13 Things to do in Uskudar: Exploring Istanbul Neighbourhoods

Tourists who want to get away from touristic Istanbul would do well to look at things to do in Uskudar, an Asian district offering visitors a chance to see the city’s local culture upfront. Sitting between trendy Kadikoy and green Beykoz, Uskudar is underrated and without a doubt, deserves more admiration than it receives.

Its colourful history shows traces of first human settlement in the 7th century BC, and by the time, the Greek and Persian wars came about, it was a prominent shipyard. Neglected during Byzantine rule, it thrived as an outskirt district, when Ottomans captured the city.

These days, locals enjoy living in one of the oldest residential areas, leading way to a strong cultural heritage that captivates newcomers. Nearby bridges and its ferry port make it easy to get to from European Istanbul, and anyone with a day or two to spare will enjoy seeing a different face of Turkey’s largest and most prominent city. Sitting on the Bosphorus shoreline, locals enjoy tapping into a waterside ambience and an amazing view every day. 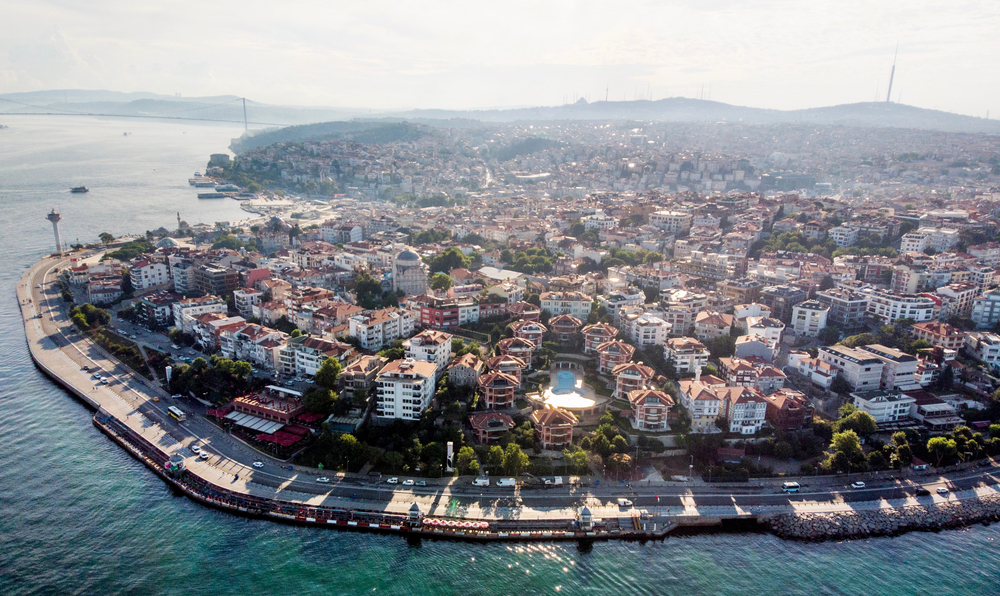 13 Fun Things to do in Uskudar

Uskudar district breaks down into smaller neighbourhoods of which some are more prominent than others. Merkez, the main centre is a transportation hub, but home to many historical mosques. Locals like to hang out in the waterfront Salacak neighbourhood, with its long promenade, fronting restaurants, bars, and view of the Topkapi Palace and other famous landmarks.

3: Do the Ottoman Thing at Kucuksu Palace

Most visitors to Istanbul see Topkapi Palace, yet Ottoman royalty built many more summer palaces and hunting lodges including Kucuksu. When sultans wanted to de-stress from ruling their vast empire, they would spend a few days hunting and relaxing here. The 19th century neo-baroque architecture style makes it recognisable for anyone on a Bosphorus cruise.

The basement was the kitchen, larder, and servant’s bedrooms, while two upper floors are where royal figures lived hence the elaborate décor. Open to the public since 1944; it takes 1 hour to see this house, that appeared in James Bond’s film, “The World is Not Enough.” 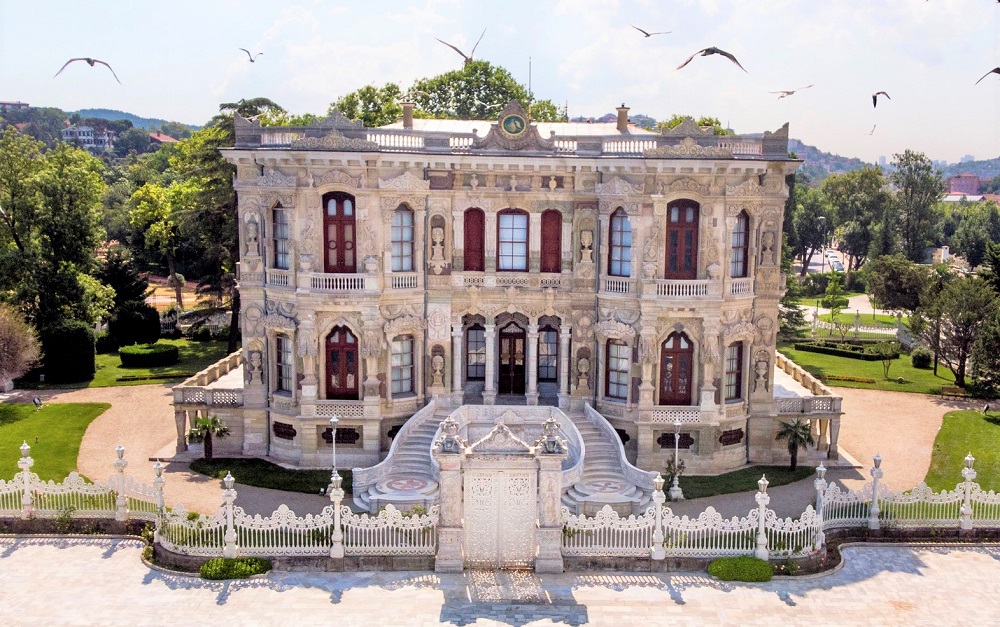 4: The Legend of Maiden’s Tower

The small but impressive tower often appear in pictures of Istanbul and legends behind it are just as captivating. One says an oracle told an emperor his daughter would die from a snake bite. So, he built the tower to keep her safe, but she received a basket of fruit, with a hidden snake that bit her and she died. Hence its name Maiden’s tower.

Called Kiz Kulesi in Turkish and known as Leander’s Tower, various uses through history were as a prison, lighthouse, and quarantine quarters. It is another Istanbul landmark appearing in James Bond’s films. Given its small size, there is nothing to tour, but the interior restaurant and bar offer a unique dining environment. Small boats head from Uskudar to the tower several times throughout the day. 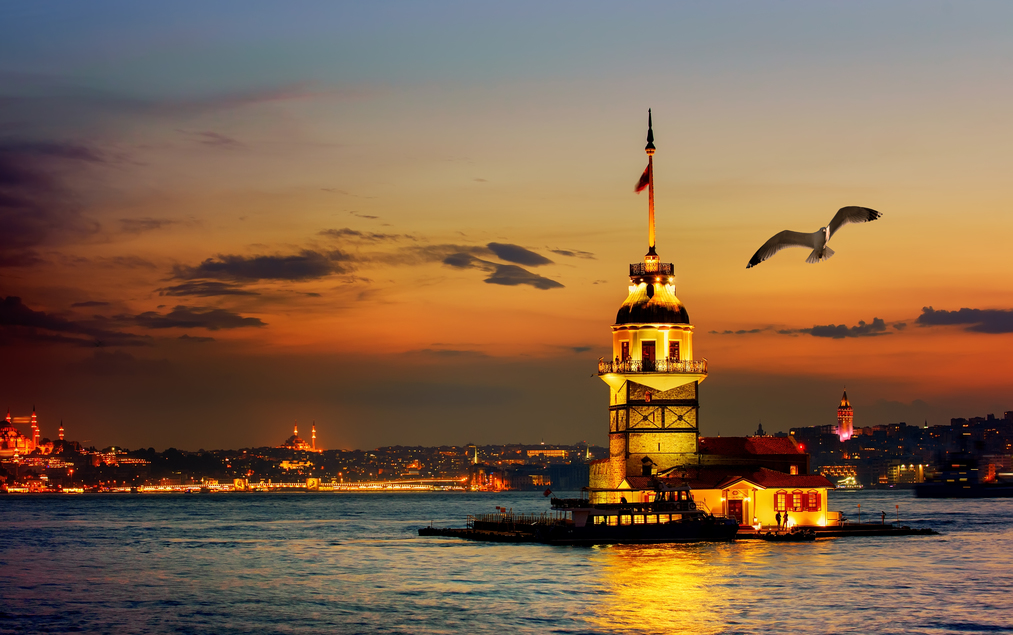 5: The Intrigue of Beylerbeyi Palace

The 19th century awe-inspiring Beylerbeyi Palace presents another chance to see lavish décor and design in an Ottoman summer home. This palace hosted foreign dignitaries hence the six staterooms. Its name translates into a lord of lords, giving a slight indication of priceless heirlooms and ornaments behind the doors.

This palace is where the mother of Sultan Abdulaziz slapped the face of Empress Eugenie of Frances. Other famous visitors include the Duke and Duchess of Windsor. With the traditional harem design for women and Selamik for men, the reception hall with its indoor fountain garners unforgettable surprise.

For drinking fountains, you cannot get any more impressive than Ahmed the third structure near the town centre. Built in an Ottoman rococo architecture style during the 19th century, it stands tall and proud on two platforms and is hard to miss. Used by locals for drinking water and washing before entering the mosque, other fountains to spot while walking around include the 18th century Gulnus Emetullah Valide Sultan, and the 19th century Huseyin Avni Pasha.

Mimar Sinan, the Ottoman empires most celebrated architect built many landmarks around Istanbul and most still stand today including the 16th century Semsi Pasha Mosque. Known for its small size, it blends in with the landscape, and its garden presents stunning Bosphorus views. Mimar Sinan built it for the Grand Vizier of the same name and generations of his family are buried in the courtyard.

Although Uskudar has hundreds of old mosques, Mihrimah Sultan Mosque in the centre is the most famous. Also designed by Mimar Sinan in the 16th century, the daughter of Suleiman the Magnificent commissioned it. Displaying typical signs of Mimar Sinan’s architectural style, key features including a high vaulted basement. The 18th century Yeni Valide mosque also boasts of marvellous interior calligraphy work. 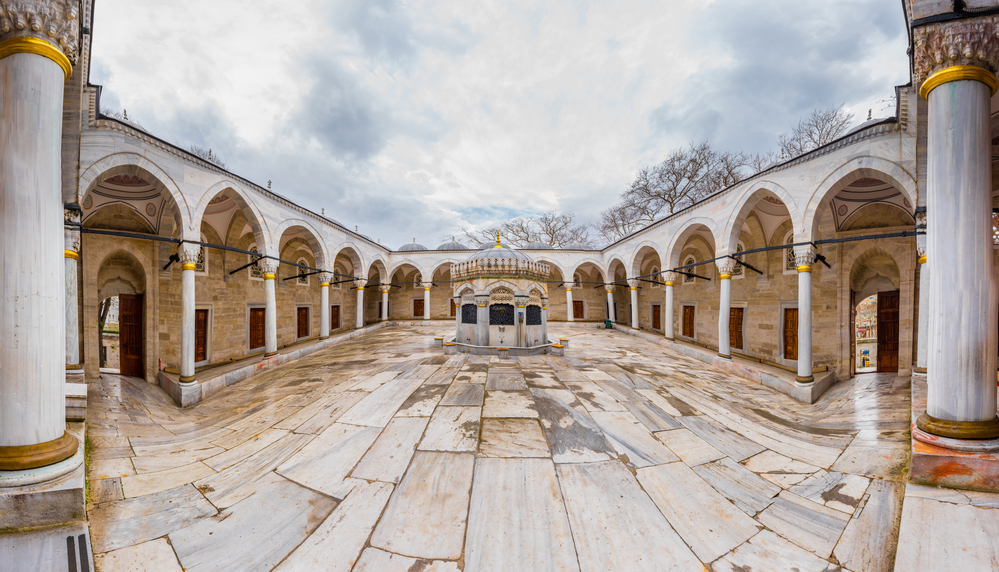 Despite Uskudar’s location in Turkey’s biggest city, they have gone far out to make sure residents can immerse themselves in green spaces, alongside its waterfront position. In Pasalimani district, nostalgic Fethi Pasa Korusu park, named after an Ottoman price is a great place to hang out and relax. As a favourite of Uskudar locals at weekends, during summer, live performances take centre stage within the platform section. Great Camlica Estate Park is another popular green space boasting of marvellous flower and shrubbery displays.

As a high point in Istanbul, Camlica hill offers amazing views over Istanbul and is ranked on Trip Advisor as the second most popular attraction in Uskudar. While you are there, relax and chill out because vendors sell snacks and refreshments. It is an uphill walk to get there, so people with walking difficulties should use a taxi instead.

First opening their doors 24 years ago, Capitol shopping mall commands respect as an impressive AVM in Istanbul. The range of top-notch shops features international and domestic brand names, but the mall doubles up as a family-friendly entertainment centre thanks to cinema and food dining establishments all under one roof. Families love Capitol because of their children’s activity centre.

Uskudar is famous for its many old mosques, yet it has a new modern mosque with an interesting background. First opening its doors in 2009, a woman designed Sakirin mosque’s interior. Circles and semi circles are a common feature of her style making this an unusual yet eye-catching religious building. Another feature of her work was a vast number of windows allowing natural light to stream in so when praying, Muslims can feel at one with God.

12: A Bosphorus Cruise from Uskudar

It is one thing to explore Istanbul on foot, but we recommend sightseeing from the Bosphorus, the heart of the city and what makes it tick. Anyone travelling to Uskudar from European Istanbul can get a quick, cheap ferry but Bosphorus cruises lasting anything from two hours to half-day excursions, allow you to spot palaces, neighbourhoods, yali mansions and other famous landmarks from a different angle. Shop around Uskudar’s ferry port, or visit tour shops in town to discover many choices of cruises. Private companies also sell Bosphorus cruises with entertainment and food included. 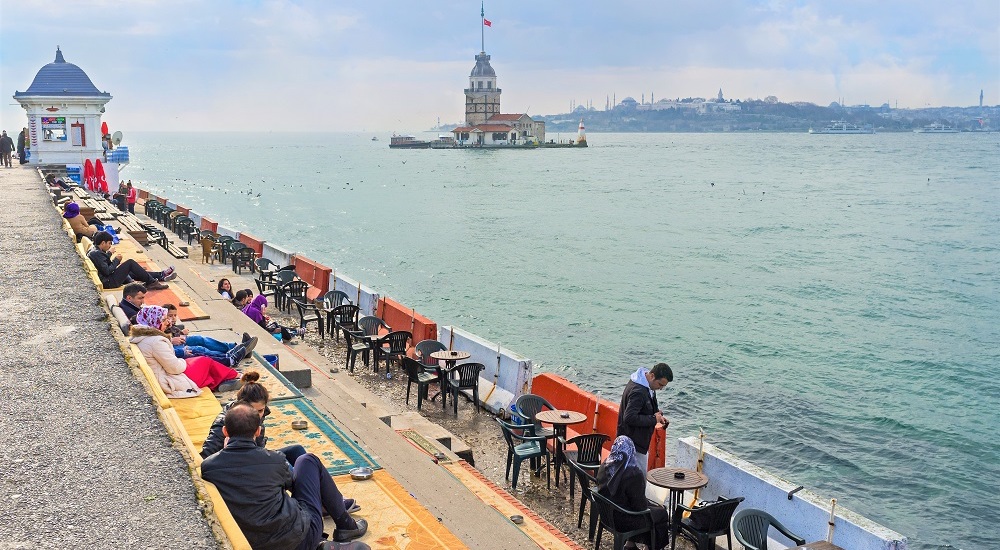 To finish our list of things to do in Uskudar, we recommend exploring, Kadikoy, another cosmopolitan neighbourhood of Asian Istanbul. The local, slow pace makes you wonder if anybody gets things done, but we like that. Turks enjoy dining in Kadikoy fish market, where you choose the fresh catch of the day or seafood and nearby restaurants cook it up for you.

Stroll down narrow streets to find second-hand boutiques and antique shops portraying the city from decades before us. Kadikoy’s vibrant nightlife scene includes many bars with live music, while shopping on Bagdat Avenue offers a suitable alternative to Istiklal avenue in European Istanbul.

You might also like to read our Istanbul general information and area guide. Talking about prominent districts, facts, figures, things to see and significant attractions, this ideal resource will benefit anyone looking to learn more about Turkey’s largest city.