Property Turkey Blog 10 Things to do in Taksim, Istanbul

10 Things to do in Taksim, Istanbul

If you are looking for things to do in Taksim, get ready, because there is a huge variety that delights everyone. Taksim, a square and significant transport hub, surrounded by bars, hotels, and restaurants, is in European Istanbul’s Beyoglu district. Known as the new city, it is a stark difference to the Sultanahmet district, called the old city because it was both the Byzantine and Ottoman empires’ ruling capitals. Taksim focuses on daily living rather than the past, but there is still some impressive old architecture and museums to visit nearby.

In this article, we start at Taksim Square and then head down Istiklal Avenue, leading off it to discover many sights and tourist attractions. As Turkey’s busiest street, everything happens here, and as you make your way around attractions, you will get thirsty and need to stop off for lunch.

In which case, take your pick from hundreds of restaurants and bars lining the street. Whether you want to try traditional Turkish dishes in a small lokanta, opt for food on the go from the street vendors or splash the cash on fine dining, you will find it here. International and brand name shops to small markets offering a one-to-one service with a local business owner, also make it a shopping haven in case you want to pick up souvenirs or splash the cash.

10 Fun Things to do in Taksim and Beyoglu

An unwritten rule says tourists should have their photograph taken in Taksim square, next to the Republic monument. Erected in 1928, it signified five years of the Turkish Republic that was still in its infancy following the Turkish War of Independence. Taksim Square Monument is also a meeting point for friends and walking tours. Look across Taksim Square to see Ataturk Cultural Centre. This critical building will be the new look of Istanbul’s opera house when open in 2021. From here, let us head down Istiklal Avenue for a walk, or if you prefer, you can ride. 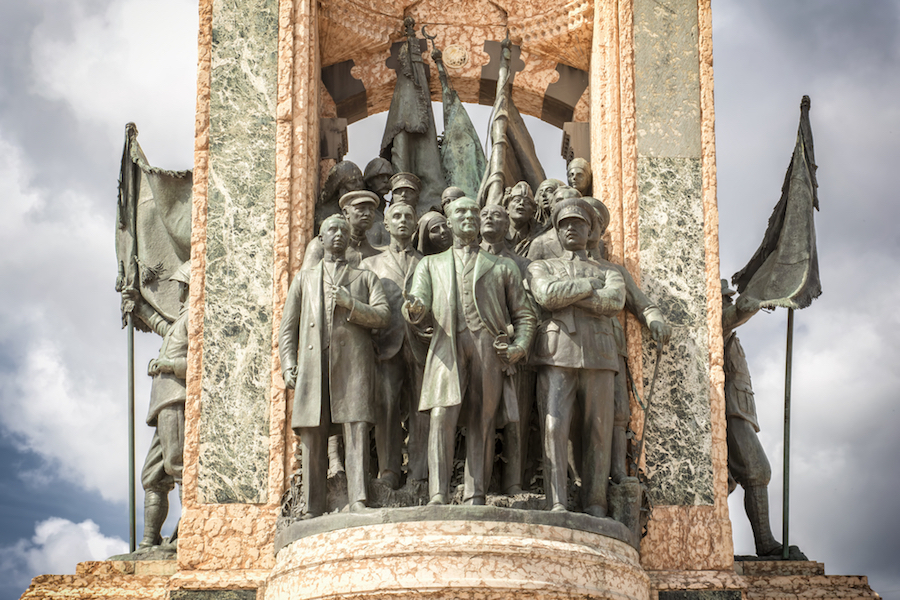 Look at any picture of Istiklal Avenue, and it will most likely feature the famous red tram following the route from the north to Galatasaray square. First operating in the 19th century, it spent a brief period out of operation but was revived and is now an iconic symbol. It runs on a pedestrian zone, so travels at a slow speed but this is a perfect way to take in views or go back up the street. Once again, the red tram is an obligatory photo moment. 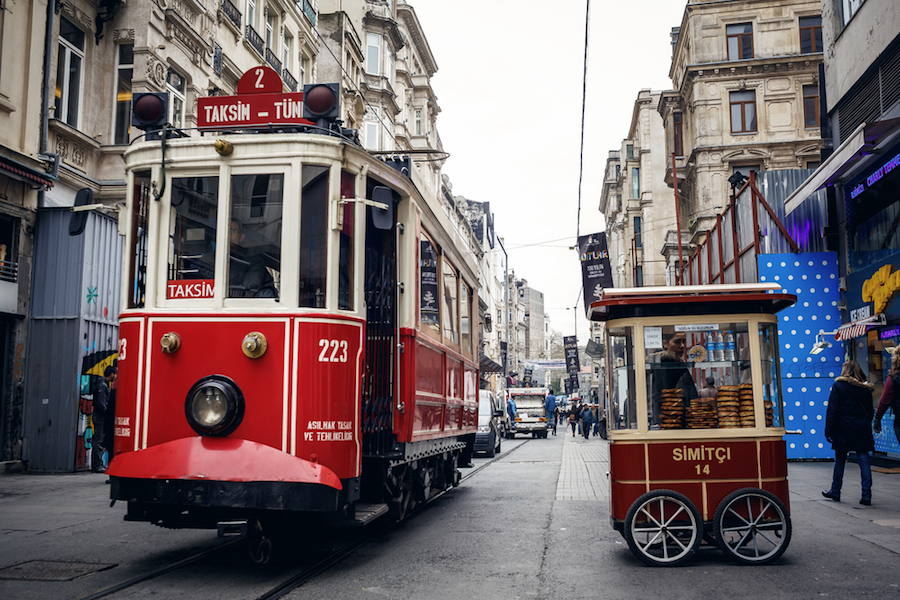 You do not have to be Christian to enter inside this church and, regardless; we recommend popping your head behind the doors to see the marvellous interior architecture. This is the largest Catholic church in Istanbul and since priests still hold services, it also gathers the largest congregation. Opening its doors in 1912, the exterior red brick facade makes it recognisable but a must-see is the interior stained-glass windows. The church also accepts donations and visitors light candles in memory of loved ones.

Keeping up with other major city of the world, Istanbul has a Madame Tussauds. International models include Madonna, Beyonce, Lady Gaga, Bob Marley and Justin Bieber. The display comprises several Turkish and international sports figures and people from history like Ottoman sultans and Mustafa Kemal Ataturk, the founder of modern-day Turkey. No Madame Tussaud would be complete without the time-honoured favourites of Marilyn Monroe and Audrey Hepburn.

If by this time, you are need of food and drink, an excellent place to stop is the 19th century Flower Passage, where you can also admire the tall architecture and nostalgic story. The L shaped building started life as a theatre. However, a fire ensured that ending, as shops replaced its primary trade. It got its name Flower Passage from the Russian immigrants who came to Istanbul during the Russian revolution of 1917 and sold flowers to make money. Visit late afternoon, or at night time, expect it to be brimming over with full tables. For the curious travellers, the portraits on the upper level are of people who were regulars in decades gone by. 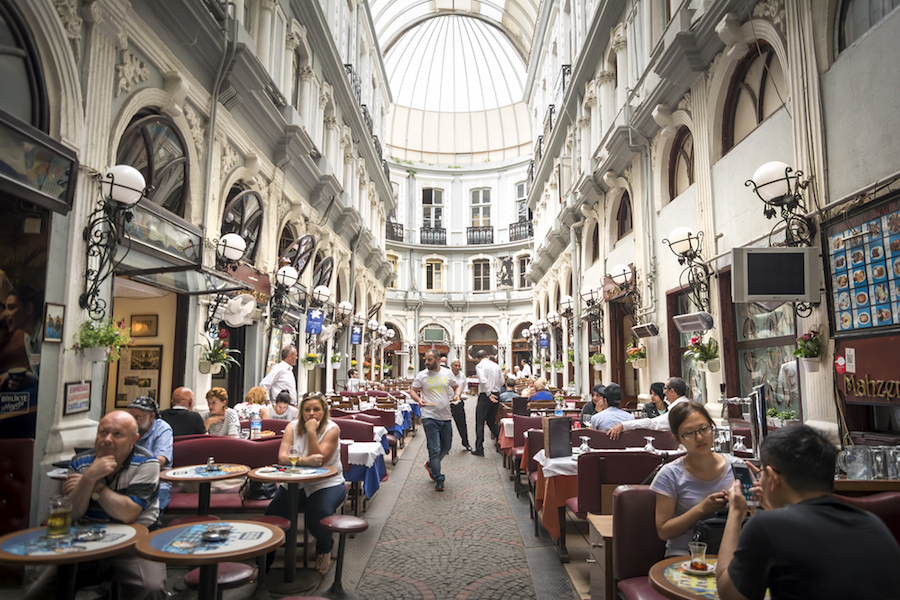 6: Expensive Paintings at the Pera Museum

Even if you do not love art, still visit the Pera Museum because it holds Turkey’s most expensive painting. The Tortoise Trainer by the famous Turkish artist Osman Hamdi Bay sold for a staggering 3.5 million dollars in 2004 and is now the star exhibit. Otherwise, for art lovers, this private collection of orientalism works surprises and delights at the same time. 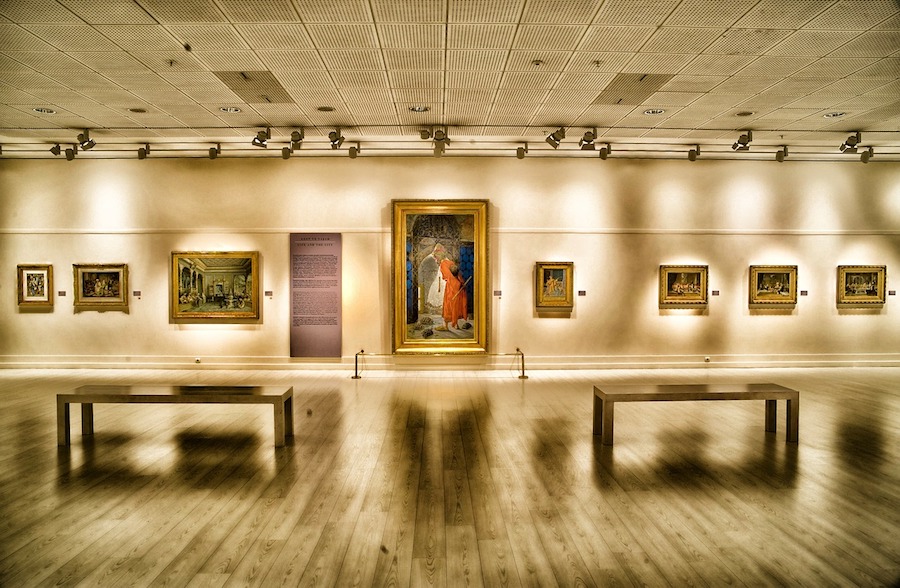 Take a slight detour to see the Museum of Innocence, which is the passion and dream of Orhan Pamuk, one of Turkey’s most famous and celebrated writers. In a 19th-century house, it compliments his novel of the same name by portraying life for ordinary families from the mid to late 20th century. View the marvellous collection of everyday items on their own or with an audio guide for the fuller story of whom they belonged to and what they represent.

Continuing the theme of days gone by, the Cukurcuma neighbourhood covering the backstreets is famous for antique shops. Brimming with objects covering many decades, some people furnishing their houses with old themes come to Cukurcuma. You do not have to buy anything. Instead, enjoy a journey into Istanbul’s history away from famous landmarks and tourist attractions.

Reaching the end of Istiklal Avenue, we take a slight detour right to arrive at the Galata Whirling Dervish Museum. To see a whirling dervish SEMA show, where followers circle to be at one with God, buy your tickets here. Otherwise touring the museum, gives a marvellous insight into life for Turkey’s whirling dervishes over the centuries and the beginning of the 20th century, when their practice was illegal.

One option to finish your tour is to walk back or get the tram. However, to continue exploring, follow the street downhill to arrive at the Galata district. As home to the famous tower, of the same name, this is worth going up for a fantastic panoramic view over the Golden Horn, an integral waterway separating the two halves of European Istanbul. Another option is to go over Galata Bridge and explore the Eminonu district, home to the famous spice bazaar and New Mosque, which is open to visitors, outside of prayer time.

So that is our list of things to do in Taksim down to the Galata bridge, but to spend more time in Istanbul, also see the famous Fatih district. As home to iconic buildings like the Topkapi Palace, Blue Mosque and Hagia Sophia, it is Turkey’s top visited tourist attraction. 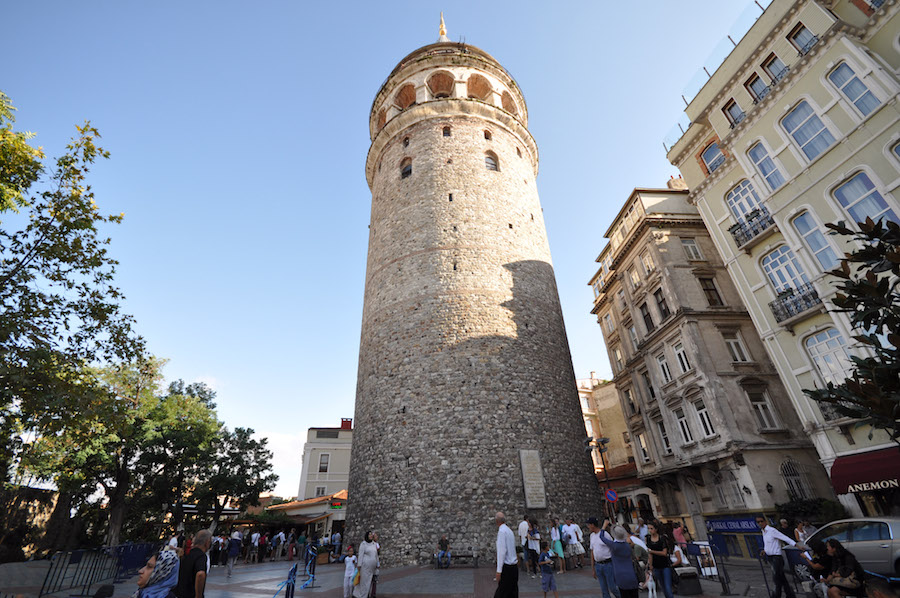 Famous Buildings in Istanbul: From old and ancient to new, modern, and trendy, Istanbul is an architect’s playground. From imperial palaces to massive skyscrapers that dominate the skyline, this list of must-see buildings is a whirlwind tour showing why Istanbul is Turkey’s leading city.

Explore Asian Istanbul: Tourism focuses on the European side, yet the lesser talked about Asian side has much to offer. In this article, we talk about where to go and what to do, to explore this underrated area.