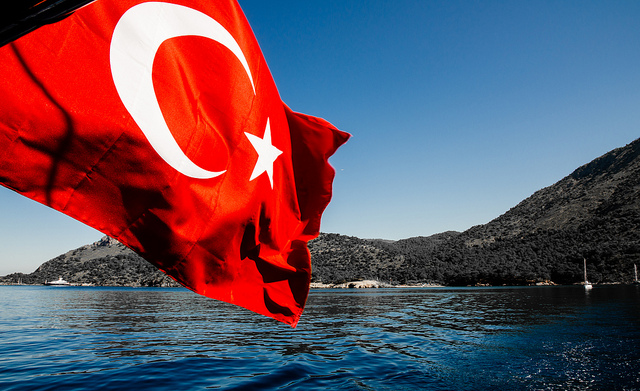 Hotels that reopened to the public when the normalisation process commenced, following the COVID-19 pandemic that saw a break in the Mediterranean and Aegean, are seeing their occupancy rates reach pre-pandemic levels according to a statement made by the chairman of the Turkish Travel Agencies Association (TURSAB).

Firuz Baglikaya, the chairman of TURSAB, has said that the occupancy rates of boutique hotels in Turkey and rented Turkish villas have returned to full capacity in Kas, Kalkan, Fethiye, Datca, Marmaris and Bodrum on the Mediterranean coastlines, along with Cesme on the Aegean.

Baglikaya also said that the main source of the demand of Turkish hotels for resort towns has been domestic with Turkish citizens taking holidays.

In Istanbul, approximately 15% of hotels have reopened fully, while areas that are more popular with tourists have closer to 40% of hotels currently open. Regardless, occupancy rates in Istanbul’s hotels that have reopened seem to be at a good level.

According to a survey conducted by the TURSAB, Baglikaya said that the pandemic process had increased people’s motivation to travel and spend more time in holiday resorts by almost 20% in total, with most people prioritising cleanliness and security above the price they pay for their holidays.

According to the same survey, the main domestic tourists came from Istanbul, western Izmir, the capital Ankara, north-western Bursa, and southern Mersin provinces. It was also noted by Baglikaya that the Aegean region had led the domestic demand, while the Mediterranean, Maramara regions and northern Black Sea followed.

The survey found that 65% of people prefer to vacation near the sea when they holiday, and Baglikaya explained that: “15% of them go to their hometowns, 5% prefer culture tours and 5% prefer nature tourism.”

Loss of tourism and a potential solution

Over the course of 2020, Baglikaya noted that the country was expecting a 70% loss in foreign tourism with around 16 million tourists and 70 billion TL (10 billion USD) lost in revenue as the year ends.

He did however, underline that the United Kingdom’s decision to employ quarantine restrictions and mandatory quarantine to those arriving from Spain may help to boost the Turkish tourism industry since the UK has no required quarantine for those arriving from Turkey. This could make a huge difference as Spain usually receives 18 million tourists from the UK annually, many of which, could now look to Turkey for their summer vacations.