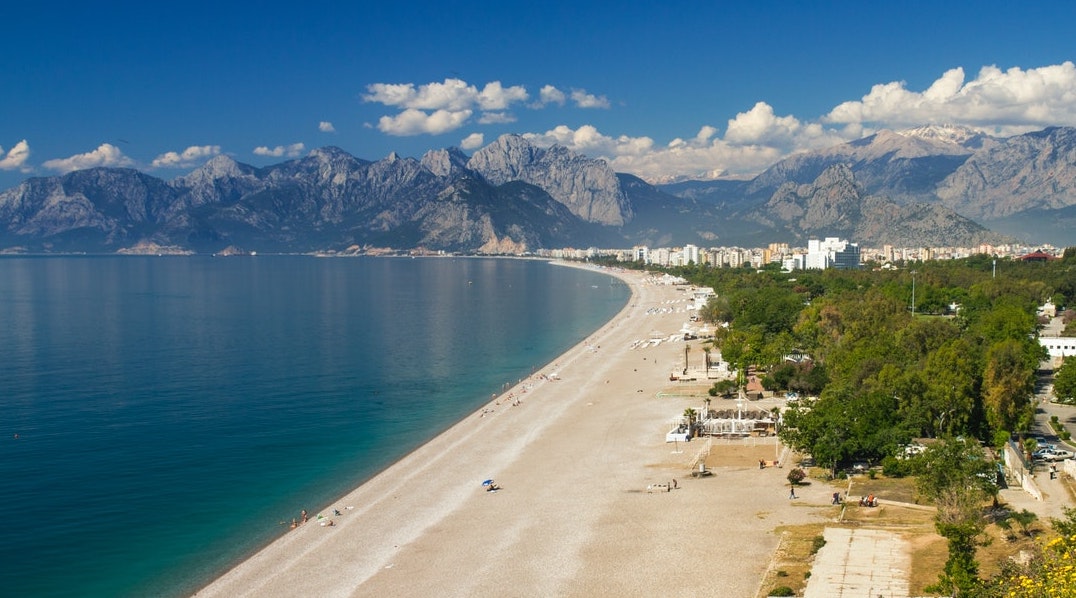 In the popular southern costal Mediterranean city of Antalya, hotels are set to reopen after the announcement by Moscow of flight restrictions being lifted to Turkey. Representatives from the tourism sector – key to the economy of Turkey – have hoped that they will now be able to recover some of the losses. There is plenty of optimism as many have stated the high demand of tourism from Russia is being followed closely by European countries that one by one are removing Turkey from the high-risk COVID-19 country lists.

What the professionals have to say

According to the professionals in the tourism sector, Turkey has outperformed rival countries with regards to German vacationers, for example; they seem to prefer Turkey’s tourist hot spots over competitors like Spain and Greece. Tourism professionals have unanimously agreed that “Antalya is clearly ahead.”

“We have been closed for about 20 months. We were quite pleased by the lifting of the flight restrictions by Russia,” a general manager of a hotel in Antalya explained. He continued to say that: “the additional gradual lifting of restrictions from Europe gives us hope for the remainder of the 2021 season” since Russians make up 80% of the guests at his hotel.

According to an expert, Turkey is ahead of other countries, competitors of Turkey. He said that they expected to host over two million tourists in Turkey from Germany this year if nothing is put in the way to prevent this, saying: “Turkey is number one for Germans. Reservations even surpass Spain.”

A German tourist, who was vacationing in the resort town of Side, told that she knew Turkey needed visitors. Side, her chosen vacation destination, is well known for its ancient ruins which overlook the stunning beach. “I think the easing of travel restrictions to Turkey was long overdue,” she said, once she had finished getting a traditional scrub and bath from her hotel’s hammam.

Businesses and the tourism sector

Many businesses in Turkey have suffered as a result of the pandemic, and Turkey’s tourism is no different; in 2019, it brought in a revenue of 34.5 billion USD, and nearly 52 million visitors. In 2020, this dropped by 69% and revenues fell to about 12 billion USD, according to the tourism ministry.

The President speaks on the matter

This year’s season is crucial, according to the President Recep Tayyip Erdogan, who said: “We will ensure that tourism professionals can utilise at least the second half of the 2021 season. We aim to get a much bigger share of the tourism pie”, as well as recoup at least some of the losses.

With daily infections down, some countries began to reassess their travel warning restrictions. France and Germany removed Turkey from their high-risk category, and flights resumed to and from Russia. The industry is hoping that soon the UK will follow suit.

The requirements for Turkish travel

Turkey’s civil aviation continues to update their requirements, with the latest being June 21, when they instructed that a negative PCR test within 72 hours of arrival would be required for any traveller who had not had their full vaccinations or could not show proof of recovery from COVID-19.