Over the last two months AKP has failed to reach any kind of agreement with any of the opposing parties - mostly because these parties are determined to suppress AKP’s power. Now, it looks like Turkey’s facing a repeat election.

Erdogan seems to be banking on a new vote reviving his party, putting him on course to reshape Turkey’s democracy - namely by transforming the largely ceremonial presidential role that he holds into a more powerful position. The president has already been stepping out of the bounds of his role, calling the shots in matters of state.

While Erdogan’s Justice and Development Party won the most votes in the June 7 election, it fell short of a majority for the first time since it came to power in 2002. After a delay of several weeks, Prime Minister Ahmet Davutoglu began talks with Turkey’s pro-secular party leader Kemal Kilicdarogu, seeking a common ground on which to build a coalition. On Thursday, talks broke down, with Kilicdaroglu accusing Erdogan of obstructing coalition efforts.

Davutoglu then held a meeting with the leader of Turkey’s nationalist party, which also broke down, leaving the country with little option but to return to the polls, probably in November. Erdogan is clearly hoping that the party will reverse its losses, with voters who left the party returning to avoid the prospect of more coalition wrangling.

An Istanbul man who came up with a novel way of proposing to his girlfriend became the bane of drivers’ lives when he held up a major city road.

The man and his friends brought traffic on Istanbul’s D-100 highway to a halt using a seven-car convoy. The man jumped out of his car and approached his girlfriend’s vehicle. Getting down on one knee on the blocked motorway, to a backdrop of increasingly agitated horns, the man asked his girlfriend if she would marry him.

The police were less than impressed with the romantic gesture and arrested all seven drivers, confiscating their driving licences in the process.

It’s not known whether the marriage proposal was successful. 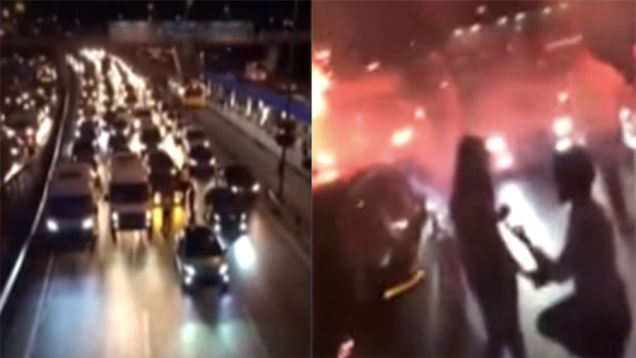 Plastic balls might be the solution to Turkey’s water problems

Like much of the world, Turkey has suffered water shortages over the last few years. Much of the problem is the summer heat causing reservoirs to evaporate - it’s thought that around 25 percent of water is lost this way.

However, a grapefruit-sized plastic ball - known as a shade ball - could be the answer to Turkey’s water shortage problems.

Ankara-based entrepreneur Erkan Koca began manufacturing the shade balls last year, but no one was interested until Los Angeles began using similar balls produced in the US. Now, interest is growing in Koca’s idea.

The shade balls float on the surface of reservoirs, protecting the water from the heat of the sun.

“When a shade ball is used, much of the sunlight is prevented from hitting the water, chemical reactions are halted and evaporation is cut down,” Koca said.

The hard, plastic shade balls are grey, and contain water, which absorbs the heat of the sun, protecting the water in the reservoir beneath. The balls also restrict the growth of algae, which means less treatment is needed to clean the water.

Los Angeles became the first US city to use shade balls, with 96 million balls covering the 710,000 square metre Los Angeles Reservoir. The city hopes to conserve around 300 million gallons of water each year by using the simple technology.

Koca’s company is one of three in the world currently making the balls. 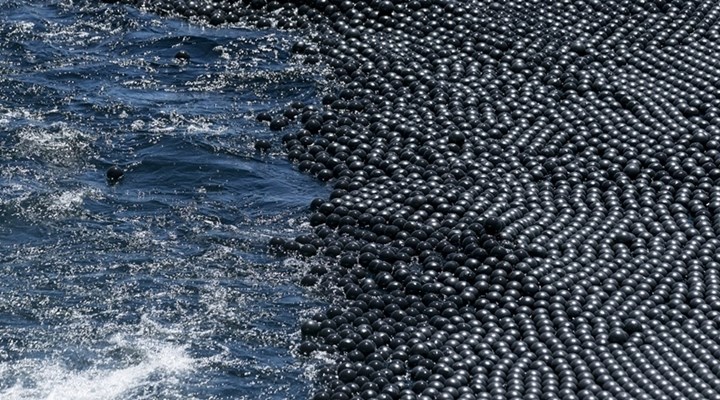 Turkey’s first solar-powered public bus is taking to the roads this week in the country’s largest city, Istanbul.

The bus is part of Istanbul’s efforts to reduce carbon emissions, save fuel costs and promote a cleaner city. Each bus will have 15 sun panels fitted on the roof and will be inscribed with the words “We thought of the future and used solar power in public transport”.

While one bus will be launched this week, several more will join the fleet over the next few days.

Public transport in Istanbul makes up 30 percent of the city’s daily transport. 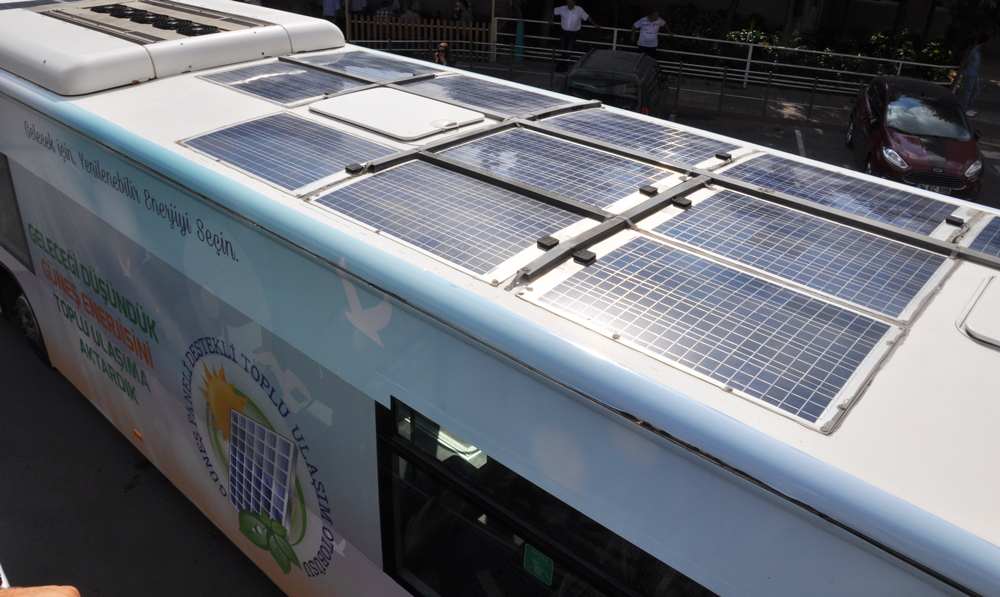