Property sales in Turkey continue to soar in 2019 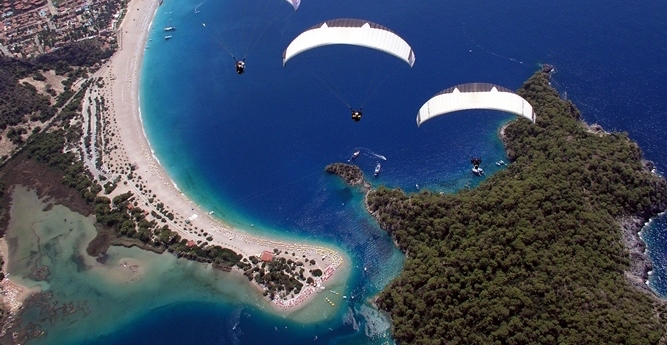 Turkey’s property market continues to rise with real estate sales to foreigners in May being the highest ever. As a result, the market has enjoyed the highest foreign sale figures month-on-month since the beginning of the year with June continuing to impress.

In June, foreign purchasers rose by 62.5% equating to 3,925 properties being sold, a sharp increase from May when there were 2,415 properties sold. According to TURKSTAT (the Turkish statistical institute) January to May this year has seen significant growth in house sales to foreign buyers. The figures show a massive 77% increase.

Why is there such an increase in the market?

Representatives from the property sector say that the legal amendments and incentives that have been introduced particularly with foreigners in mind is what has led to the increasing number of sales.

The first four months of this year have recorded their highest figures ever with regards to property sales to foreign nationals. Foreigners purchased 3,168 properties in January, 3,321 properties in February, 3,129 in March and 3,720 properties in April, which are year-on-year increases of 81.9%, 92.1%, 71.3% and 82% respectively.

Which areas in Turkey are most popular?

The country’s most popular area with foreign buyers is Istanbul, with property in Istanbul sales in May increasing by an enormous 103%, there were 1,734 properties sold which is an increase of 880 properties from the same time last year.

The area rankings are almost identical during the January – May period. Istanbul remains top with 7,894 properties sold followed by Antalya where there were 3,425 sales. Ankara recorded 977 sales, Bursa 878 sales, Yalova with 688 sales and Sakarya accumulating 520 sales.

Which nationality buys most property in Turkey?

Citizens from Iraq are still top when it comes to foreign sales. Last May, Iraqi citizens bought 407 properties with this May increasing by a further 190 properties. Iran followed, then Russians, Afghans, buyers from Saudi Arabia and Germans.

Citizens from Libya recorded the highest property purchases, which were up by 493%. This was followed by Yemen, United States of America and Egypt who all recorded increases of 198%, 162% and 161% year-on-year.

Why do foreigners buy Turkish properties?

For decades foreign investment in Turkey has been popular, however it has risen substantially in recent years. It could be concluded that there are three separate types of foreign owners. The most popular would be those who purchase a holiday home after they have found an area of Turkey that has won their heart. Next come those who are retired and are looking for a simple and economical country that gives excellent health care and warm weather. Finally are those who choose to buy property as an investment or purchase to renovate or rent out to give them a revenue stream.

Properties are usually cheaper than areas such as the Gulf States or EU and buyers can get a lot for their money. Choosing to make Turkey your retirement home means you can benefit from there being no inheritance tax and a cost of living that is much cheaper than other popular countries within the EU.

On top of that, there is the pace of life which is certainly far slower and the healthy food on offer, not to mention the sun that always seems to shine, there is no doubt that Turkey is a desirable place to live.