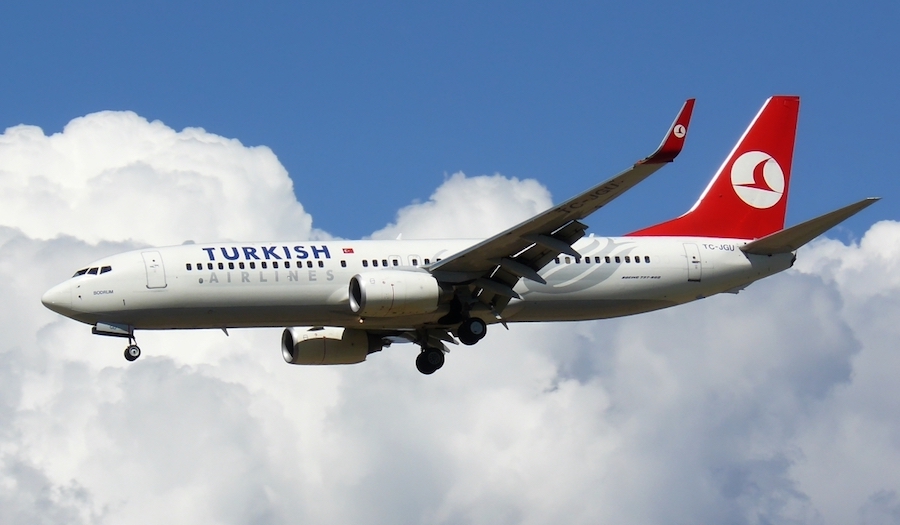 Compared with the same period in 2018, January and February of this year have seen an increase of 216,490 passengers on domestic and international flights travelling through Ataturk International Airport, Sabiha Gokcen and the new Third Istanbul Airport.

There were approximately 9.8 million passengers that arrived and departed from Ataturk according to the data prepared by DMHI (General Directorate of State Airport Authority.) At the same time of the year, 3.35 million and 1.89 million passengers used Sabiha Gokcen Airport for foreign and domestic flights respectively.

A total of 119,286 domestic passengers and 83,310 international passengers used the new Third Istanbul Airport, with the airports first phase officially being opened from on 29 October. Total passenger numbers at all three city airports reached a staggering 15,285 million in the first two months of 2019.

What is the most popular airport in Turkey?

In the first two months of 2019, Turkey welcomed 26.8 million air passengers around the country. From this figure it can be deduced that 57% of passengers arrived at airports located in Istanbul. During this same period, Ataturk International Airport remained the most popular airport in the country, receiving 51,106 international flights and 18,862 domestic flights.

In second place Sabiha Gokcen Airport was the destination for 21,419 domestic and 14,273 international flights. The Third Istanbul Airport was host to 767 international and 911 domestic flights from January through to the end of February. Data showed that there were 107,338 planes that took off from and landed at all three airports, approximately 1,780 more than the same period last year.

Looking at the 56 airports in Turkey nationwide, Ataturk Airport in Istanbul on the European side of the city was by far the busiest with 9.8 million passengers. However, once the new Third Airport is fully open in 2028 with all four phases complete, there will be six runways with Istanbul airport set to become an aviation hub globally. The airport will have the ability to serve 100 different airlines and flights to at least 300 destinations around the world. In 2018, Turkish airports together dealt with approximately 210 million passengers through the year, whilst the number of planes that used Turkish airspace including overflights stood at over 2 million.

What can you expect from the new airport?

Once completed the new airport will sit amidst 18,780 acres and have the capacity to handle over 200 million passengers in a single year, which will see it become the world’s largest airport by passenger numbers. The airport will also offer over 50,000 square metres of Duty Free shops, with the area inspired by the famous waterway in Turkey known as the Bosphorus. Shops will have seven sections with concepts, including "Fashion Garden," "Family Palace" and "Style Beach," each selling brands related to its theme.

The airport will feature an on-site boutique hotel that will offer land-side and air-side access. The air-side is to be situated near Duty Free and is essentially for passengers who don’t want to leave the airport once they get off the plane. Land-side bookings will be for passengers that have not gone through passport control or customs.

The Third Istanbul Airport is located 22 miles from Istanbul centre and the air traffic control tower is shaped to resemble a tulip, which is the symbolic and most popular flower within Turkish culture. One of the main reasons for the new airport is the rapid growth of Turkish Airlines and Istanbul as an international hub between East and West.

Built in partnership with a worldwide hotel chain, these outstanding beachfront properties enjoy magnificent open panoramic views across the sea and are just minutes away from a private bay and excellent on-site social facilities.

One of our top investment or lifestyle opportunities in the entire city, this panoramic sea view project is found in the city centre of Istanbul in Cihangir and offers apartments for sale in sizes ranging from one – two bedrooms.

In the heart of Istanbul, these city centre apartments are for sale in Sisli area and would be suitable for those wanting to live permanently with a family in Turkey, just a few minutes away from a Metrobus station and amenities.

An opportunity not to miss, this boutique project offers two and three bedroom apartments for sale in the highly desired central area of Besiktas in Istanbul and is just a short walk away from central monuments and famous landmarks.