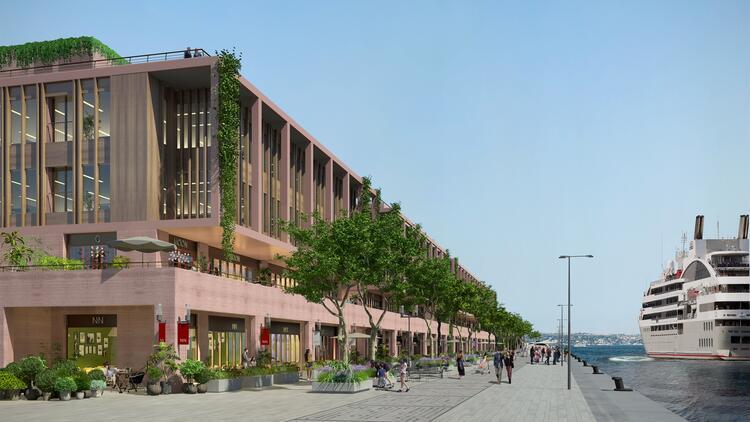 Galataport is set to return the Karakoy coastline in Istanbul to the public after 200 years. The port will take up the role as one of the top cruise destinations in the city and make a huge contribution to local tourism.

Galataport has undergone major renovation and will see the first ship anchor in August to open a new era for tourism, as it has set its sights on becoming a top cruise destination around the world.

The vice-chairperson Mehmet Bali is responsible for the marketing and said that Galataport will gradually open in the month of August.

The first ship will come from Sochi, the Black coastal city in Russia and will be carrying 800 passengers. The ship will then continue to the Black Sea once it has docked in the port in Istanbul.

Aim of the project

When speaking about the project, Bali said the Galata neighbourhood in Istanbul is a place where innovation, history, and aesthetics are all combined. When talking about how important the project is within relation to the cruise and tourism industry, Bali described that within the project scope there is a terminal that has been constructed underground and measures 29,000 square metres.

The new terminal port has been designed underground so that people residing in Istanbul and visitors to the area are able to enjoy the promenade without the cruise operations causing any type of disruption. There are also plans for an underground carpark.

The expectation is to welcome 1.5 million cruise ship passengers every year, and Bali highlighted that people who holiday on cruise ships tend to spend more when compared to other tourists, making this a winning contribution to the local sectors. Bali said: “The terminal is ready; our operational centre is ready as well.”

Where is the Galataport project?

The port project is situated on the shore of the Karakoy district of Istanbul. When finished, the area will offer many art centres, a variety of boutiques and hotels, restaurants, cafes, a world-class cruise terminal, as well as office spaces. The terminal has a port space that has the capability to offer services to the largest vessels in the world, as well as a dedicated passport terminal, areas to check-in, and spacious waiting rooms. The project has a build area that covers 400,000 square metres.

The Galataport has set an example for similar projects to take place all over the world. The underground terminal with a unique cover system is the first of its kind worldwide. Galataport Istanbul has made a promise to all its visitors to provide them with a venue that can offer art, culture, shopping, eating, and work opportunities under one roof. Better still, once the project is totally operational there will be job vacancies for 4,500 people.