The Galata Tower of Istanbul and the Karakoy District

For a fantastic panoramic view over Istanbul, head to Galata Tower in the Beyoglu district. As one of the city’s most iconic landmark buildings, every day, it hosts hundreds of people eager to find out what all the hype is about. Not only that, it’s illustrious history, makes it an exciting story.

Let us go back to 528 when the Byzantine emperor Anastasias built the original version as a watchtower, and it got the name “Big Zodiac.” It served its purpose as a lookout over the Golden Horn, which was then a crucial part of the city. Anyone who conquered and took control of the Golden Horn had the upper hand. Over the centuries though, it suffered from many fires, and by 1348, the Genoese rebuilt it and named it the Jesus tower.

150 years later, the Ottoman were now ruling over Constantinople, and the 1509 earthquake caused much damage. Life continued though, and its purpose changed from a prison to a set-off point for Hezarfen Ahmed Celebi, who wanted to be the first man to fly via gliding. Bit it would seem luck was not on the tower's side because a mass fire destroyed much of it in 1794, and again in 1831. Repairs changed its appearance, including the conical cone, placed on the upper level with a viewing platform, that these days is a pivotal skyline point.

If history interests you and you want to know more about the tower, check out a book called Galata, Pera, Beyoglu: A Biography by Guher Beydes, John Freely, and Brendan Freely. The publication talks about the tower and the Beyoglu area surrounding it, through history, and by looking at buildings, they tell the tales of people who lived in them. 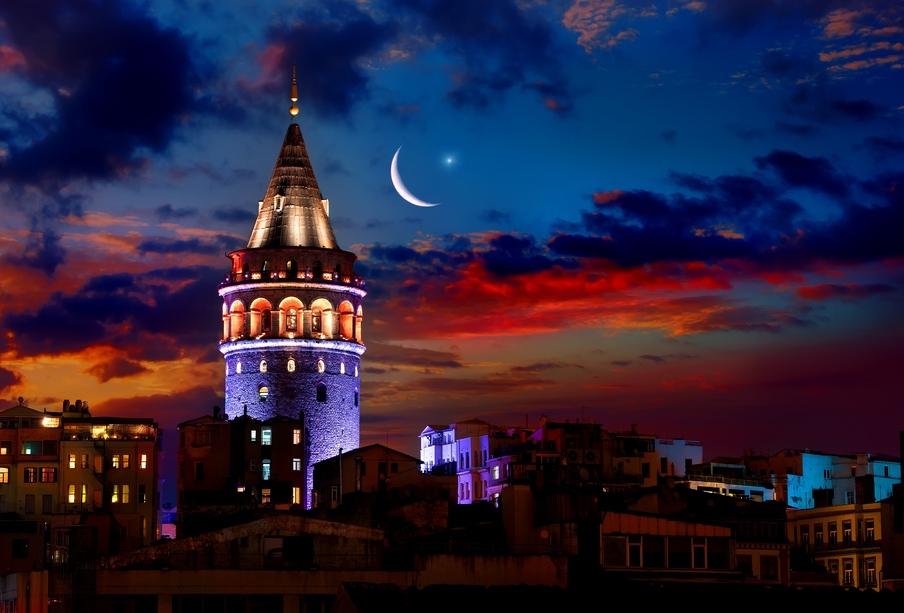 Galata Tower and the Karakoy District

Galata tower sits in the Karakoy quarter, of the larger Beyoglu district. If time allows, explore the side streets to discover more and gain a sense of nostalgia. Karakoy is the new name for the area that was the same name as the tower. Covering a large section of the European side, it sits on the Golden Horn and marks the entrance to one side of Galata Bridge.

In the 19th century, during Ottoman Empire rule, it was the banking centre, and these days is also known as a desirable place to buy a property and live. The name Karakoy means dark village, yet this is an inaccurate description of this vibrant district brimming over with religious and cultural heritage.

Occupied since the Byzantine period, history shows us it has always been a multi-cultural hotpot, with Greeks, Jews and Turks living side by side. After the Russian revolution, many Russians moved to the area.

Fast forward to today, and street-side cafes became the focal point, but its crowning glory is as a major ferry port. Ferries are the preferred method of transport for many Istanbul locals, and Karakoy is a springboard to other districts on the European and Asian sides. Huge cruise ships carrying passengers from countries around the world also dock in for them to experience the delights of Istanbul.

If fish and seafood is your preferred cuisine while in Istanbul, we recommend the restaurants in Karakoy. As experts in their trade and specialising on this one cuisine, their reputation is renowned and locals often flock there at weekends. 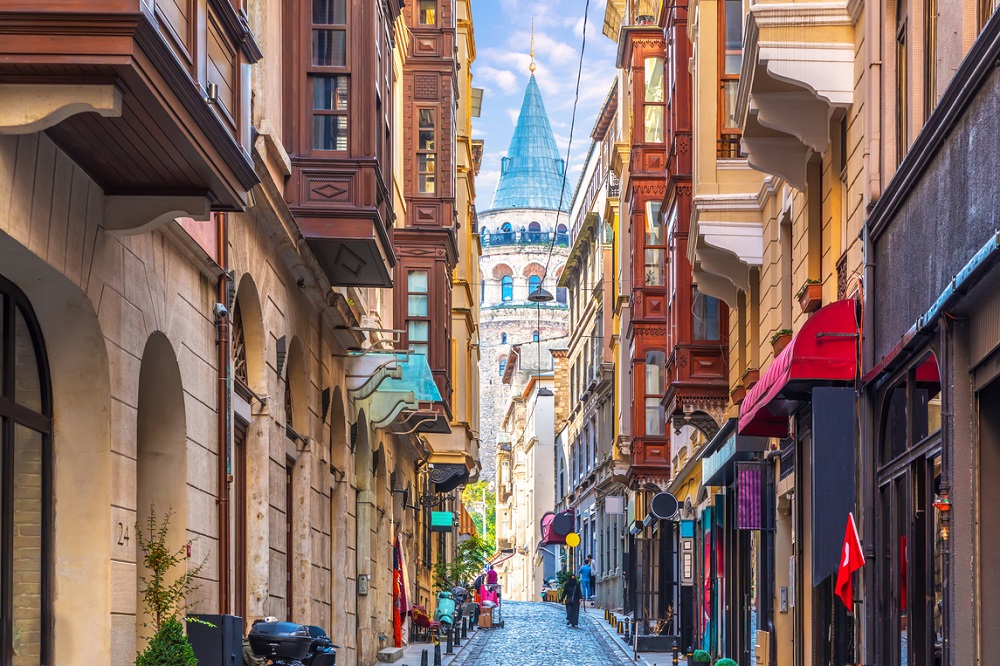 Handy to Know: The Quincentennial Foundation Museum of Turkish Jews is in the Karakoy district. Open since 1992, it explores 500 years of Jewish and Turkish relations and is significant because, from 1452, large amounts of Jews lived in Karakoy when other nations expelled them. Also watch out for the famous 19th century Camondo stairs, a worthy camera moment.

After exploring Galata tower and the Karakoy district, if you have time left, head up to the tourist attraction of Istiklal avenue to find more sights, iconic buildings, the famous red tram system, and attractions. Running up to the Taksim square independence monument, this street is Turkey’s busiest and a must-see while in Istanbul.

Famous Buildings in Istanbul: Istanbul is so full of landmarks buildings that rank as some of the world’s most iconic. From the grand Hagia Sophia that was a former church, and a mosque to the Haydarpasa train station building on the Asian side. If you want more sites to explore, this list gets you off to a good start.