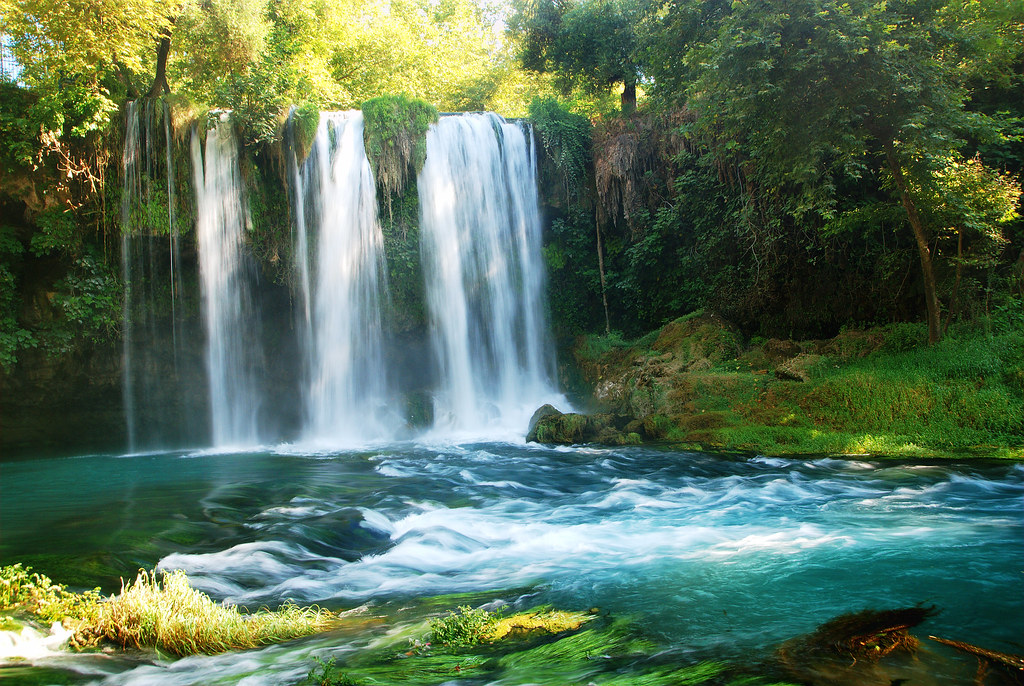 Since the beginning of the pandemic, nature has slowly reclaimed its place in the world. Jellyfish and octopuses have been seen gliding through the narrow canals of Venice, mountain goats causing havoc in towns across Wales in the United Kingdom, as well as dolphins taking residence in the Bosphorus in Turkey’s own heart, Istanbul. Mother Nature is taking back what was hers around the world, and Turkey is no exception to this.

The famous Duden Waterfalls are located in Turkey’s southern province of Antalya, and are usually visited by approximately 700,000 tourists every year. This however changed when the lockdown was introduced due to coronavirus pandemic affecting the world.

Though the waterfalls have been closed since the lockdown first started, the Antalya Metropolitan Municipality teams have continued cleaning the waterfalls throughout the month. Duden Waterfalls Operation Manager Rifat Unal explained that there was a huge number of tourists at the waterfalls before the pandemic, both foreign and local.

After emphasising how clean the waters had become in the past months, as well as the vast improvement in the vegetation surrounding the waterfall itself, Unal continued by saying: “We can observe that nature has cleaned and renewed itself. This is very obvious. In this epidemic period, nature is renewed in a real sense.”

While there have been strict measures put in place that have affected millions in Turkey since the beginning of the COVID-19 pandemic, these measures have allowed a renewal in nature across the country.

In the metropolitan city of Istanbul, dolphins were seen playing in the Bosphorus Sea by the Galata Bridge, swimming just off the shores of the historic peninsula, where dozens of fishermen would usually have enjoyed the beautiful spring weather.

In the north-western province Bursa, a Eurasian brown bear was seen approaching a cable car station in search of food, despite being rarely seen in times of normality. In Cemisgezek town, in the eastern Tunceli Province, mountain goats descended on towns which were now void of humans. Finally in Sindirgi district in the west of Balikesir, storks filled the town square showing nature was returning once again.