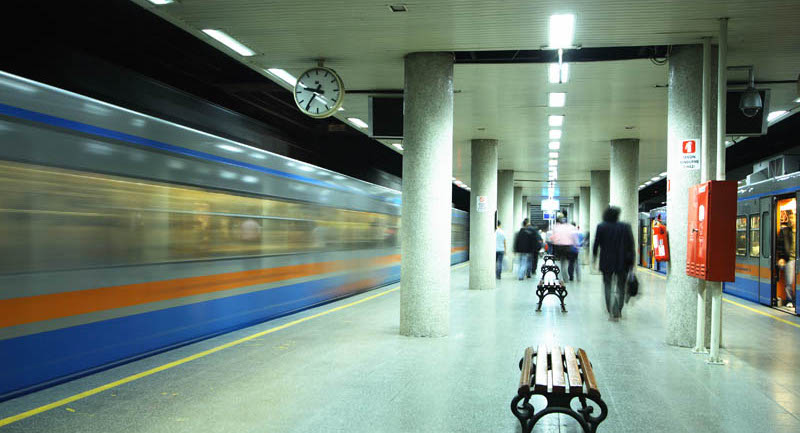 Residents in Istanbul will soon have the opportunity to use a completely driverless infrastructure which is currently in development stages. The metro system will be developed solely by Turkish engineers using locally sourced components with an expected completion in 2021.

There are over 100 R&D (Research and Design) engineers working on the project, which was launched last year by Metro Istanbul AS, who is responsible for the maintenance and operation of rail systems in Istanbul. Metro Istanbul AS is working alongside (TUBITAK) the Technological and Scientific Research Council and also (BILGEM) which is the Informatics and Information Security Research Centre as well as one of the country’s best defence and electronic systems ASELSAN.

The Communication Based Metro Signalisation Technology is owned by just six worldwide companies, but this has not prevented the product from being built using only Turkish companies. Once completed, the signalling system is predicted to have the potential for high sales in the domestic market purely as an advanced technological product that serves high level operational needs.

Turkey’s vision for 2023 has been set by the government with the aim being to install a subway network in Istanbul measuring 1,023km.

There are talks underway with major decision makers who are based at Buca Metro, Gayreltepe – Istanbul Airport – Halkali Metro, ANKARAY, Gebze – Darica Metro, Ankara Airport Metro and Konya Metro with them being kept informed to work together for a national solution with many benefits.

The cost for the signalling system and metro vehicles are all calculated using a long term scenario. This is done by adding the initial purchase cost, energy consumption, breakdown, maintenance and the expense of spare parts after they have been operational for 30 years.

Efficient vehicle traction, driverless signalling systems and regenerative braking all reduce the energy being consumed, this in turn lowers costs. Therefore, it is only the integrated logistics that need to be solved through the domestic production and national design. Currently metro vehicles are being controlled using a new type of communication based signal systems which also reduce costs and make for an efficient and safer operation.

The Istanbul metro system currently uses several different types of vehicles and signalling systems, and these can cause operational problems. Inventory costs can increase because of incompatible spare parts. However, by standardising the metro lines in Istanbul, many of the potential issues can be resolved before they happen.

Metro Istanbul and ASELSAN has spent the past three years developing national signalling, and it is because of this, a protocol was created last year which was then followed by the National Driverless Signalling Improvement Contract being signed at the beginning of this year. Under this new agreement the work was introduced by leading organisations and institutions in Turkey. With this in mind the ASELSAN, Metro Istanbul and TUBITAK BILGEM have joined forces to certify and develop the driverless subway signalling system for the first time ever in Turkey.

This joint venture is set to take place in three stages. When this is all perfected, the next phase will be to test the software on the hardware, which will be developed to SIL-4 security level. The final phase will validate the developed systems complete with both the hard and software on two of the subway trains. Once this has all been completed to the required standard, the design process will then progress.