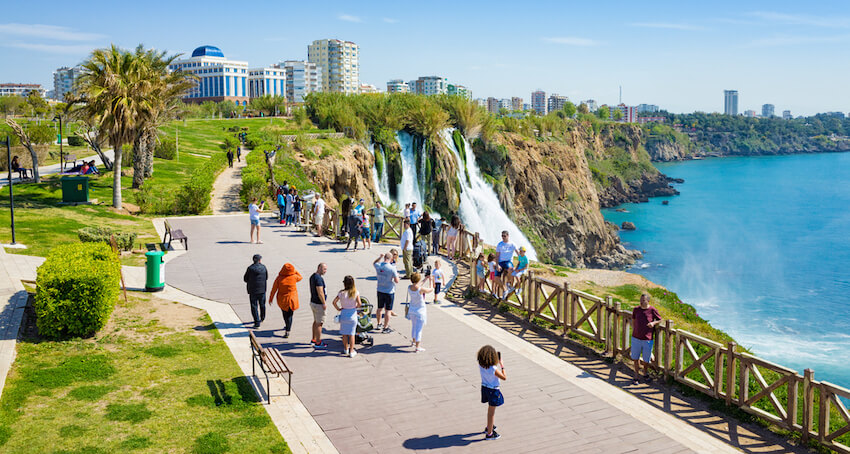 The demand for tour packages for holidays in Turkey outnumbers the supply, according to Russia's Association of Tour Operators (ATOR).

"Demand significantly outnumbers supply, which is limited by air transportation," ATOR stated on its website, emphasising that travel agencies are reporting a shortage of tour packages with flights to Turkey in the coming days.

Turkey is one of Russia's most popular foreign vacation destinations, and it is now one of only a few countries that operates flights to and from the country since Moscow launched its invasion of Ukraine. The conflict is expected to have an impact on arrivals from the two countries that have traditionally been Turkey's top tourist sources.

The situation on the Aegean coast is "even more deficient," according to the report. However, it expressed optimism for an improvement, stating that previously limited transportation to Turkey was being expanded.

A tour operator confirmed the shortage and the wide gap between demand and supply, according to ATOR. "There are no spots available in the system for Antalya or the Aegean," it said.

"There are no seats available at all for the months of July and August, on some flights" the company added.

One of the largest tour operators, confirmed that "there are no empty seats on flights to Turkey for the next 5-6 days. This is primarily due to demand exceeding supply," the company explained.

Russian banks have been cut off from the global financial system after payment companies suspended operations in protest of Moscow's military campaign in Ukraine. Nonetheless, Turkish authorities have stated that Russian tourists will not face difficulties in making payments because the Russian payment system Mir is expanding in the country. Russians accounted for 19% of foreign visitors to Turkey last year, with 4.7 million people, with Ukraine coming in third at 8.3 percent, with 2.1 million people.

Tourism officials hoped that this year's numbers would match or exceed those of 2019, when 52 million visitors - including approximately 7 million Russians and 1.6 million Ukrainians - generated 34 billion USD in revenue. According to official data, the number of foreign visitors to Turkey in the first four months increased by 172.5 percent from the previous year to nearly 7.47 million, compared to 2.74 million in 2021.