Property Turkey Blog Why Healthcare Tourism in Turkey is Booming

Why Healthcare Tourism in Turkey is Booming

The Turkish tourism industry has suffered lately, but one niche has stood out among the rest to become a winner generating millions in revenue. Despite a downturn in leisure tourists, such as beach lovers and history buffs, healthcare tourism in Turkey is booming, with many nationalities travelling to the country, for cosmetic and health procedures.

Also known as medical tourism, the phrase for the niche was coined several years ago and across the globe, many medical establishments rely on the industry for income. Indeed, for quite a few years, expats and tourists have used Turkish dentists, simply because of the dramatically reduced cost.

Although the World Trade Organization says there is no agreed definition of the exact meaning of the phrase, it applies to people travelling across borders for medical services such as dental care, cosmetic and elective surgery as well as fertility treatments.

The healthcare tourism industry in Turkey offers all this and much more, which goes a long way to explaining its popularity.

From January to September in 2017, the revenue from healthcare tourism in Turkey hit a massive 600 million USD. 315,000 people of many nationalities received treatment in clinics around the country. While other niches of travel were unable to beat year-on-year records, healthcare tourism smashed the records achieved in 2015 and 2016. 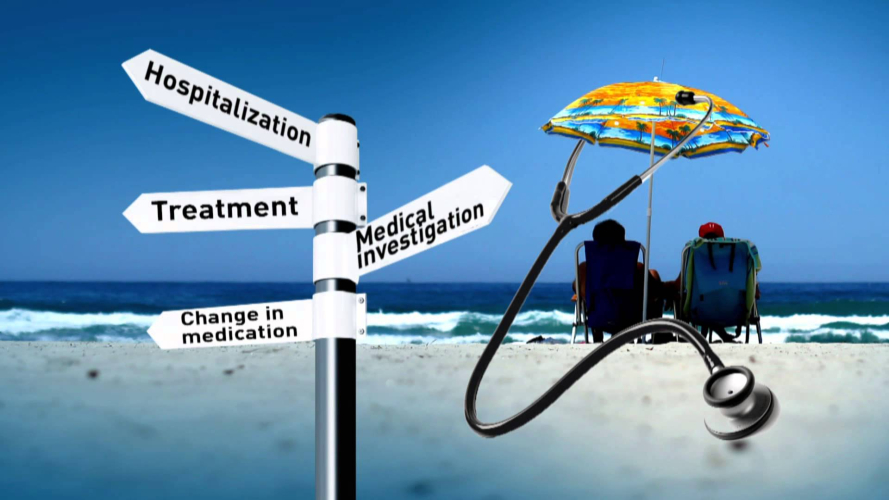 Why Healthcare Tourism in Turkey is Booming

In a world, where people are more body conscious than ever before, demand for cosmetic surgery and other similar procedures are at an all-time high. Previously, only the rich and famous of Beverly Hills could afford cosmetic surgery, but like most trends, if there is an ardent desire and demand, they trickle down to the average person on the streets.

Considering this demand, TURSAB, the Turkish Travel Agencies Association says Turkey sells the same procedures as developed countries but at half the cost. This saving can run into thousands of dollars, pounds or other currencies and at the same time, the patient gets to have a holiday.

Stats show that while on holiday, that medical tourist will spend four times the amount of money that a leisure tourist will. For this reason, the Turkish government has thrown their full weight behind promoting the industry through global promotion and advertising. Turkish airlines also offer discounted healthcare and cosmetic procedures to its regular flyers. The publicity paid off.

Another reason is Turkey’s geographical position. Attracting nationalities from the East and West, as well as receiving medical tourists from Europe and Russia, people from countries such as Kuwait, Dubai and Lebanon, travelled, not so much for the cost but for the high quality of procedures. These nationalities have particularly boosted the hair transplant industry of Turkey.

Lastly, Turkey’s time-honoured approach to hospitality, one of the main reasons why it does well in tourism overall, is a significant factor. Rather than just performing the procedure and leaving patients to take care of themselves, clinics and hospitals arrange the full package from pick up and drop offs at the airport, to hotels, sightseeing tours, meal reservations or if the patient is unable to get around, top-notch aftercare.

The Future of Healthcare Tourism in Turkey

The healthcare tourism industry in Turkey is part of the 2023 vision plan, a wide range of goals that the Turkish government wants to achieve by 2023, and they have five more years to do it. Currently, Turkey ranks fourth in the world for medical tourism, based on the number of visitors and the revenue that it generates for the economy. (They ranked sixth in 2014.)

They are not content, with this already impressive ranking and want to be number one by 2023, and in the process, yearly generate 20 billion USD. Looking slightly ahead to 2018, industry insiders are optimistic and say they can beat the impressive record of 2017, and one market they are looking to is the 22 countries of the African continent.

Healthcare Tourism in Turkey: What Potential Patients Should Look For

The healthcare tourism industry of Turkey is heavily regulated, but as with any medical procedure, potential patients should research beforehand to ensure they are getting the best service possible. They need to make sure medical facilities and staff expertise of a Turkish hospital are up to standards.

“Joint Commission International (JCI) is a not-for-profit organisation dedicated to improving the quality and safety of patient care around the world. One way we improve global healthcare is by accrediting the small number of hospitals and healthcare organisations that are capable of meeting our demanding standards.”

Another source is the website of the THTC, that is the Turkish Healthcare Travel Council. They list more than 317 members in the top fifteen destinations for medical tourism in Turkey, including Istanbul, Ankara, Izmir, Antalya, Mugla, Gaziantep, and North Cyprus.

Lastly, search the internet for independent reviews and testimonials of any establishment that appeals to you. Should you decide to go ahead, clarify the exact procedure, cost and what it includes, in writing.

Further Reading: Turkish tourism is a massive industry employing thousands of people across the country while generating millions in profit. The last two years have seen visitor figures drop, but industry insiders are saying 2018 will be the year that Turkish tourism bounces back. Find out why in our article here.