From treehouses to revolving hotels, here's our pick of the most unique spots to spend a night in Turkey. 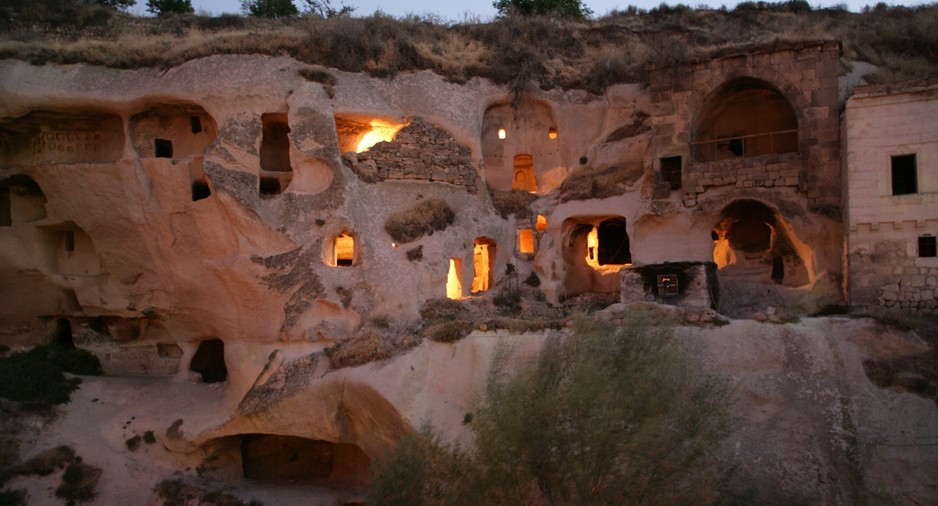 Located in Cappadocia - where reality seems a little skewed to begin with - the Gamirasu Cave Hotel consists of seven naturally cool cave houses and 30 different rooms. Caves are hewn from the soft volcanic rock, and there are a number of options - from standard B&B-style to opulent suites fit for a Byzantine King. As well as having all the latest hotel must-haves: sauna, big TVs and minibars - the hotel is located next to a 1000 year old Byzantine church, allowing guests to experience old-meets-new in the best possible way. 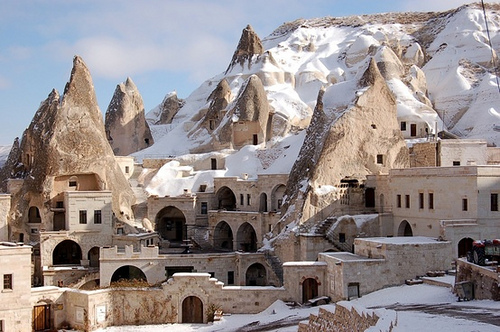 This atmospheric hotel in Goreme, Cappadocia’s best known village, is carved into jutting rock cones - known locally as Fairy Chimneys. It’s owned by a Turkish woman and her German anthropologist husband, who has made a study of the local architecture and way of life. The hotel’s location in the heart of Goreme means you are ideally placed to explore the surrounding lunar landscape, including caves, old churches and more fairy chimneys. 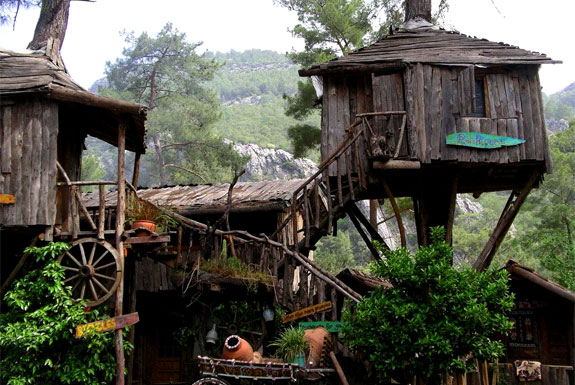 The laid back party-hostel vibe at these treehouse huts has ensured Kadir’s Treehouses a place on every backpacker’s map since they were first built in the 1980s. Owner Kadir Kaya built his first treehouse home here 30 years ago, with the idea of creating a Swiss Family Robinson-like retreat for him and his friends. It became so popular he began to expand, and the resulting treehouse village, located at the base of the Taurus Mountains and surrounded by lush pine forest, has more than 100 bungalows. The treehouses are enduringly popular with young and young-at-heart travellers exploring the Mediterranean. 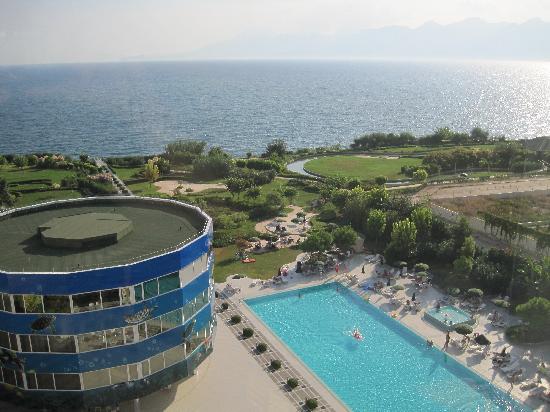 Located on the Falez cliffs near Antalya, The Marmara Antalya is the world’s only revolving hotel building. The hotel’s 24 rooms slowly revolve to take in the Bey Mountains and the Mediterranean Sea - offering guests the chance to fall asleep in a mountain-facing suite and wake up looking out to sea. The 2750-ton building actually floats in a 478-ton tank of water and is aided by six basement motors, allowing the hotel to rotate smoothly and quietly, completing a full revolution anywhere between two and 22 hours. 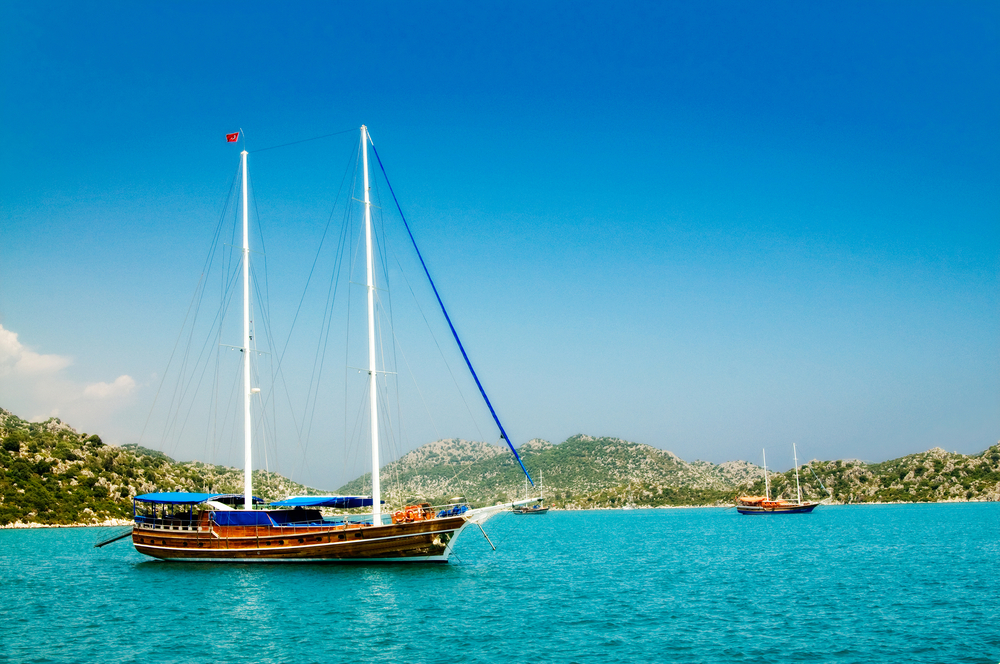 Turkey’s traditional wooden sailboats have been used for hundreds of years, ferrying passengers and goods throughout the Mediterranean and Aegean. Today the two- or three- masted boat is still used for fishing, but they’re also very popular tourist attractions, with visiting sailors using them to explore Turkey’s endless coastline. You can hire a gulet and sail off under your own steam, or you can charter a crew to show you the country’s most beautiful coastal spots. Sleep in cabins below deck, or snuggle under a blanket above deck and watch the stars above. What could be more romantic and atmospheric than drifting off to sleep on the waters, dreaming of the next day’s sailing? 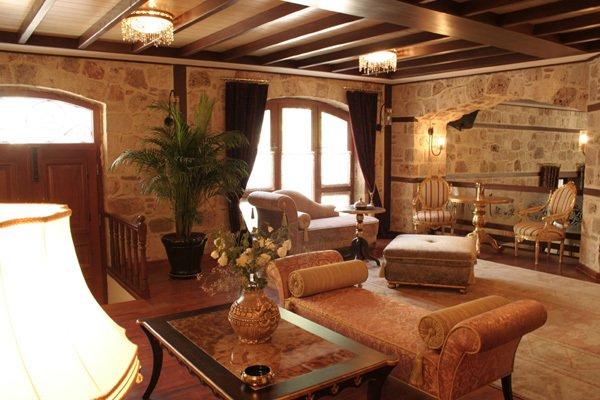 Once upon a time these Ottoman mansions housed the Ottoman officer Abdi Effendi, who hosted some of Turkey’s most elite society as well as visiting 18th century dignitaries. Now, the four homes in Antalya’s Kaleci, or Old Town, are offered up as boutique hotels. Guests enjoy opulent surroundings of a bygone era - including gold-leafed ceilings and luxurious drapery. Accommodation in the mansions’ 46 rooms isn’t cheap, but definitely worth consideration for any special occasion that deserves a little 18th century-style luxury. 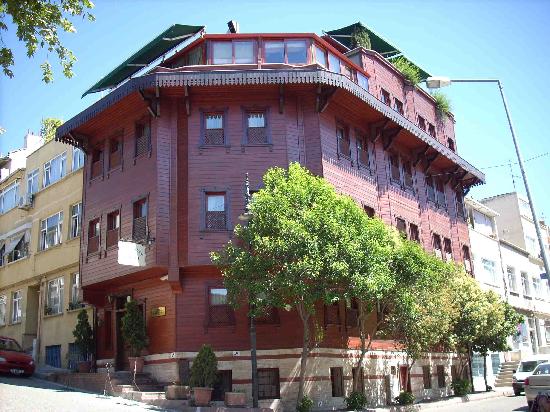 Guests can live like a sultan in this replica Ottoman Mansion, next to Sultanahmet in central Istanbul. Clad in wood with hand painted motifs and custom furnishings, the owners have faithfully recreated a 19th century Istanbul. Handmade Turkish carpets, marble staircases and wooden mouldings on doors and windows create an unforgettable ambience for guests wanting experience Ottoman Turkey. Pictures of 19th century Istanbul line the hallways, evoking a time when Istanbul was known as Dersaadet: the gate of felicity.