The Sunken Ruins of Kekova and Simena Castle

One of the most popular tours on the Mediterranean coast of Turkey is to sea kayak or take a lazy day boat trip over the sunken ruins of Kekova. Followed by a short trip across the water to the rustic and rather surreal village of Simena, this tour is popular with everyone from children to adults. However, what is it about Kekova and Simena that has earned it a favourable reputation with holidaymakers of all nationalities? 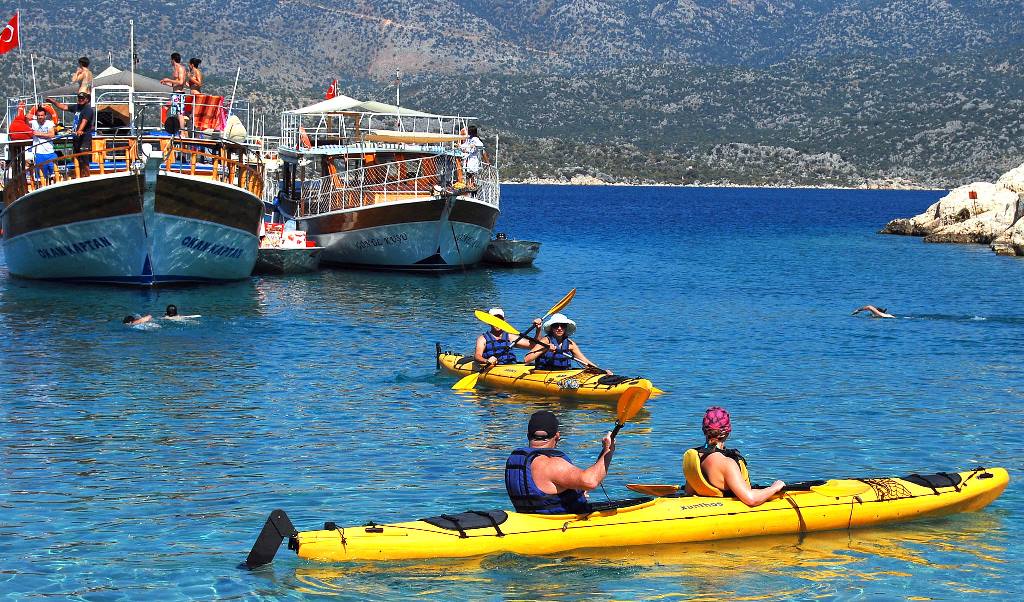 About the Sunken Ruins of Kekova

This small island stretching for 2 square miles, and easily reached by boat from the coastline village of forgotten Ucagiz, is uninhabited. Just flora and fauna exist in the growing shrubbery sitting in among ancient ruins and a sandy beach. It wasn’t always like this, though. The northern side displays signs of landmarks from an old city proving that people did live there.

Called Dolchiste in history, a devastating earthquake in the 2nd century BC finally put its mark and toll on the city and it sank to a grave under the sea. Never the less, the locals rebuilt in other areas of the island and attempted to get on with their daily lives. For many centuries, they succeed but by the time, the Arab invasions came to the region, their small island with unsuitable defence ports left them vulnerable and everyone fled for safer ground. 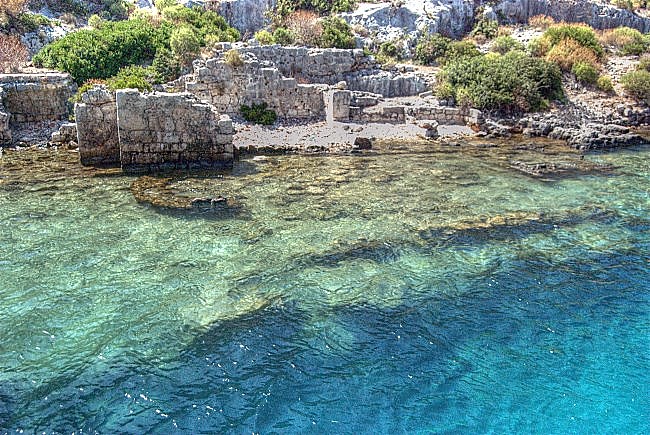 Despite its small size and lack of occupants, after the First World War, when Allied forces were able to take occupation of areas within Turkey, it fell under sovereignty rule of Italy. Repeated attempts to have it returned to the newly formed Republic of Turkey were fruitless until many years later, in 1932 but by this time, a new threat was underway.

Treasure hunting had become a favourite past time. Many people who had discovered ancient artifacts were able to become rich overnight thanks to the historical value and foreign interest. The ancient ruins sitting on the island of Kekova became a target of divers who looked to the world under the sea to ease their financial status.

In 1990, at the same time as making Kekova Bay a preserved and protected area of interest, the Turkish government banned scuba diving and the days of the treasure hunters were over. For this reason, people sea kayak over the ancient walls, and steps of the small, old coastal houses. Those who don’t have the same stamina, instead opt for seats on daily lazy cruise boat trips that sail slowly by. 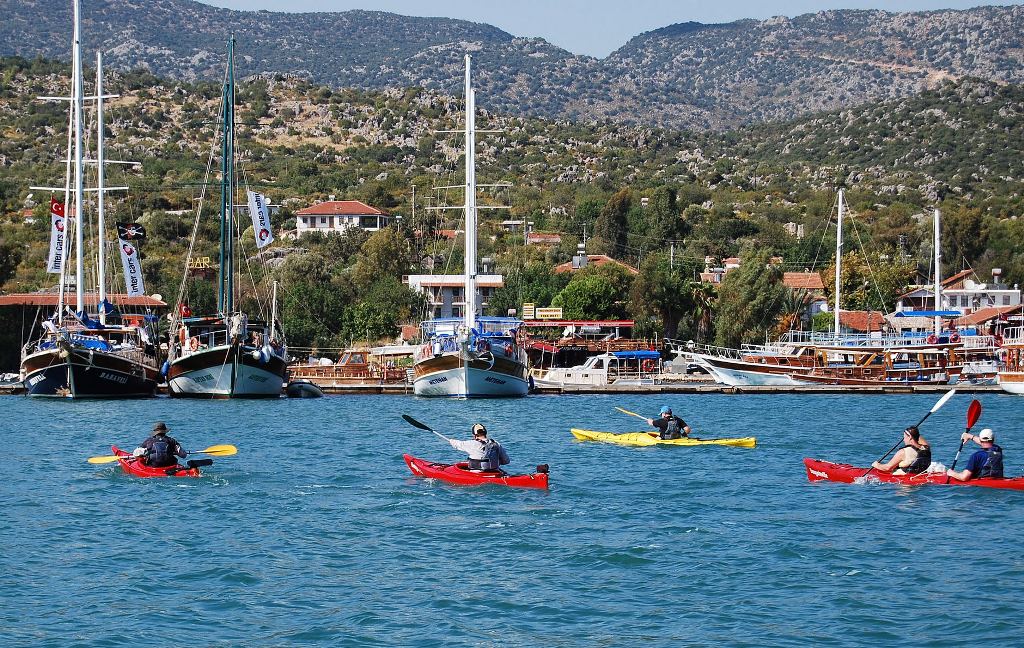 From floating over the ruins, boats turn a sharp left to head the short distance over to the village of Simena, also known as Kalekoy. The hilltop location with its stone castle and coastline surrounded by traditional Turkish gulet boats and modern, luxury yachts from international waters, portrays the perfect postcard scene of life on the Turkish Riviera. 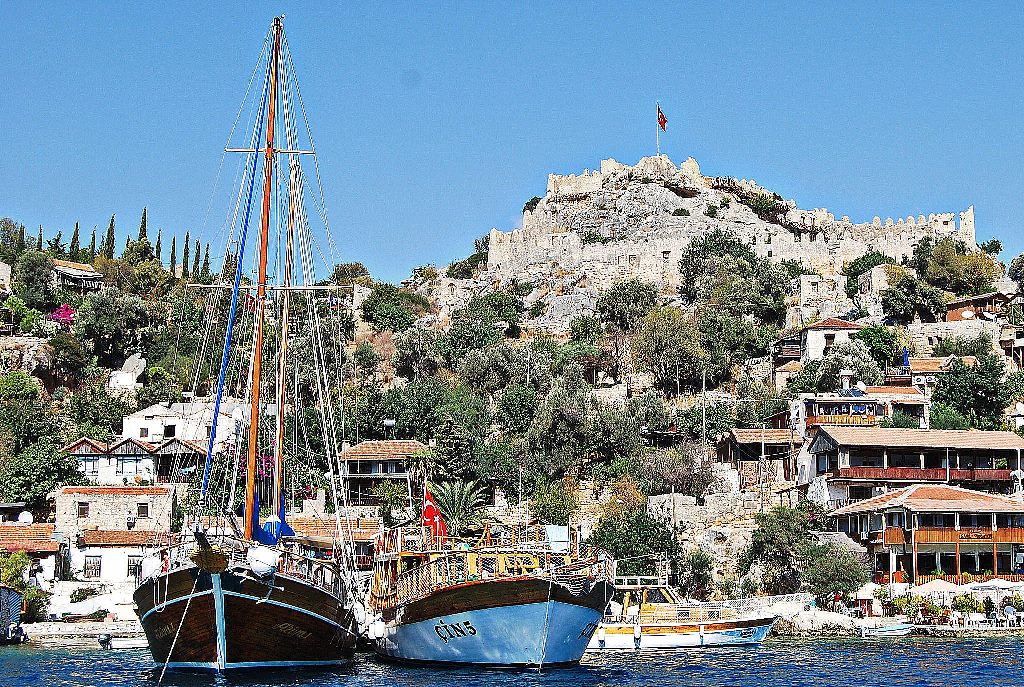 In recent years, its growing inhabitants have included the loggerheads turtles that have flocked downstream from Demre to find peace and quiet, away from the bright lights and intense noise of the newly built hotels. The locals have gladly welcomed them, and they are now a permanent part of the scenery.

After dropping anchor in the shallow bay, visitors head to land using small dinghies. A short wooden jetty is also the introduction to a long, cobbled path winding its way up the hillside. Passing by old stone houses and locals selling their homemade wares and tares, the defensive walls of the old castle come into view. Originally built during the Byzantine time to fight off invading pirates, the summit is a fantastic view over the bay of Kekova.

Of course, by the time anyone has walked up and down from the castle, refreshments are desperately needed, and that is when Simena’s other famous attribute comes into the spotlight. With flavours like lemon, orange, apple, and banana, local restaurants selling homemade ice creams, make a roaring trade from customers who are grateful for the refreshing snack with a unique and addictive taste.

Although Simena and the surrounding village of Ucagiz both have small pensions for overnight stays, most people just visit on a daytime tour from the surrounding holiday resorts of Kas, and upmarket Kalkan. Despite their fleeting visit, the area becomes a firm memory of their time spent on the Mediterranean coast of Turkey. 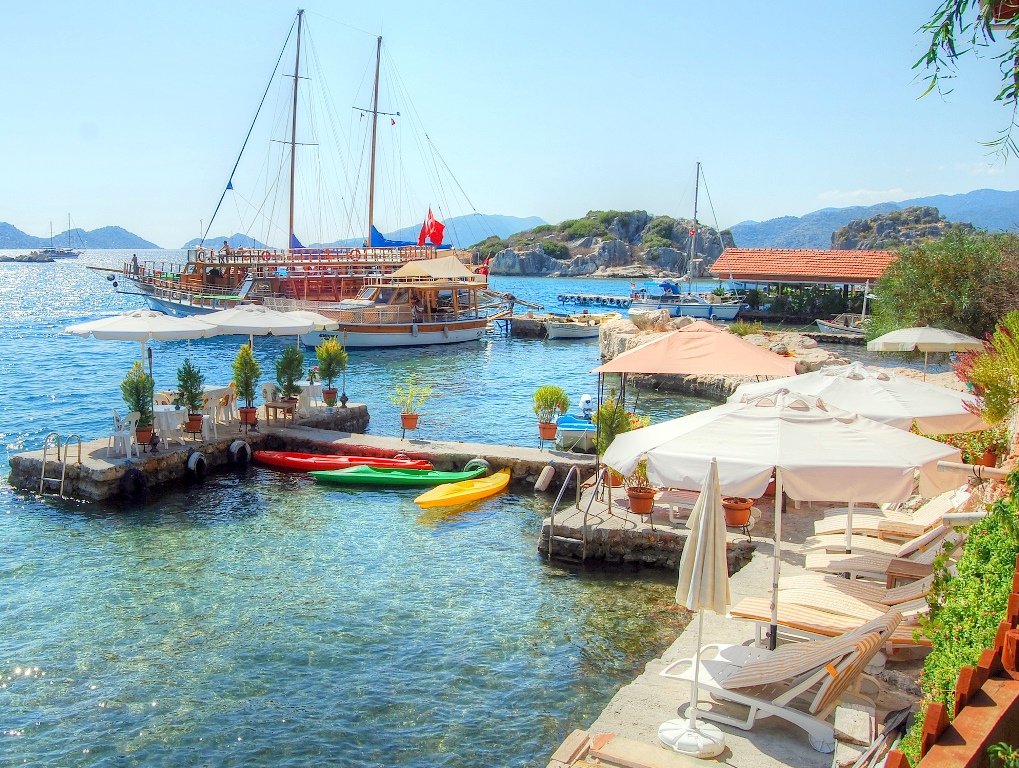