The rise of Istanbul’s Esenyurt

Affectionately known to its inhabitants as "Los Angeles", Esenyurt is coming into its own. Bordered by the Golden Horn, on Istanbul's European side, the Esenyurt neighbourhood is a historic city location with a diverse population and bustling atmosphere.

And figures show its diversity and population is growing quickly -- in fact, last year showed unprecedented growth and now, 62 out of every 1000 Istanbul residents now lives in this sprawling neighbourhood.

Number crunching from statistical institute TurkStat showed that Esenyurt, which grew by 20,000 people last year, is now Turkey's most populated, with more than 977,000 people: that's 1.15% of the country's population.

In the 1980s, Esenyurt was a small village, with just a few streets. However, in the early 2000s, driven by massive population growth, the settlement grew, evolving into a large residential area which butted up against the E5 Highway and along Beylikduzu, which was also growing.

Today, the settlement known by its residents as Esencilis (a local pronunciation of Los Angeles) owes more than just skyscrapers to its similarity with the west coast US city. It has a very diverse population, hailing from all over Turkey and Europe, plus a high number of Syrian refugees. Its diversity and variation has given the neighbourhood colour, culture and cuisine.

Though Esenyurt is one of Istanbul's cheaper neighbourhoods, that doesn't mean a compromise on property. Esenyurt property developments include a number of affordable luxury builds catering to the young professionals moving here for work.

"It's one of our most popular entry-level property spots," says Property Turkey director Cameron Deggin. "Construction here has been rapid, and the developments have taken the place of old, earthquake-prone buildings that were in a state of disrepair."

Alongside the developments, new infrastructure has grown, Deggin adds. "New hospitals, supermarkets, medical centres, roads and leisure facilities -- all the trappings coveted by the burgeoning population of middle-class professionals moving to the area.”

And travel links to the city have never been better, with metro, bus routes and highways connecting Esenyurt with wider Istanbul, Deggin says. “Many of the professionals moving to the area work in the centre of the city, so connectivity is important to them.” 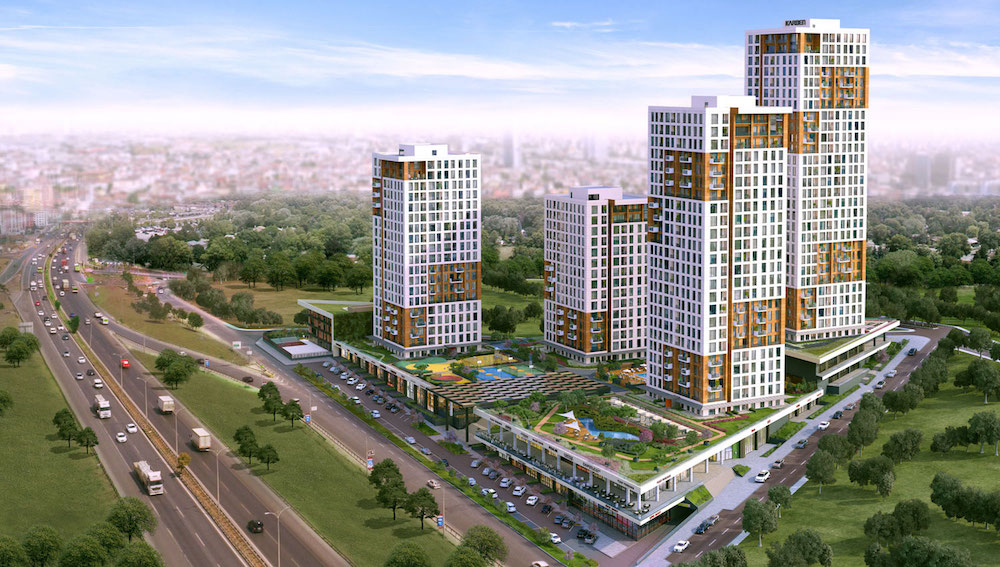 Compared to the wider city, which experienced a 78% rise in property prices over the last five years, Esenyurt property has grown in value by an enormous 90%. And the upward trajectory will continue for three reasons, Deggin says.

“Firstly, a new metro line planned for the area will better connect the neighbourhood, pushing up prices and attracting new residents to the area.”

And then there’s the population growth. “We’ve already seen a huge rise in the number of people moving to Esenyurt,” Deggin says. “This will continue, while prices are still relatively low in the area.”

And thirdly: there’s space for more construction. “Not just any construction,” Deggin says. “But well thought out developments with lifestyle facilities and inter-neighbourhood connections. The projects in the works are the affordable luxury developments that are being snapped up as rentals or first purchases for young families and professionals.”

Like other areas that started as low-cost neighbourhoods, Esenyurt won’t be low-cost for long, Deggin says.

“But while prices are good, investors will continue to come and reap the capital gains from this hidden Istanbul gem.”