The best Middle Eastern food to try in Istanbul

When looking for the best Middle-Eastern food and restaurants in Istanbul, prepare yourself for an avalanche of choices. Istanbul’s melting pot of cultures serves up cuisines from around the world, but over the last ten years, more people are looking to sample Middle Eastern culinary delights, and Istanbul does not disappoint. Lebanese and Syrian cuisines seem to head the way in popularity but you can guarantee whatever you want to try, there is at least one restaurant in Istanbul that serves it. So, what dishes do we recommend, and which restaurants deliver on taste, quality, and service?

The Turkish doner kebab, Greek Gyro and Middle Eastern Shawarma might sound like they are the same. All use grilled juicy meat slotted in between a bread version. Yet this is where the similarities stop. Shawarma often features chicken or lamb, and its day long marinated meat includes spices like cinnamon, dried lime, bay leaves and allspice.

The other main difference is the vast amount of toppings that can go on top. Whereas Turkish doner and Gyros stick to lettuce, tomatoes, and onion, you can go wild with a Shawarma including cabbage, pickles, and carrots. So where is the best place to buy Shawarma in Istanbul? Try Anas chicken on Muratpasa Sokak in the Fatih district. The establishment is also cheap, making this a great place to eat for people on a budget. 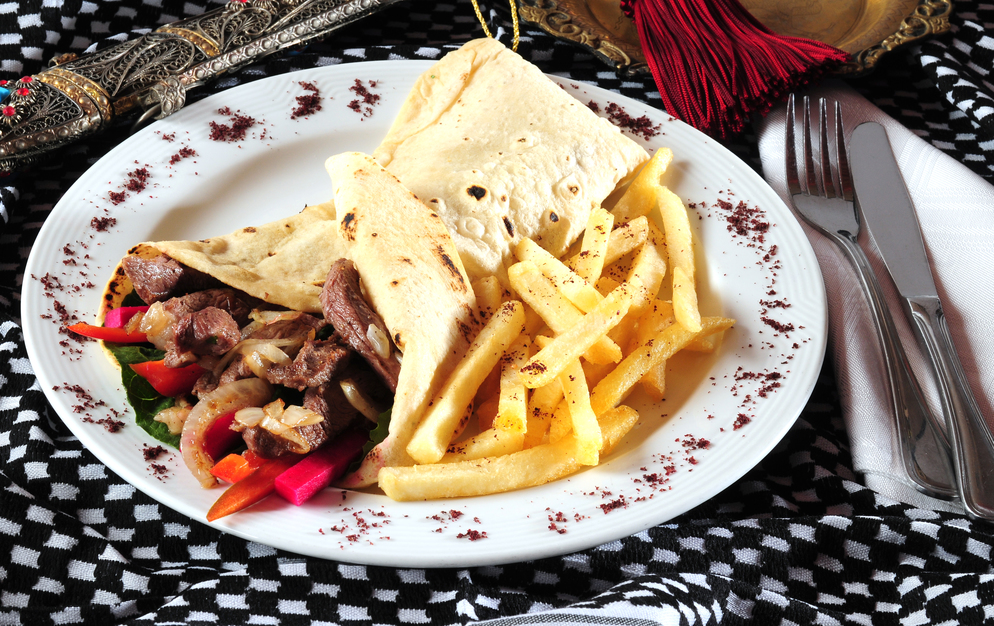 Falafel has taken over the world, as the latest must try dish. Loved by the street food and vegetarian crowds, this deep-fried patty formed from ground chickpeas, and fava beans mixed with onions, herbs and spices, is to die for. Served in pita bread or a durum wrap, with a helping of salad or pickles, and a hot sauce, the taste is addictive.

Two ways to eat it are on the go by buying it from a street food vendor, or with traditional appetisers known as meze. Although it has been around in Istanbul for many years, Syrians living in Istanbul have bought it to the forefront of food trends. Now sold all over the city, Google Reviews show locals as rating Falafel house on Muhtar Bey street in the Beyoglu district as being the best. 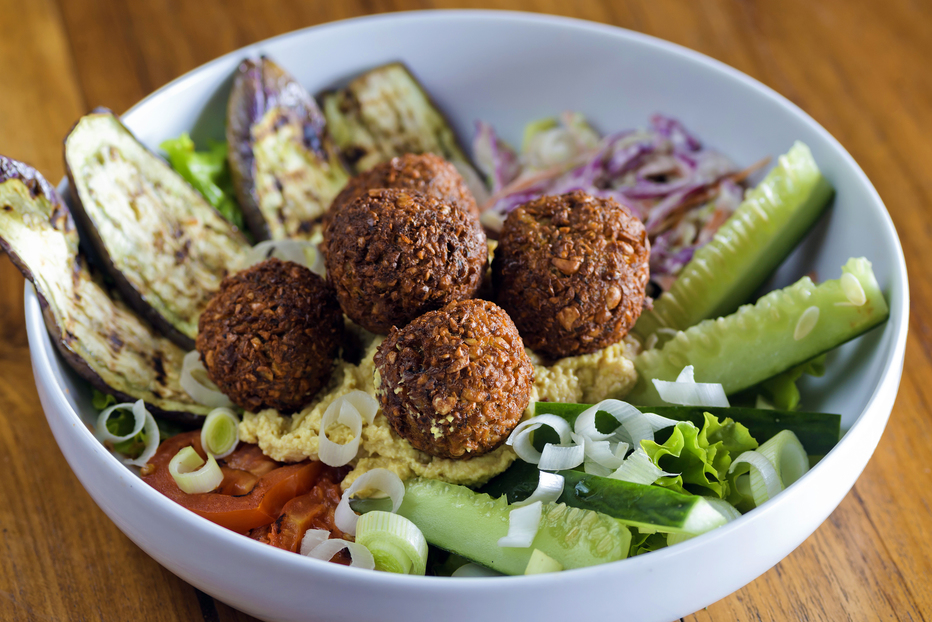 3: Manakish for Breakfast or Lunch

The word manakish means to carve out. So, think of flat dough, with small little dents filled with ground meat, or cheese and topped with thyme. Eaten sliced or folded, some call it like the western pizza or Turkish lahmacun. If we look back throughout history, its origins come from women who used to bake bread in the morning for the family and separated small balls to use later. Known as Levant food, it has spread across the Middle Eastern world to become a favoured dish, although it is Lebanese. For delicious Manakish, try Arada café, on the Luleci Hendek street in Karakoy. 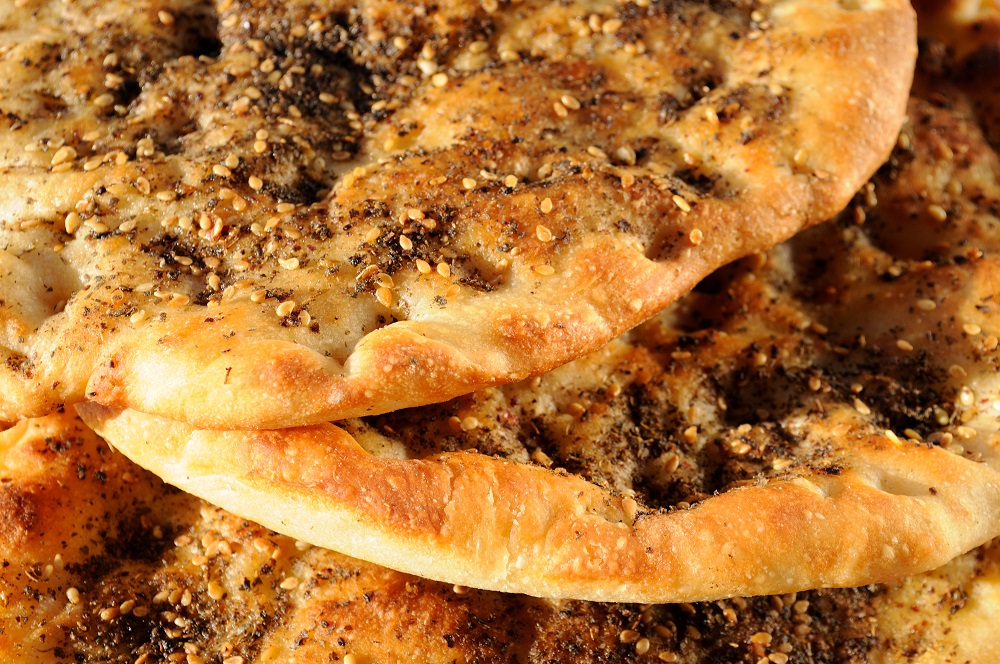 Get ready for Mansaf, a culinary delight that leaves you wanting second helpings. Although called the national dish of Jordon, Mansaf is popular in Saudi Arabia, Syria, Iran, Israel, and Palestine. The preparation method comes from lamb and a sauce of fermented yoghurt. The lamb is then served with rice and diners will use their right hand to form the balls of rice. The name means large plate because this is placed in the middle of the table and diners will help themselves. Mansaf is a favourite on special occasions, but you can eat it any time those hunger pains strike. Places to try Mansaf in Istanbul include Fevzipasa Caddesi in the Fatih district, which Culinary Back Streets also recommends. 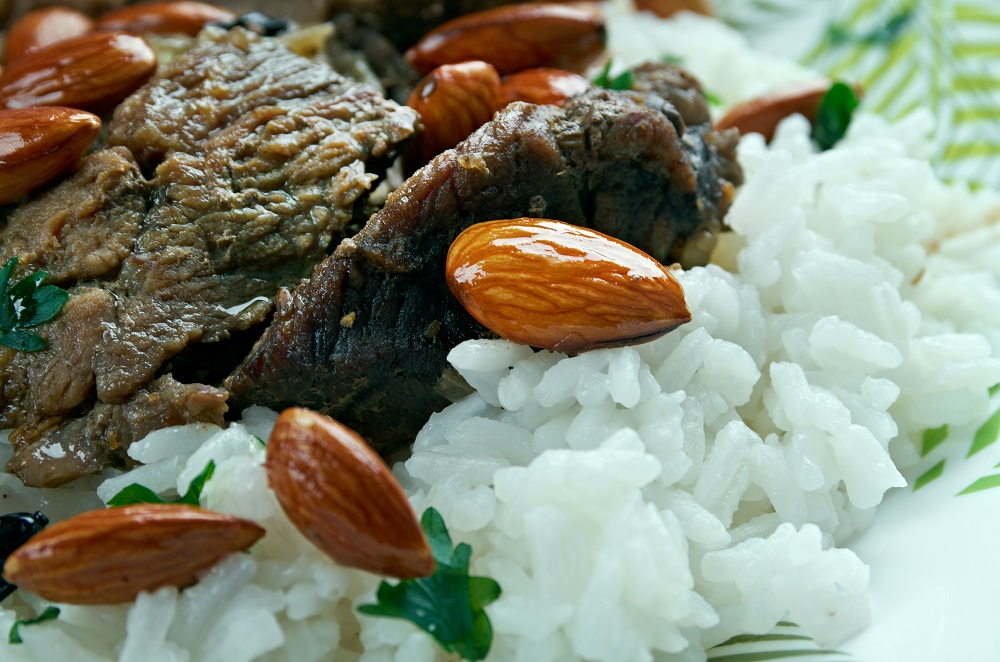 5: Makloubeh (Upside Down Chicken and Rice)

Last on our list of Middle Eastern food to try in Istanbul, this combination of chicken, rice and vegetables is moorish. The name of the dish Makloubeh means upside down, and this refers to the method of tipping the pot to serve it. The added twist that leaves a delectable taste on your palette is the combination of spices including garlic, bay leaves, parsley, turmeric, cumin, and bahrat, known in the western world as seven spices. This dish is also easy to make at home, if you can’t wait until you get to Istanbul.

Beginners Guide to Turkish Food: This article talks about Turkish food customs and traditions including regional dishes, table manners and a little of background history to explain the vibrant and varied cuisine that we see today.

Turkish Dishes to Try: From breakfast to dinner, we list 26 incredible and tasty Turkish dishes that everyone should try when visiting the country. Accommodating meat lovers and vegetarians, it also includes sweet treats.