Parallel path: a tale of two friends who moved to Turkey

Following my first visit to Turkey aboard a traditional Turkish wooden sailing gulet, I was drawn back to the country time and time again. We were all strangers on that voyage nearly a quarter of a century ago but I recall somebody writing a comment in the boat's log book about how they had laughed from the time they got on board until the time they got off. It was true. We all had.

Little did I know, however, that the very person I had exchanged the least words with all week would become a friend for the ensuing decades ahead. Further, little did I know that that first trip and meeting would provide the springboard to keep returning time and time again; sometimes as many as four times a year. 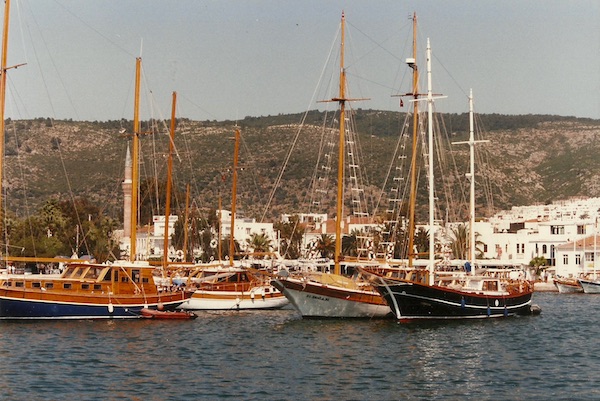 Having not noticed one another in the relatively confined space of a sailing boat for a week, Jenny and I were seated next to one another on the coach back to Izmir airport from Bodrum. There was no dual carriageway and no airport in Bodrum in those days, so the trip took several hours. The conversation started on that coach, barely paused for breath on the aeroplane and didn't stop until we landed in London; by that time we had made arrangements to keep in touch despite a considerable distance between our homes in England.

On the coach, Jenny had confided to me that she had made a life changing decision. Whilst moored overnight in the coincidentally named English Harbour (Ingiliz Limani) she had sat alone on the deck, in the middle of the night, ruminating on her life back in Britain. She had decided to make a new life for herself in Turkey. It was to be her 'Shirley Valentine' moment; she would come and live in Turkey. 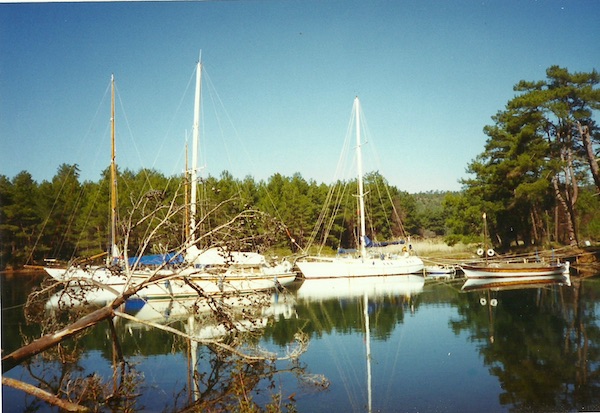 In a strange twist of events, an envelope from her employer was waiting for her on her doorstep when she returned home, offering early redundancy. Her decision was made. Barely four months later, I waved her off at the airport.

My first visit to her was four months after that, in a spot very close to English Harbour, barely eight months after our first Turkish adventure. She had exciting news: she would be moving to a village near Milas, the other side of Bodrum, with her newly found partner. Although the lifestyle she had chosen was one I knew I could not live, I was able to inhabit her new world several times a year.

There are two juxtaposed lifestyles cohabiting in Turkey. The Narhisar hills where Jenny settled is but eighty kilometres from Bodrum, but there were people in that village who had never ever been to the peninusla – some had only just about visited Milas some twenty minutes drive down the road. 'Eighty kilometres away and a world apart!' Jenny and I would often opine. 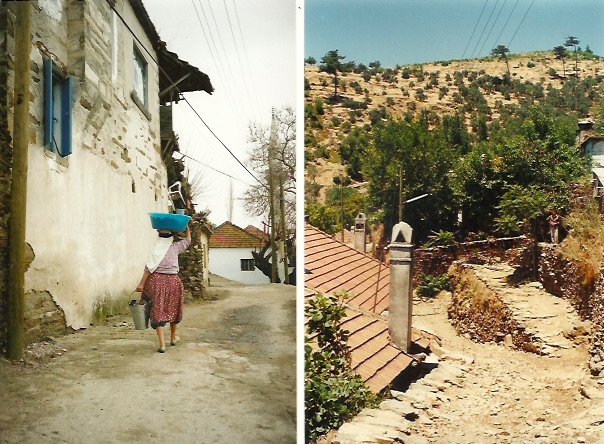 On my frequent visits to the village over the years, I would sometimes take myself off for a day in Jenny's vintage Renault 12 to visit Bodrum, an hour's drive down the road. The Renault 12, not exactly in its first flush of youth, was barely able to limp along the Izmir to Bodrum road; that very same single carriageway where our first conversation had started. That Renault 12 never let me down even if it did complain and splutter all the way there and all the way back again. In those days it seemed as though just about every other car on the Turkish roads was a Renault 12, including the police cars. 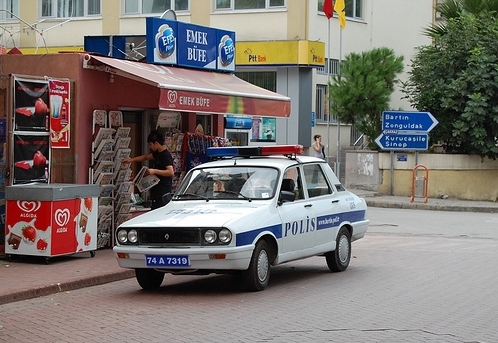 Through Jenny I was privileged to experience a Thomas Hardy-like disappearance of a lifestyle that had barely changed over the past century. As much as I enjoyed dipping in and out of Jenny's adventure, and still do, I was grateful to be able to escape to nearby bohemian Bodrum from time to time. While Jenny hated Bodrum, I was gravitating more and more towards it. Little did I know that another decade on I would be buying a house there in Gumusluk, Turkey.