Modern Architecture in Istanbul and buildings That Portray It

New styles and trends are born in cities, and the modern architecture of Istanbul isn’t an exception to this rule. For many decades, the vast metropolis lagged behind its international counterparts of New York, Paris, Milan and Rome but at the turn of the century, it revamped style in more ways than one.

Previously only renowned for its historical landmarks like the Hagia Sophia, Topkapi Palace and Blue Mosque, new constructions portray the latest in architectural trends and are the brainchild of many esteemed international and Turkish architects. So which buildings are changing the face of the city’s urban landscape and skyline?

5 Examples of Modern Architecture in Istanbul

Without a doubt, the Third Airport of Istanbul is the most talked about mega project on the planet. Its colossal size will take another 5 years to complete. Once finished, its annual 200 million passenger capacity makes it the biggest travel hub ever.

Architectural Digest even says it is bigger than Manhattan. While these stats are impressive, one look at the design sees a pleasant blend of old world and new architectural styles combined with smart technology to get people through quickly and efficiently.

Designed by AECOM and Pininfarina, the tulip-shaped control tower resembles a period of Ottoman history with the same name, but it has a sci-fi aesthetic appearance. Meanwhile, the main terminal building designed by Grimshaw, Nordic and Haptic, reflects the city’s cultural heritage with vaulted ceilings and has three themes including spacious, easy to navigate and plenty of natural daylight, a common theme in many 21st century structures. 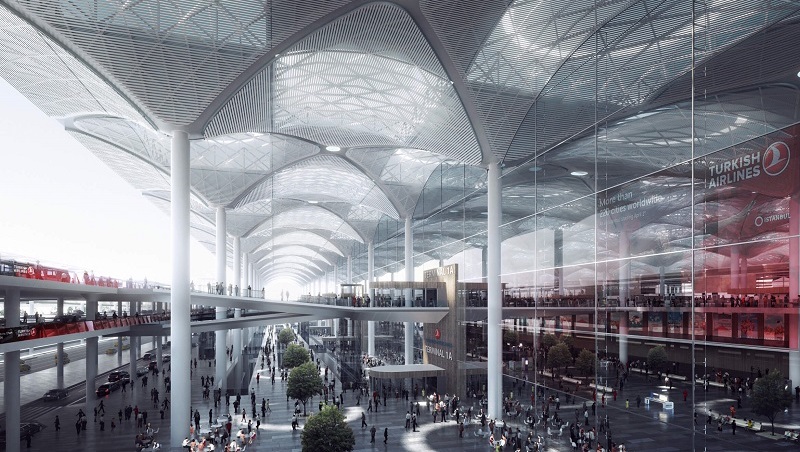 Rather than “out with the old and in with the new,” this urban project is more about a transition of an old building into a state-of-the-art version. The Ataturk Cultural Centre, originally built in the 1960s and renovated in the 70s after a fire, was for many years, a landscape eyesore.

In what is a fitting tribute to his father, Hayati Tabanlioglu, architect Murat Tabanlioglu has designed a cultural centre that will keep the original facade but change the building from a single unit into a multipurpose complex.

The architectural design is about practicality, so technology and infrastructure blend to ensure the building functions as an opera house, art gallery, restaurant, cinema and much more. The latest version of the Ataturk Culture centre will open in 2019 and will put Istanbul on the map as a major opera house of the world. 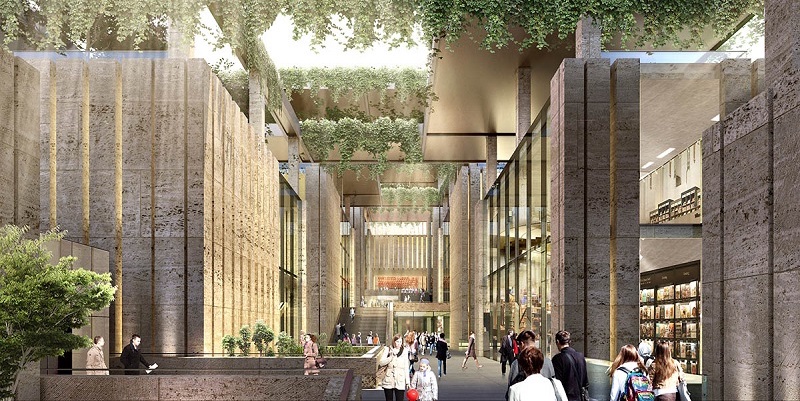 Focusing on prayer and religious peace of mind, the Sancaklar Mosque broke traditional boundaries for a holy place of worship. The award-winning Emre Aralot team designed plenty of space and a clear boundary line between a chaotic world and the interior.

High walls define the landscaped public gardens, while a long canopy and entrance hall, the only visible part of the building from the outside blends in with the landscape to leave the hustle and bustle outside.

Keeping in line with religious themes, there is nothing grandeur about Sancaklar mosque. Instead it focuses on clean-cut lines emphasising space and peace. In 2018, the mosque received an international award, from RIBA, the Royal Institute of British architects. 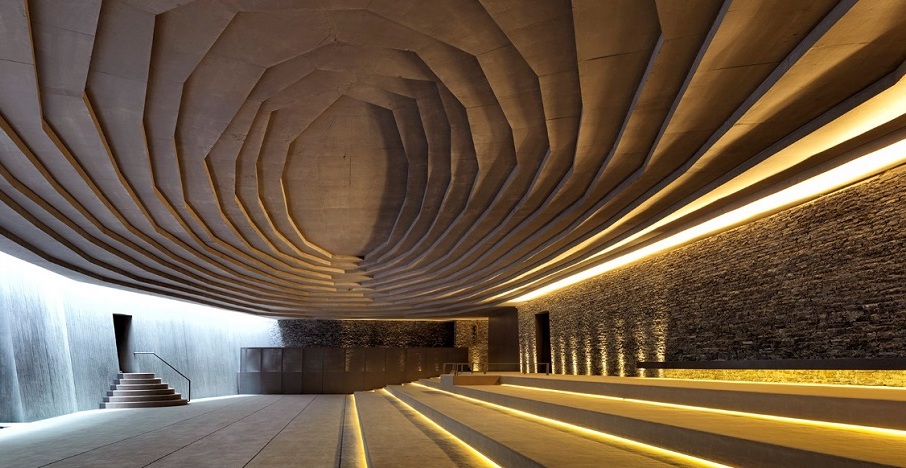 Designed by Adnan Kazmoglu architectural team in 2003, and constructed in 2010, this 2,800 square metre project was another building that aimed to blend all aspects of religion into a modern place to pray. The dome symbolises an infinitive universe and unity.

Combining two- and three-dimension themes, the brains behind this project went deep. They wanted to emphasis the concept of existence is one matter that just changes form, hence the place would be for people who seeks wholeness. The larger hemisphere stands for Allah while the smaller one is Muhammad. A door connects the two to suggest that you follow the words of Muhammad to reach Allah.

This project is still in the making but one to watch for, as when finished in 2019, will be a significant symbol of the skyline. Designed by Melike Altinisik, it will be 65 metres higher than France’s Eiffel Tower.

176th and 180th-floor restaurants, and two terraces at around 150 metres will promote an amazing 360 panoramic view from the sci-fi like construction. Standing at 365 metres tall, it will be one of the city’s tallest structures and replaces a cluster of drab and outdated telecommunication technology.

Libraries and exhibition halls on the bottom floor will open to the public and experts say once finished, they expect annual visitors’ stats of 4.5 million people. Out of all the modern architecture in Istanbul, this building will make you feel you are flying sky-high. 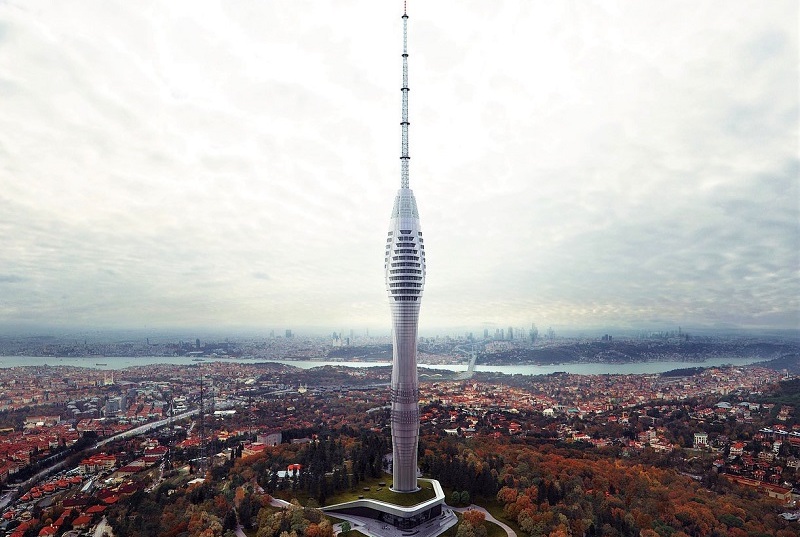 Turkey’s Journey from Traditional to Contemporary Architecture: Discussing housing trends of the past and present, we look at how Turkey’s architectural industry has moved with the times to design international award-winning buildings.

3 Famous Turkish Architects: We look at 3 Turkish architects who are making a name for themselves as experts in perfection and earning a legacy at the same time.

Houses in Bodrum: Sitting on the western, Aegean coast, homes in Bodrum have also transitioned from traditional and practical to stylish and luxurious.