Is Turkish Village Culture Dying Out?

In many countries across the globe, experts are asking whether village culture is dying out. In 2009, a study said the flight of young Germans to big cities were killing off small villages. Five years later, an environmental report said Italy is facing the abandonment of thousands of villages, and at the same time, risking an endangered way of life and decline of rural traditions and social communities.

Many travellers, expats, businesses and magazines have also pondered as to whether Turkey’s villages face the same wrath but for this country, the issue goes much deeper than that, and there is a practical, workable alternative. 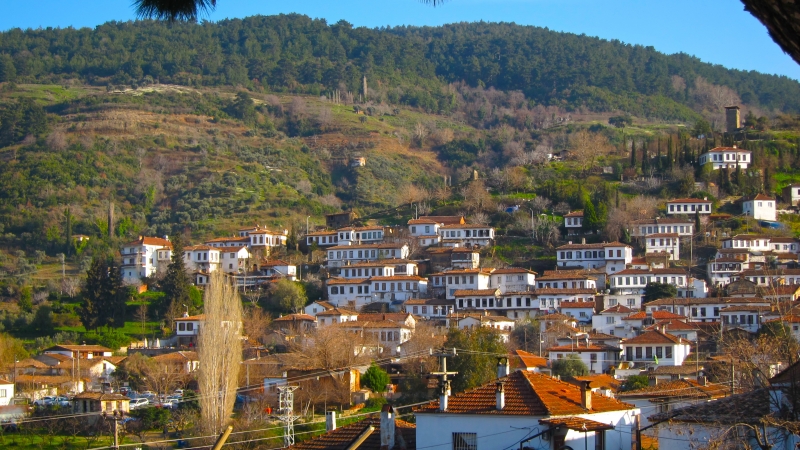 Why Do Villages Face Abandonment?

People who are born and grow up in the same village have the luxury of familiarity. Neighbours know your name, the shop owners let you pay for goods next week or month. The community spirit is firm, but still, the decision to go may be hard for some and easy for others.

People leave for pastures new based on either push or pull factors or a combination of both. The push factors mean life in the village is no longer adequate or safe. Examples include dangerous old buildings, or a lack of clean water or constant electricity can also force people to leave.

The push factor means you are being forced to leave while the pull factor is the opposite and defined as something good is luring the person away. It could include a city or town with better education facilities.

Alternatively, the person could be experiencing a disability or health complication and needs to be near health facilities such as hospitals because they offer quicker and better healthcare than the local doctor. The most significant pull factor is money. Cities have more choice of jobs, and qualified professionals work their way up the chain to become wealthy individuals. 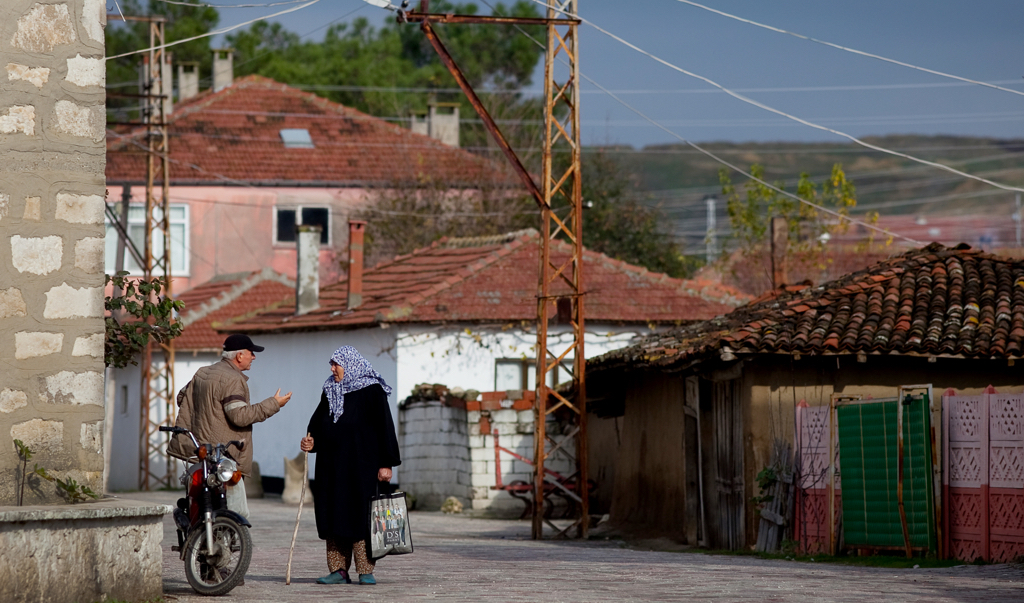 Is Turkish Village Life in Danger of Disappearing?

Whether villages can move with the times and current trends depends on their survival. Their geographical location also plays a large part.

In the southeast, many small communities are still thriving. Historically, young lads from these communities migrate west for the summer to the coastal seaside resorts where tourism jobs are plentiful. The region is also much more conservative than the west and families and friend still play a large part in people’s lives.

Heading up to the northeast, and the Kackar Mountains, some people are questioning the future of small plateau villages. Places like Ayder plateau or the communities of Uzungol have seen a growth in recent years of tourism, and the future is guaranteed.

Citizens of other villages high above sea level have always been semi-nomadic. Retreating to the mountains in the summer for a colder weather climate, they go back to the seaside cities of Rize and Trabzon in the winter. 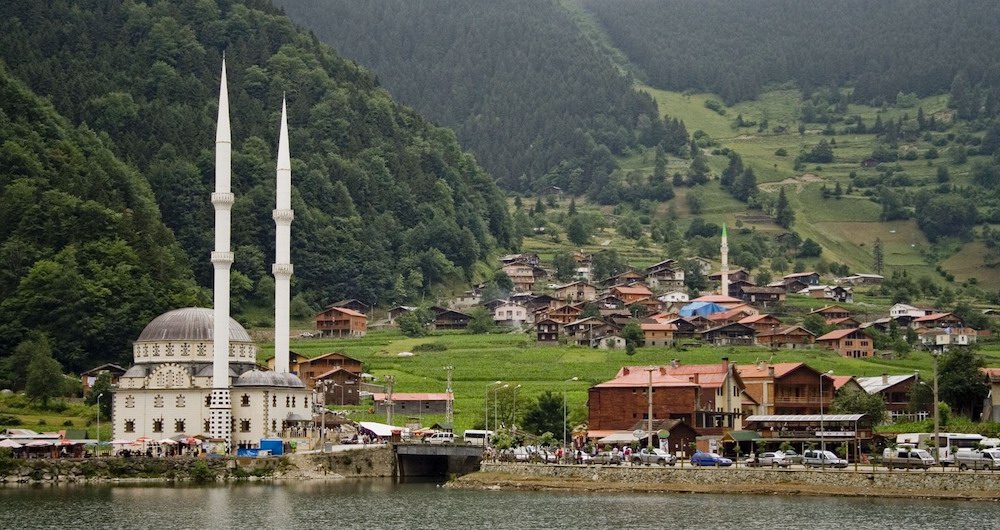 Migration is in their bloodline, but a 2015 film by Visual Peace Media called “Dance the Past into the Future” questioned whether the practice of plateau migration was dying out and in turn, the Laz and Hemsin cultures of the region faced destruction.

Using interviews with young and old people of these communities, the youngsters said city life was better for them. They had shops, restaurants, health care, education facilities and job opportunities on their doorsteps. However, elderly members complained the young were putting their heritage in danger by choosing different lifestyles than that of their ancestors.

It is worth remembering plateau villages of the northeast are incredibly close-knit. Any foreigner interested in buying property there would be hard-pressed to find a seller because the community relies on whom you know, not what you know. This close-knit vibe can often destroy any future opportunities.

Pinarcik, sitting close to the shores of the Aegean Bafa lake is likewise facing abandonment. Many people are surprised, given its location near one of the top tourist attractions, especially on the weekends when Turks flock there for a traditional village breakfast.

A few tour operators selling Turkish village tours go there, and the locals expect nothing in return for their short visit, yet the streets of the village are home to boarded-up houses, looking very much like they should be pulled down due to health and safety reasons.

Yet, there are many success stories of thriving Turkish villages. 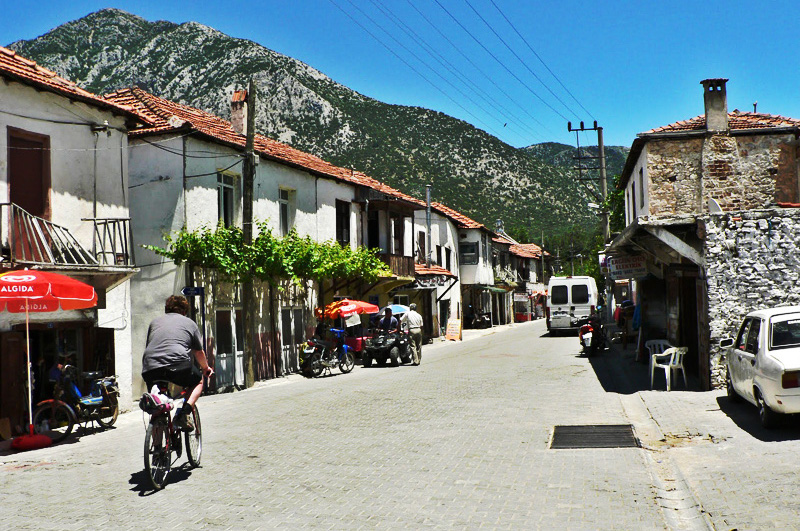 Uzumlu on the outskirts of the Fethiye region has become a thriving mountain retreat for many British property buyers who use their homes for either holidays or permanent living. The land is cheaper because it is away from the coastline and construction firms have done a marvellous job of building modern, trendy villas that appeal to western buyers.

The traditional part of the village revolves around the square but heading away from this, advanced architecture has changed the landscape, yet the community spirit still thrives.

Kayakoy, sitting 8 kilometres away from Fethiye town centre has a global reputation as an abandoned ghost village, and this is true for a large part of it, that has become a popular tourist attraction.

Otherwise, traditional stone houses on the outskirts now fetch upwards of £300,000 because of its famous reputation. Kayakoy has a few shops, restaurants and a bakery but the benefits of town life are just a short drive away. Hence Kayakoy property owners get the best of both worlds.

Likewise, Alacati and Cesme have survived the times by drawing in a substantial retirement population of elderly Turks from the central Anatolian regions. Alacati also took advantage of its windy coastal positions to become one of the top windsurfing destinations in Turkey. It is not unusual for the traditional stone houses to fetch upwards of £500,000 as its growing popularity goes worldwide.

Adatepe village in Canakkale first started facing abandonment in 1950 but came under preservation status in 1989, when the Turkish government declared it a protected site, and city dwellers flocked to buy ancient and restored houses displaying the original stone masonry. Out of 550 homes, families’ native to the area own just 20, yet the village still survives.

All around the world, young people are abandoning villages for the chance of better jobs and higher incomes, yet for many, long-term city dwelling is not an attractive choice, and retirees or people looking for second homes often search for their peace of heaven by choosing quieter locations in small villages. This trend is happening in many areas of Turkey and across the globe.

Villages offer something cities cannot namely peace, tranquillity, and living at one with nature. If they tap into the tourism or Turkish real estate market or even prove to need preservation status for historical reasons, they have every chance of surviving the short cycle abandonment of a rural lifestyle.