6 Cultural Things to do in Bodrum During Summer

Bodrum on the Aegean coast of Turkey is a popular destination, for many foreign tourists. On the surface, it offers copious amounts of sun, sea, sand and any other requirement that constitutes the perfect holiday destination. Yet for many Turks, who know its history, and esteemed status, it seems like an alternative reality, marked with bohemian traits.

For decades, Bodrum has embraced creative artisans, eager to avoid conformity. Tourists can still find age-old traditions and Turkish culture on the many cobbled streets of the small, traditional villages throughout the peninsula, but we recommend looking beyond this to discover what makes Bodrum tick.

Following the footsteps of famous residents and visiting certain places promising indulgence of the highest form, will reveal the pleasure-seeking vibes, that has set Bodrum in the heart of many Turks. By embracing the cultural lifestyle in Bodrum, newcomers will understand the peninsula, and realise, why there really is, nowhere else like it in the world.

Cultural Things to Do in Bodrum

Bodrum’s name in history was Halicarnassus, but the Fisherman of Halicarnassus was born hundreds of years later. Named Cevat Sakir Kabaagacli, credit for the indulgent vibes and successful promotion of the region goes to him. He arrived in Bodrum, three years, after the Turkish War of Independence.

Finding the town to be full of doom and gloom and memories of war, In the 1930s, Cevat along with many of his friends, eagerly threw themselves into the main trade of Bodrum at that time, that was sponge diving. Eventually, the boats transformed into overnight floating hotels and Cevat documented all his travels.

These days, the routes he sailed are known as blue voyage cruises and thanks to his work, Bodrum is a central sailing hub of the Turkish Riviera, attracting mega yachts from all over the world. Three and four-night blue voyage cruises to explore the Turkish coastline as well as Greek islands are one of the top things to do in Bodrum. 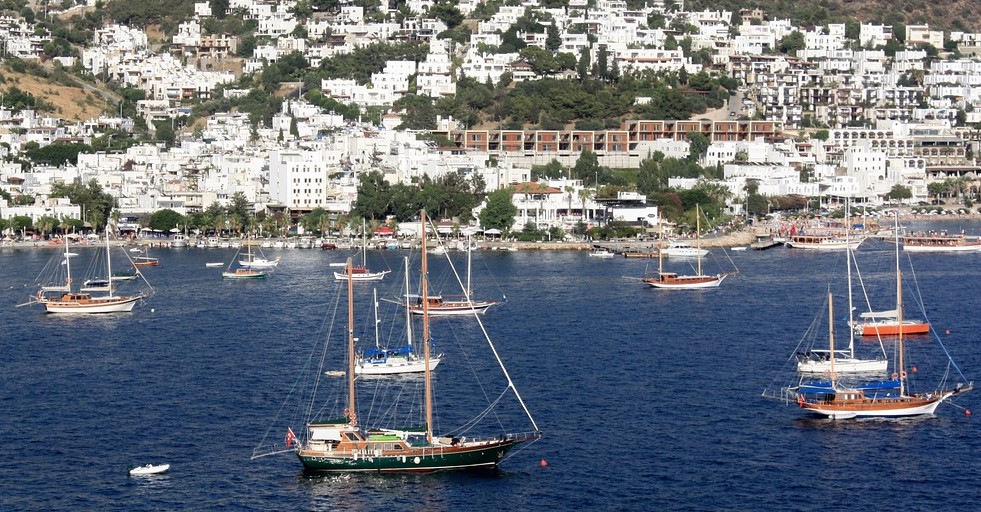 Zeki Muren, a famous Turkish singer during the 1970s, is another famous resident who left his mark on Bodrum. His flamboyant personality and celebrity status further boosted Bodrum’s reputation as a place where the rich and famous could feel at home. These days, famous international celebrities who have holidayed in Bodrum include Catherine Zeta-Jones, singer Beyonce, and footballer Ronaldo.

Zeki Muren’s Museum displays most of his personal possessions and having seen them, one would assume that Zeki’s effeminate character struggled in a conservative country. Yet, Bodrum’s insistence of pushing boundaries to lead a life worth living, explains why Zeki felt so at home here. 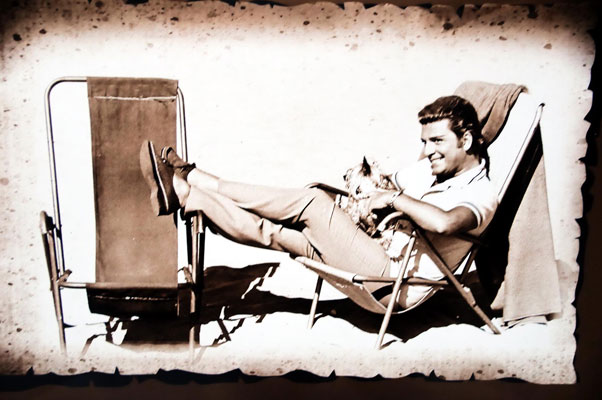 Bodrum is hardly a business hub. Obviously, every day, copious amounts of money changes hands over deals cemented with handshakes, but focus is on the hospitality industry, including evening dining. Naturally, during summer, cool evenings lay the ground for dining alfresco style, in seaside restaurants and on rooftop terraces.

Menus to choose from include gourmet food, or international cuisines such as Indian, or Chinese, however, to do as the Turks do, opt for Aegean cuisine. The core ingredients of herbs, wild greens, fish, seafood and many dishes with olive oil dressings may sound incredibly simple, yet when washed down with a glass of lion’s milk (raki,) one almost begins to feel like a Bodrum Turk. For our evening meals, we particularly like the terrace restaurant of Marina Yacht Club in Bodrum. 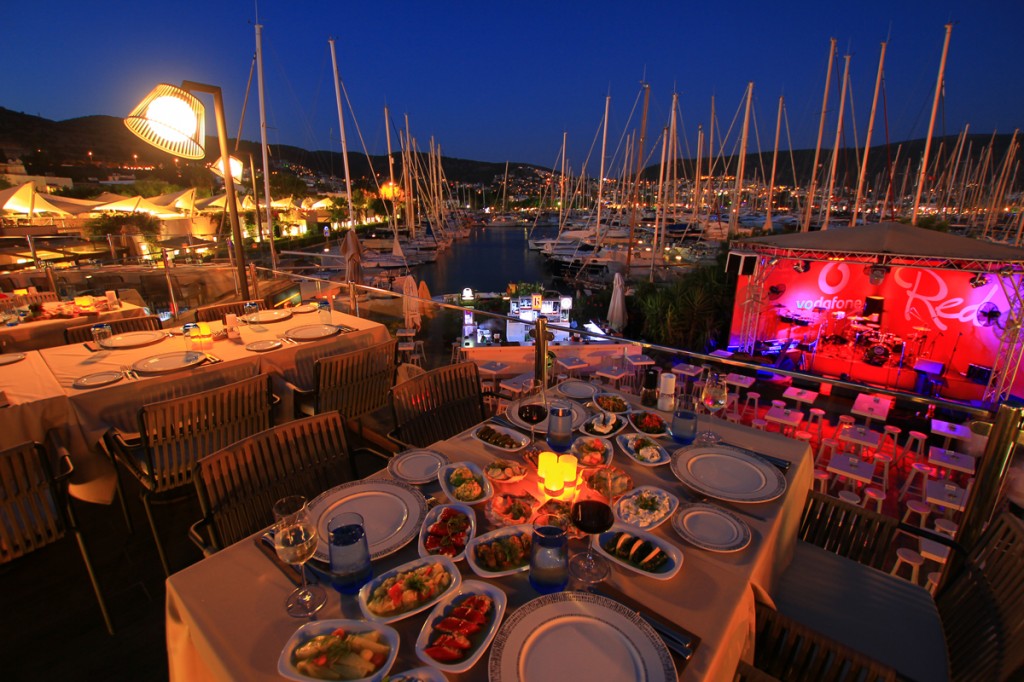 Yalikavak Marina: The Place to Be Seen

Bodrum has been the star of Turkey’s tourism scene for many years, yet when Palmarina opened, the small village became the favoured place for wealthy yacht owners spending summer sailing the Aegean and Mediterranean.

Yalikavak, for many years, was a small village, that embraced mainstream tourism in the 1980s and at the turn of the century became a popular expat hub with many buying property in Yalikavak. All this has changed now. While the old town still portrays its complicated history, the new marina attracts mega yachts and billionaires with its helicopter pad and clubs, where only the elite of the elite get through the door.

Restaurants here tend to be high quality, as do the shops, and the people that frequent them. Hence, Yalikavak is also selling millionaire Bodrum property, with fantastic views over the Bodrum peninsula. Any day trip to Yalikavak should start with a traditional Turkish breakfast in Havva, a small off the beaten track popular with Turkish families, particularly in the weekend. 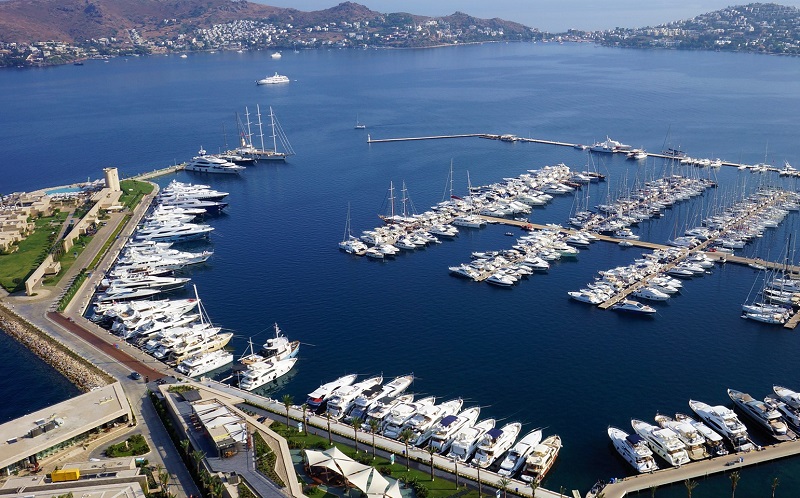 The little village of Gumusluk is home to rabbit island, one of Bodrum peninsula’s famous landmarks. However, Gumusluk has a canny knack of making you forget about the outside world. Locals have a carefree attitude about anything goes, and the slow pace makes it seem as if the 21st century is only happening in a parallel universe.

Limon Cafe, set back from the coastline and surrounded by green hills carries on this trend. Known for its bohemian vibes, the small café serves traditional Turkish food by with their own twist. However, evening dining is what Gumusluk is famous for. Seaside restaurants like Melengec attract famous Turkish celebrities with their intensely fresh seafood and fish. Albeit prices are high, but dining here for the evening, embraces the laid back nightlife of hedonistic Bodrum. 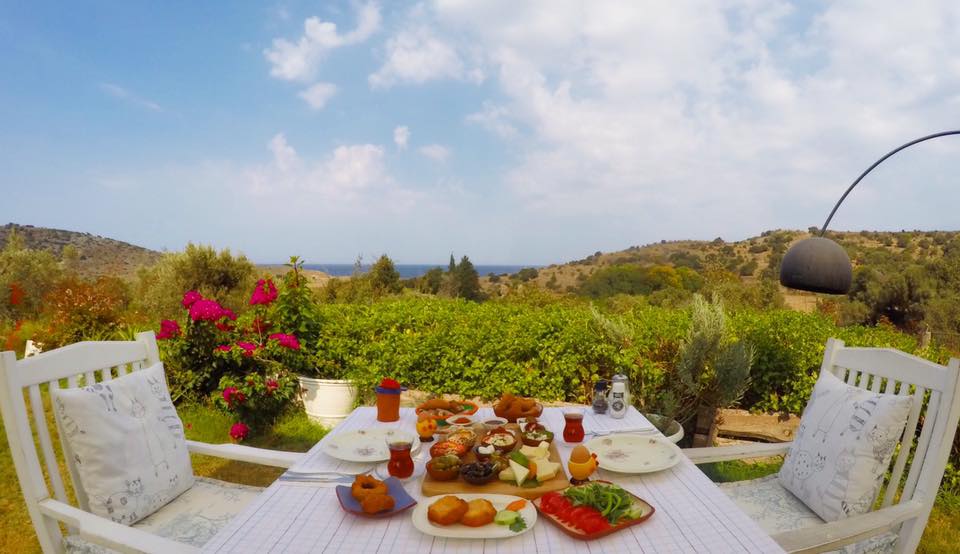 The Beach Clubs of Bodrum

The younger generation particularly like the Beach clubs in Bodrum, with events revolving around all-day tanning and evening parties. Having said that, each beach club has their own distinctive vibe. Xuma beach club, using the tagline “all in the name of love” is one of the more well-known establishments.

Set in 24 acres, as well as promoting swimming and relaxing, the onsite wellness centre satisfies the body conscious beach lovers, while its kitchen promises the best of gastronomy dishes using only the freshest ingredients. Other popular venues include Juju, Sebastian and Moon Beach. All of them portray perfectly why Bodrum embraces nonconformity while promising copious amounts of opportunities to self-indulge. 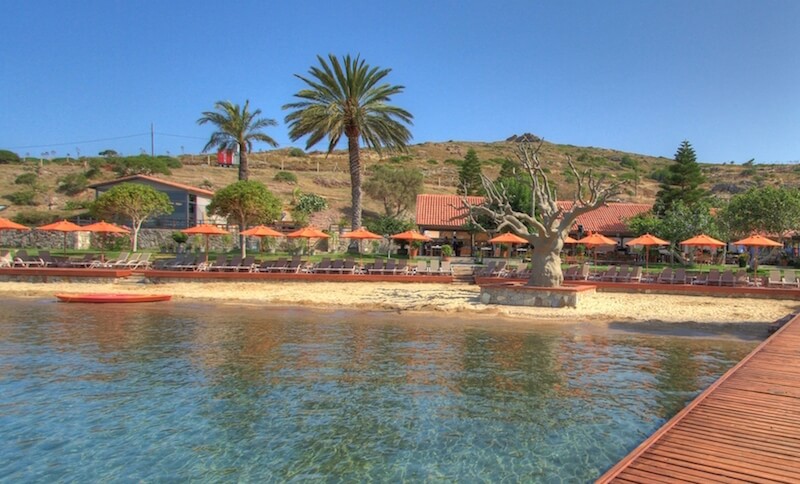