Why Canal Istanbul is fast becoming a political hot point 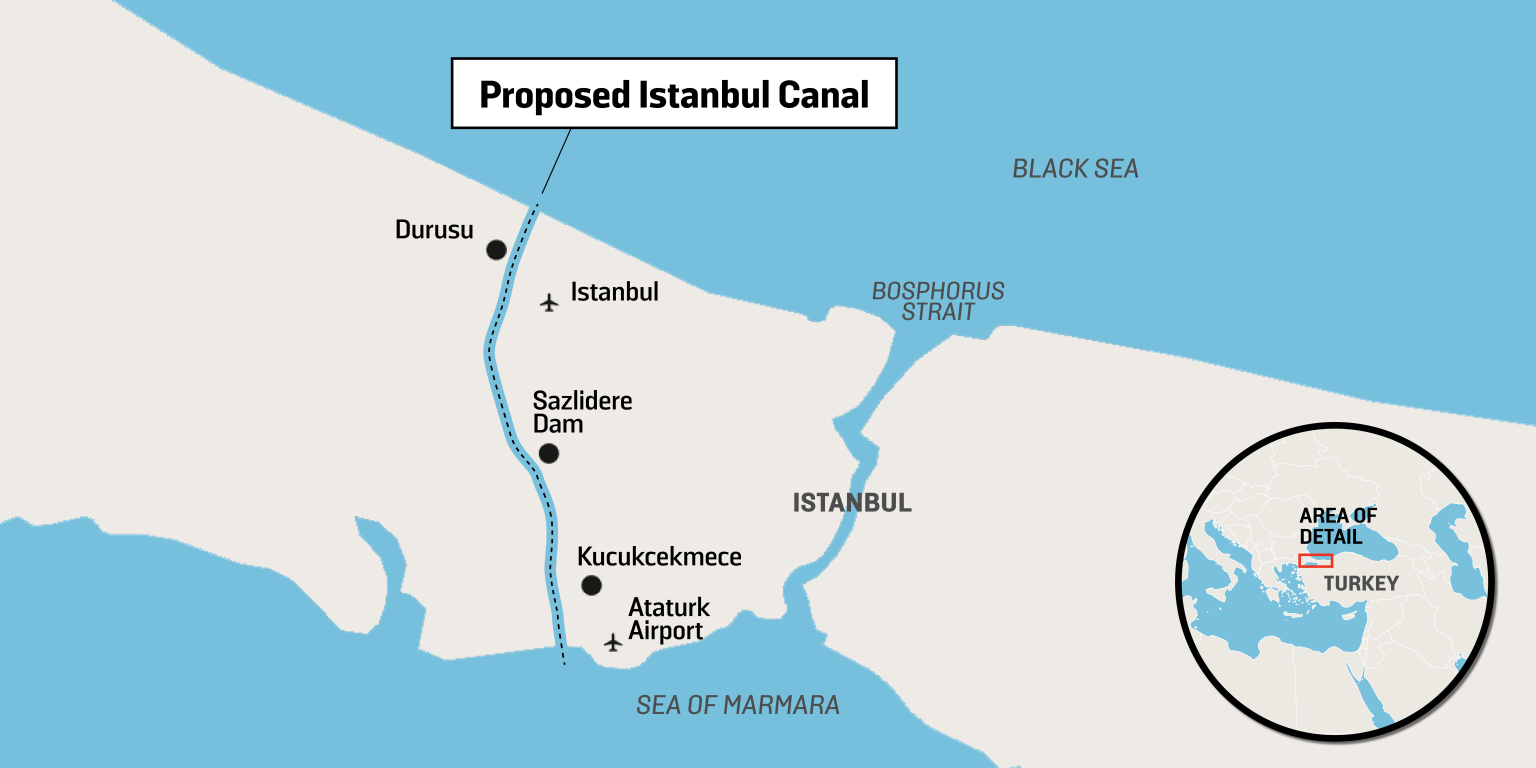 It's a project that has long been discussed: a 45 kilometre artificial waterway through Turkey's largest city, linking the Black Sea and the Sea of Marmara.

Now, the mega-project is tipped to enter a new phase: as a battleground in a political battle between Turkish President Recep Tayyip Erdogan and Istanbul mayor Ekrem Imamoglu.

Erdogan has long been insistent that the $25 billion project will be completed, despite concerns about the project's environmental impact. However, the government says the waterway will reduce pollution and navigational hazards in the much-travelled Bosphorus Strait.

In January, the project caused friction between Erdogan and Imamoglu when the new mayor vowed to do everything in his power to challenge the project on a legal basis.

Last week, the Istanbul municipality filed a legal complaint against Turkey's Ministry of Ministry of Urbanisation and Environment. The complaint asked an administrative court to cancel the approval of an environmental impact assessment report on the project.

Imamoglu has said publicly that polls show most Istanbul residents oppose the project. “We are going to use every legal means at our disposal to stand up for their universal rights,” he said.

“The theory that Kanal Istanbul is going to relieve congestion in the Bosporus is dead in the water, “ İmamoglu said. he added that an existing infrastructure of underground pipelines meant there was already an efficient way to transport hydrocarbons across the city.

And instead of easing navigational problems, the canal would simply add to them, he said.

The canal would create “an island of eight million people and increasing the city’s vulnerability to earthquakes.”

“The fight between Erdogan and the opposition is now going to centre around the future of the canal,” Cagaptay told the publication Time.

The Turkish election is still three years away, but battle lines are already being drawn.