Turkey’s role in the refugee crisis

The biggest human migration since World War II has pushed Europe into a humanitarian crisis. Since 2011 four million refugees have fled civil war and extremist military attacks in Syria, Iraq, Afghanistan and Iran, searching for safety for themselves and their families.

Despite three years of escalating numbers of people fleeing Syria and Iraq, the response from most EU countries has been to largely look the other way. However, in the last month, the crisis has reached a tipping point and pushed governments to take action. Last week, the tragic image of three-year-old Aylan Kurdi, who drowned in the Mediterranean, flew around the world, bringing home the horror of the refugee plight and galvanising many people to put pressure on their governments to respond to the crisis.

The civil war in Syria began as an uprising against President Bashar al-Assad’s authoritarian regime. The government fought back, and the violence quickly escalated. The fighting has intensified in the last two years, causing a faster flow of people fleeing over the border to find safety. In the meantime, the rise of the Islamic State (ISIS), who have capitalised on the chaos in the region to gain ground in Syria and Iraq, has added a further dimension to the conflict.

Faced with the loss of their homes, and with huge loss of civilian life, Syrians, Iraqis and Afghans have fled. As well as the four million Syrians who have crossed the borders into neighbouring countries and beyond, it’s estimated that a further six million people are displaced within the country - altogether, about half of Syria’s population is now displaced. 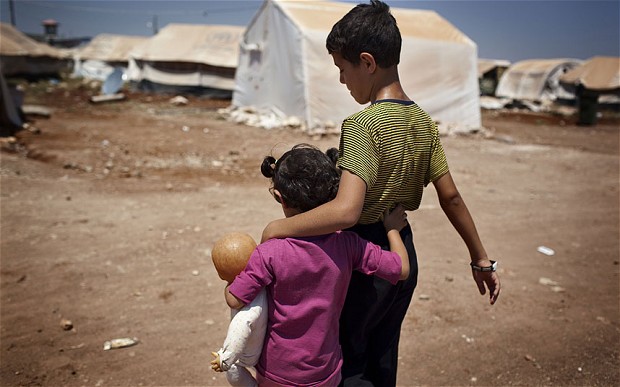 A perilous journey to Europe

Most refugees are entering border countries like Lebanon, Turkey or Jordan, and are waiting in camps to be granted asylum further afield. However, with the breakdown of peace talks in Syria, and the intensifying civil war causing more refugees to flood into these bordering countries, refugees are beginning to lose hope of attaining asylum from their border bases and many - it’s estimated around six percent - are starting to look further afield to Europe.

Life in the camps of these bordering countries is untenable. While basic needs are met - just - any hopes of a job and a life are just not possible due to the sheer numbers. So for many, Europe is the only real hope, and migrants are beginning to attempt the dangerous journey onwards. From Turkey, this route involves a perilous voyage over the Mediterranean Sea to Greece.

This year, over 300,000 refugees have made this voyage. Around 2600 have died, meaning that a refugee has a one in 125 chance of meeting death on the voyage. These are not encouraging odds. And if refugees do land in Europe, they are not guaranteed the life they were looking for, or even asylum.

While some countries are determined to look the other way, others are stepping up to the fore to commit resources and money to the disaster.

The result has been that a few countries are bearing the brunt and accepting refugees, while others accept almost no one. Attempts to share the numbers of incoming refugees across Europe have been strongly resisted by many countries who are concerned about an influx of refugees.

British Prime Minister David Cameron last week bowed to increasing public pressure and pledged to accept 20,000 refugees over the next few years. This is a drop in the bucket next to Germany, whose chancellor Angela Merkel recently announced that 800,000 refugees would be admitted into Germany.

However, the countries who are doing the most by far are Syria’s closest neighbours. Turkey, who borders Syria and has admitted almost two million refugees. Bordering Lebanon has 1.1 million refugees and Jordan has 600,000. Even Iraq, fighting its own war against ISIS, has admitted 250,000 Syrians. 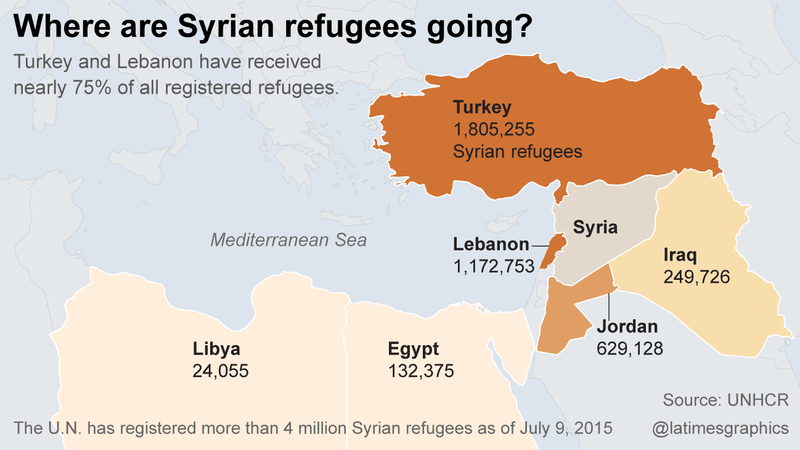 Turkey’s emergency response has been of a high standard, offering assistance to a growing number of Syrian, Afghan, Kurdish and Iraqi refugees over the last three years. There are 25 camps in Turkey, mostly along the border, housing almost 300,000 people.

The camps are officially designated venues where Syrians can adapt to Turkey and their new lives before moving onto Turkish residential areas, but despite the best efforts of the workers and the United Nations Refugee Agency (UNHCR), resources are so stretched now that simply feeding the swelling numbers of people is becoming a Herculean task.

In Turkey, most people feel for the refugees and are sympathetic to their plight. At a grassroots level, many people are working hard to help the refugees. Local authorities have created charities to provide shelter and food. Locals are collecting food, clothing and medicine.

However, there is unease due to the sheer numbers of people entering their country and authorities are being blamed for not containing the refugees in the camps - an impossible task given the large numbers. The hope of many Turks is that Europe will do its part to shoulder the responsibility of finding homes for the many refugees who are still waiting on the borders of their war-torn countries. 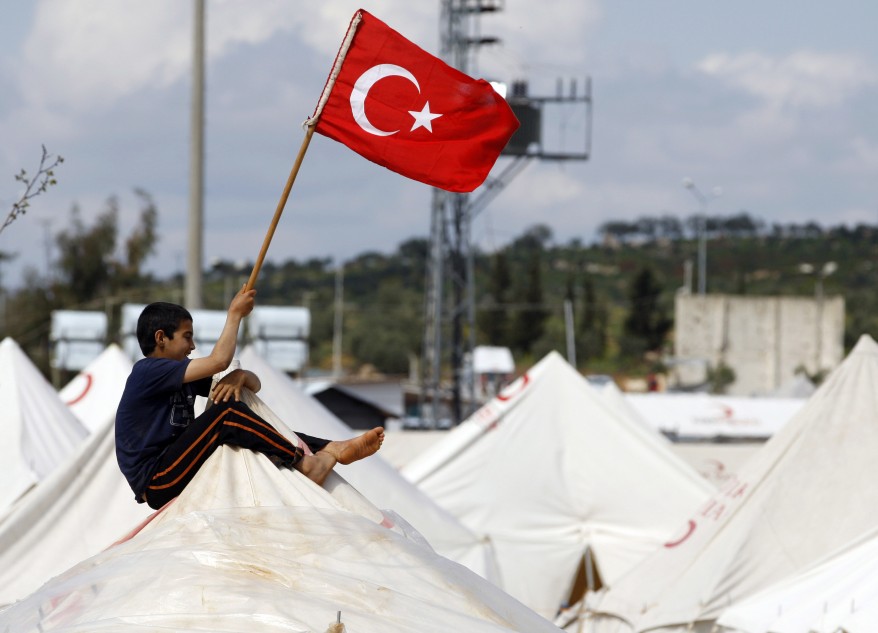