Turkey is vital to China's One Belt, One Road plan

At a recent event in Ankara, the director general of the Institute for Borderland Studies at Chinese Academy of Social Sciences, Xing Guangcheng, said the initiative relied on Turkey's geographical location, a significant reason as to why China is poised to invest in Turkey.

Guangcheng also denied that the initiative was solely in Chinese interests, saying that China wanted to establish a common initiative with other countries.

"This is a win-win project," he said.

The project began in 2013, and is aiming to connect Asia, Africa and Europe with billions of dollars of infrastructure investments encompassing transport, telecommunications and, energy, co-ordinating them with each other to revitalise trade and investment partnerships. 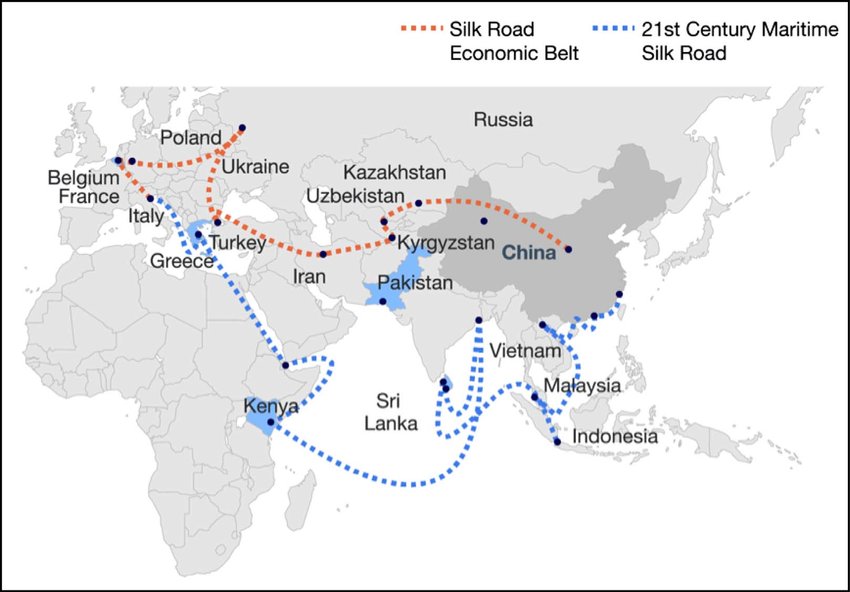 Turkey's position in One Belt, One Road

Among OBOR's most significant ambitions is to bring trade routes back to the Eurasian continent after three centuries of Atlantic-dominated trading.

As a bridge between Europe and Asia, Turkey is in a crucial position in the new network. It's also the strongest and largest economy in the region, with an excellent track record for growth. This gives Turkey a unique bargaining chip in its negotiations to have its own interests accounted for in its dealings with China.

Three hundred years ago, Turkey's Anatolian side - which accounts for 97 percent of the country's landmass - was an important trade route, connecting Europe with the large markets of China, East Africa and the Middle East. These routes were dismantled by the Portuguese, Dutch and British seagoing trade routes. Restoring these routes means an opportunity for Turkey to improve the lives and fortunes of the people living in its rural and remote areas, as well as bringing trade wealth to the people living in neighbouring countries.

Read more: How Turkey and China will grow their relationship in 2018