Tourists flock to the Grand Bazaar in Istanbul 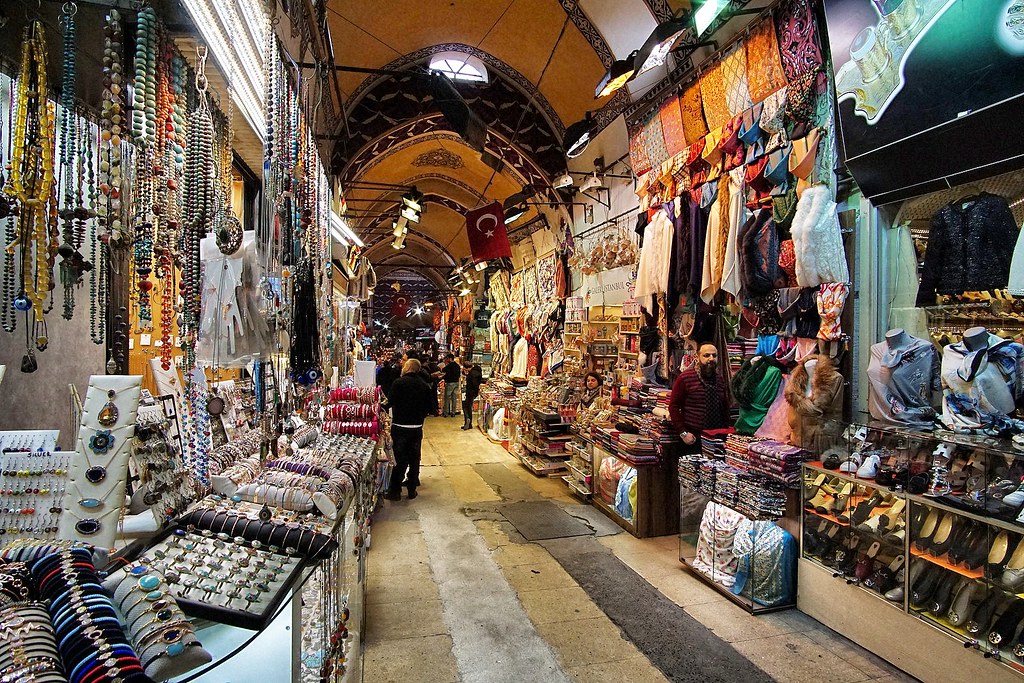 The Grand Bazaar is a landmark in the Fatih district of Istanbul. Known as the world’s oldest bazaar, it has been under threat of closure due to the dwindling number of foreign tourist visitors in the past few years. However, there has been a noticeable increase in footfall and the bazaar has started to regain its previous glory. According to a recent report, the majority of visitors are coming from the Middle East and Far Eastern countries.

What Grand Bazaar traders are saying?

Shopkeepers have confirmed that their businesses are thriving, putting this down to high-powered purchasers choosing to travel to Istanbul once again. It is apparent that the bazaar suffered hugely when tourist numbers to Istanbul declined in 2016/17. The situation was worsened further when the cruise ships that arrived in Istanbul were low on passenger numbers. Whilst cruise ships still don’t fully include Istanbul on their routes, the increase in tourist numbers has given the Grand Bazaar the boost it sorely needed.

Even though the Grand Bazaar is hugely popular with Middle and Far Eastern countries there has also been an increase in tourists that head straight to the jewellery stores. This was confirmed by a jeweller, who said how pleased he is with the increased trade, quick to say: “Our business is much better than two years ago. But we had better times. The recovery process is accelerating. With 2019 we can say that the bad days are behind us. There are no empty shops now at the bazaar.”

Hasan Firat the chairman of the GBTA (Grand Bazaar Trade Association) said currently there are three empty shops, two of which are currently closed for redecoration but will be open again soon. The other is empty due to an issue between the owners, but it is expected to be rented out again soon.

Shops at the Grand Bazaar

Firat said that a total of 103 shops have changed ownership in the past two years. However, now there is a waiting list of people wanting to rent or buy shops in the Grand Bazaar. There are 3,600 shops operating and with the inns added, the shop numbers will stand at over 4,000. Firat was quick to add that: “The Bazaar closes at 8pm. However, we cannot get customers out. It takes until 9pm to get the customers, mainly tourists out.”

History of the Grand Bazaar

The Grand Bazaar is at the top of most tourist destinations in all of Turkey. This is due to the bazaar being the largest covered market worldwide. The Grand Bazaar covers 30,700 square metres with at least 60 alleys and streets, which house 4,000 shops. The bazaar was formerly known as Bedesten and it was created in 1461 by Mehmet hr Conqueror. The word ‘Bedesten’ was the name given to an indoor shopping arcade and many areas of the bazaar are still known as that today. Through the years the bazaar has grown from just two Bedesten to the sprawling complex which houses the thousands of shops today.