Tombs and Sarcophagi in Stratonikeia to open for visitors 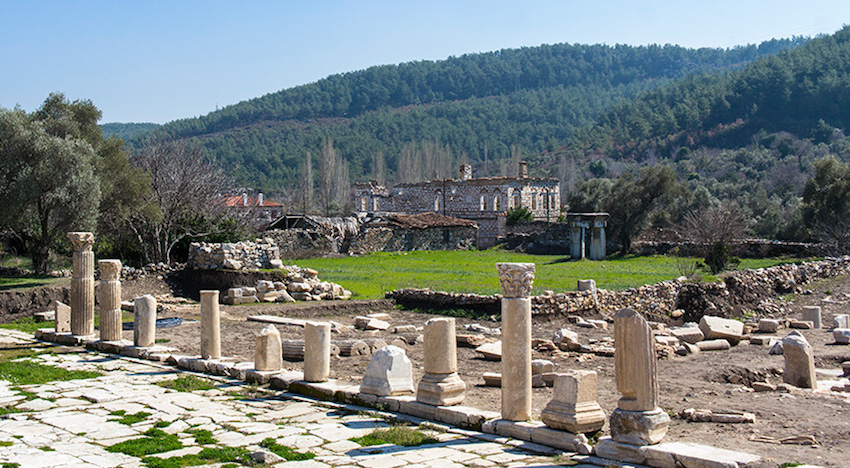 It has been confirmed that tombs and sarcophagi have been dug up from one of the biggest cities of marble in the world and will be on display in Western Turkey in Stratonikeia, near to Bodrum in Mugla.

On March 1, Turkey’s Culture and Tourism Ministry launched ongoing excavations in the city of Stratonikeia. The area of Mugla has already proved positive with new historical artefacts being unearthed in recent years. The development will run continuously for one year and the ongoing project is supported with additional personnel and industry experts.

Bilal Sogut, the head of the excavation in Stratonikeia spoke with spoke with the AA (Anadolu Agency) reporting that many of the findings were found in the ancient city, which was originally home to various historical civilisations dating back to more than 3,500 years ago. The ancient city is also referred to as the “city of gladiators” and is an historical place of importance in the Roman, Hellenistic, Byzantine and Anatolian periods, as well as during the Turkish and Ottoman Republic eras.

What has been found in Stratonikeia?

Sogut confirmed that the team working on the excavation have uncovered a wall from a tomb as wells as a sarcophagus from the Roman era, and that these new findings have been secured and protected. He said: “We, with the Mugla museum initiated work to display the tomb and sarcophagus which can be carried from its place at the entrance of the city.” It has been revealed that there are also samples uncovered which could date back as far as 4,500 years ago. Sogut said: “We are fulfilling a very important project that will set an example for Mugla.”

Where can these new discoveries be seen?

The gladiator’s graves can now be seen at the entrance to the ancient city. It has also been determined that there will be descriptions of the pieces in both Turkish and English, with the graves being classified in accordance to the era that they belong to. The pieces start from as early as the Bronze Age (3,000 B.C) and the items that are on display are those which are unable to be protected in their original place.

Stratonikeia has been added to the temporary UNESCO World Heritage list. Sogut did confirm that the excavations that are ongoing provide new information every year, and that this current project will provide a pathway for discovering archaeological values and also determining extremely important data for the region, for Turkey, and for future excavations.