Target of Zero Emissions for Istanbul Airport By 2050 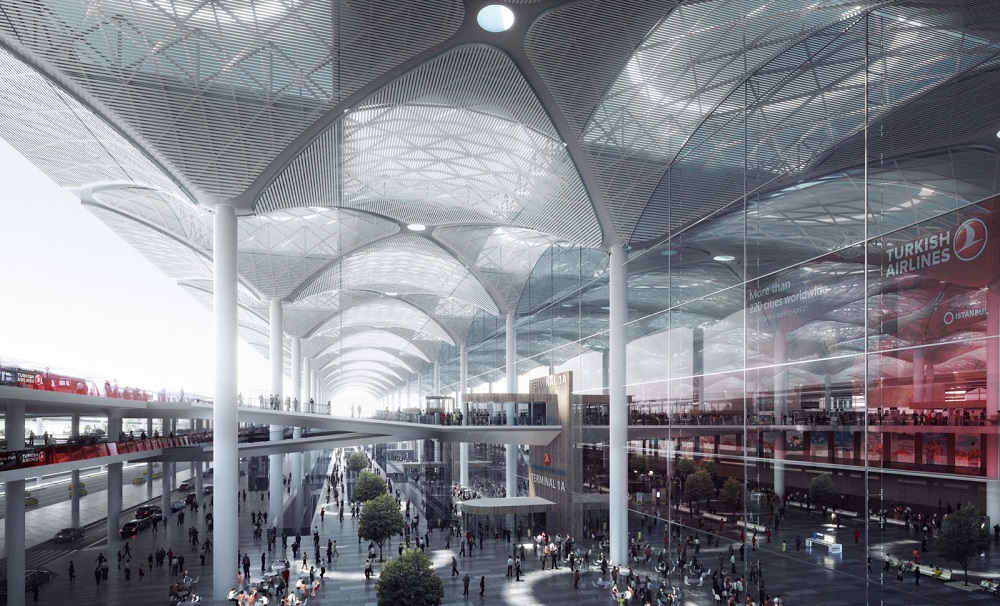 The Airport Council International (ACI) oversees 238 worldwide airports and recently announced a new initiative with Istanbul Airport, confirming their pledge to achieve net-zero CO2 emissions by 2050. IGA, the operator said that they are working towards sustainable development and the commitment to zero-emission is just a small part of their plans.

The initiative “ACI Net Zero 2050” was started in June 2019 with the aim to mobilise airports to fight the climate crisis and begin to decrease carbon footprints.

As well as the pledge the airport has made regarding zero emissions by 2050, they have also taken further steps which include establishing an Energy Management System, various energy efficient actions, enhancing their systems using energy audits, creating a Greenhouse Gas Management System, undertaking greenhouse gas measurements, as well as using electric vehicles and implementing charging stations for the vehicles.

To reach their 2050 target, Istanbul Airport has also committed to go even further by establishing a solar power plant, obtaining renewable energy from the electricity grid, and pushing for increased establishment of charging stations so that they can transition quicker towards totally electric vehicles being used. In their heavy vehicles they will use biodiesel and complete energy efficiency works, which include hydrogen fuel being used for transportation and heating.

Kadri Samsunlu, the CEO of IGA confirmed that their actions have come from knowledge and that they realise that they have a colossal responsibility for generations to come. Samsunlu stated: “We have prepared our ‘Net Zero CO2 Emission’ roadmap for the Istanbul Airport, Turkey’s gateway to the world.” Samsunlu went on to explain that some of the targeted plans were to be undertaken shortly whilst others are for the longer term, but he was adamant that they will all be carried out by 2050.

Istanbul Airport to be Congratulated

Olivier Jankovec, the General Director of ACI Europe, praised Istanbul Airport for the collective commitment alongside other airports worldwide.

Jankovec went on to say: “Carrying the climate agenda forward will not be an easy task for any of the sectors let alone those who were hurt the most from the COVID-19 crisis, the recovery process of which will last years. I would like to thank the Istanbul Airport team that is volunteering to do more by focusing on the net-zero targets.”