How to celebrate Christmas in Turkey this season

While Christmas isn't celebrated widely in Turkey, the holiday has become more predominant as the country's expat populations grow.

Here's where you'll be able to sing carols, exchange gifts and get together with others to celebrate the holiday this year.

On Sunday 16 December between 530 and 7pm, the Pera Diriliş Kilisesi church will be holding an evening of "Noel Ezgileri," or better known to English speakers as Christmas carols. The new Anglican church in Beyoglu is a Turkish language Church of England that is attended by Christian expats. There will also be readings and a discussion about Christmas.

At Circolo Roma, the Italian Cultural Center  in the Casa d'Italia in Tepebasi, visitors can attend "Dolci Natalizi," a cooking class where guests can learn how to make Italian Christmas desserts like neapolitan struffoli, croccante and zabaione with pandoro taught by Italian expat Francesca Rosa.

The new Latin American restaurant Azucar, in Cihangir, will host a celebration on Christmas eve, where revellers will be treated to a traditional Venezuelan holiday dish.

In Bodrum, a sizeable expat population means plenty of opportunities to celebrate the season.

Bodrum waits till Boxing Day to celebrate the season, with a huge gathering of expats descending on Trafo, a council cafe. Before the event, there are rehearsals so children can learn the relevant Christmas songs, on Friday December 14.  On 16 December Trafo will hold a holiday fair.

On Wednesday 19 December, Vira's Hotel and Restaurant in Yahsi will throw their eight pre-Christmas lunch between midday and 6pm, with roasted turkey and Christmas pudding on offer for those craving a taste of home.

On the weekend before Christmas, Kefi Beach in Bodrum will host a holiday market to allow people to pick up last-minute crafts to wrap up as gifts.

On December 22, popular expat hangout Sugar and Salt will host a Christmas Market in aid of a local dog shelter, between 11 and 5pm.

And on the day itself, Pubness, the Irish pub on the main marina, will serve up a traditional Christmas dinner with turkey, stuffing, mashed potatoes and gravy. From 3pm till midnight. 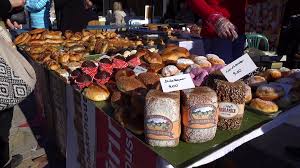 Fethiye's expat community are busy in the weeks leading up to Christmas. There are four carol services, organised by the Fethiye Community Church, that will be held in venues around town.

You can join in renditions of Silent Night and Little Town of Bethlehem at the following events, each held at 6pm:

On December 13 at 7pm, the Carnival Restaurant in Fethiye will host a Christmas party to benefit a local animal shelter. The restaurant will serve up roast beef and potatoes.