Christmas holds no great importance in Turkey, being a predominantly Muslim country, so if you choose to ignore its existence nobody will think ill of you. But if you do choose to mark the occasion, there are a few things that make Christmas in Turkey unique - and just as wonderful as it is in the UK or elsewhere. Marie Coggin, who lives in Gumusluk, Bodrum, explains why she loves Christmas on the peninsula. 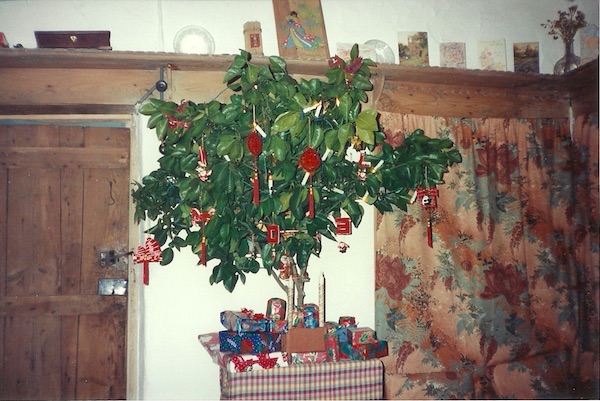 There have been many occasions in the past when I have chosen to escape the tinselled commercialism of Christmas in my native country to come and spend time in a Christmas-free zone where 25th December is just another working day. Just think: no Christmas cards to write and nobody to notice whether you have left them off the list or not.

On one Christmas 'great escape', we did decide, for fun, to have a form of Christmas tree. In the absence of a small pine tree, we decorated a tangerine tree, much to the amusement and bemusement of the local villagers.

In those days in rural parts, they were completely unaware of the existence of Christmas. I remember trying to explain to a young Turkish lad that the year was 1995 because that was the number of years since the birth of Jesus Christ. Not only did he remain unimpressed and unconvinced but he looked pityingly at me, and I could see him thinking that although Jesus Christ may have been a significant prophet he wasn't so special that a calendar should be centred round him.

2. If you do want to celebrate, the Turks will gladly join in

They'll even wish you 'Iyi Noeller' (Happy Christmas). One year, my neighbours specifically came back from their winter retreat in Istanbul in order to join me in the festivities and so I duly obliged with the full works: roast turkey, Christmas pudding, port and stilton, and mince pies. They participated eagerly and marvelled at the idea of getting so much hot food together on the table at the same time. Praise indeed from a country famous for its cuisine and seemingly full of expert chefs! 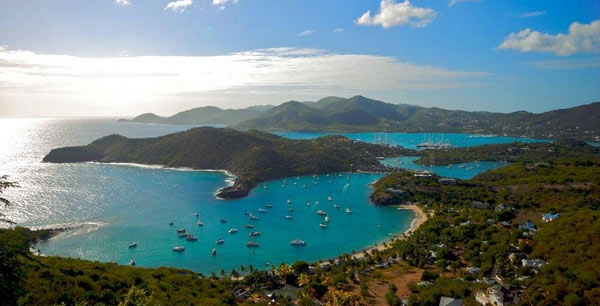 3. The weather is often warm, sunny and beautiful

One year we had fish and chips on the beach in Yalikavak while others celebrated with barbeques on the beach. Another year we celebrated with blazing braziers in an attempt to fend off the chilly air outside the fish restaurant where we ate. However, if you want a traditional Christmas dinner, there are plenty of restaurants on the Bodrum peninsula that will oblige in offering full traditional fare. 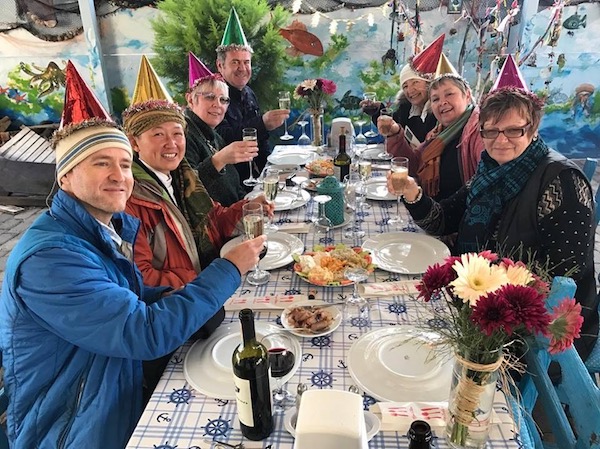 4. You can have a truly international Christmas ...

You can celebrate Christmas all you want and how you want and with whatever food you want. Further, with a truly international population you have the opportunity to savour other nationalities' customs and culinary delights. How about a Swedish or a French Christmas for a change? 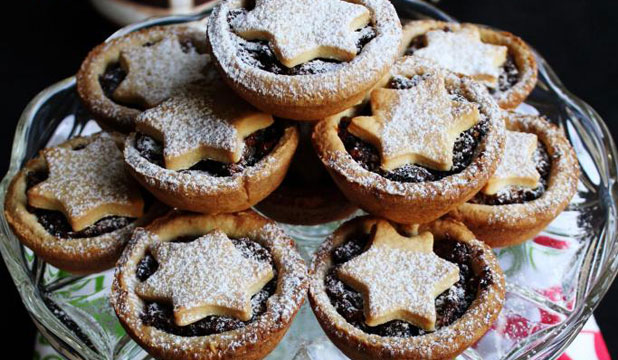 While you won't find mince pies piled high on supermarket shelves, expats run farmers markets at many locations on the peninsula; at venues in Yalikavak, Turgutreis and Gumbet you can buy your home made mince pies at the special Christmas fairs, and other foods and delicacies we associate with the yuletide. One such fair takes place on 23rd December at the Sipark Hotel, Gumbet but there will have been many more prior to that.

6. It's all about enjoying ONE day

While it can feel odd that Christmas Day is just an ordinary working day, it is also a relief not to have weeks and weeks of the relentless build up to Christmas with all the pressures and expenses that are associated with it these days in Europe and overseas. 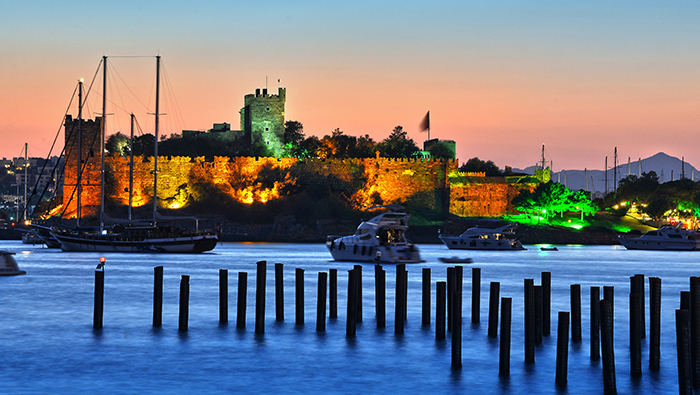 7. The Mayor puts on a party

The Mayor of Bodrum puts on a fabulous Christmas bash with free drinks, a barbecue and Christmas carols at the stunning Trafo location next to Bodrum Castle overlooking the sea. All the international community are invited and we are extremely appreciative that the local municipality are so welcoming, so generous and so hospitable that they host a Christmas party for all the foreign residents living on this very special Bodrum peninsula.

And for an alternative to Christmas:

If you want to cancel Christmas altogether then why not celebrate the pagan traditional Nardugan winter solstice celebration instead? Fun can be had with the distribution of soup and lokma (a very sweet type of small doughnut) along with the traditional lighting of fires on various beaches across the peninsula. After all, the festival harks back to pre-Christianity and pre-Islam and is probably the very reason why we celebrate Christmas at this particular time of the year.

Read more: How to celebrate Christmas and new year in Turkey.