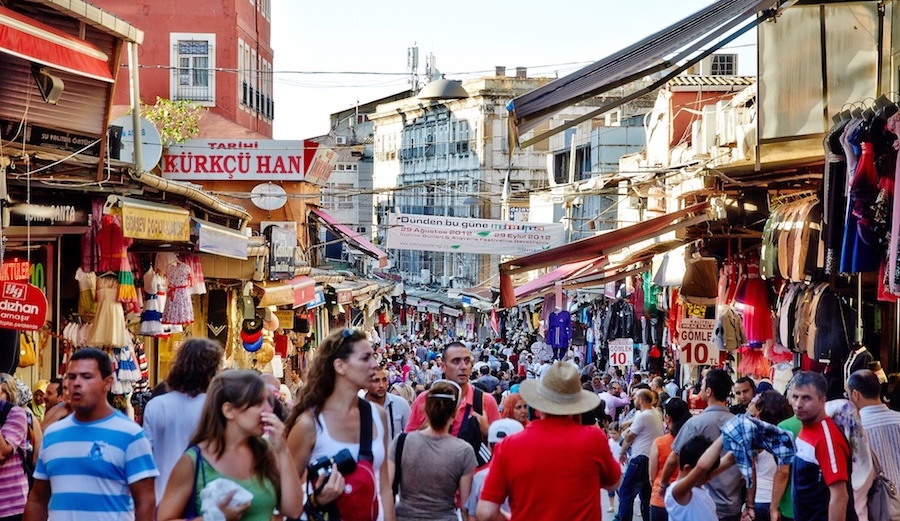 Results have recently been announced by the Istanbul Provincial Directorate of Culture and Tourism, which confirmed that over 13.4 million foreign tourists visited Istanbul in 2018.

Within the tourism statistics it showed that over a million of these visitors were from Germany alone. The Istanbul Tourism statistics report considered the number of foreign visitors that had entered the country using Sabiha Gokcen and Ataturk airports as well as the ports of Karakoy, Zeytinburnu, Tuzla, Ambarh, Haydarpasa and Pendik.

According to the information that was gathered from the report it showed that there was an increase of 24% when comparing foreign visitors in 2017 and 2018. There were more than a million tourists in December 2018 alone that visited Istanbul, which is a huge increase of 21.3% from the previous year.

Where do tourists arrive in Istanbul?

The report also showed that over one million people from Germany visited Turkey and this ensured that they led other nationalities and secured an 8% market share. In the last three years the amount of people coming to Istanbul from Arab countries soared to a huge 3.4 million in 2018, after having hit 2.6 million in 2017 and 1.9 million in 2016. This means that the Arab tourists made up over 25% of the foreign visitors coming to Turkey in 2018. This report also highlighted that there were 9.6 million transit passengers in 2018 that did not enter the country.

Hotels and accommodation in Istanbul

The accommodation facility data showed that there are approximately 3,500 travel agencies out of a total 10,000 in Turkey that are based in Istanbul. There are a total of 563 facilities that have the capacity to offer 114,717 rooms for tourists and these all qualify for the Culture and Tourism Ministry’s “operation licence” and there are a further 27,161 beds that fall under the ministry’s “investment license” and are currently still in the construction stages.

Istanbul has over 135,000 entertainment and catering facilities that have an “operation licence” with just under 31,000 being aboard a sea vessel and described as “day trip boats,” “floating restaurants” and “commercial yachts.” There are also establishments that are currently under construction and when completed they will be able to house a total of 11,738 people.