The largest Istanbul urban transformation project yet has begun in Fikirtepe, transforming the area and opening it up to Istanbul property investment opportunities.

Located in the heart of the Kadikoy district on the Asian side of the Bosphorus, Fikirtepe is one of the oldest settlements of the city. However, in the last few decades it’s become infamous within the city for its poor quality, illegal dwellings. The huge urban regeneration project aims to turn the suburb into a city within a city.

Prime Minister Binali Yildirim launched the project over the weekend, recalling that in 2002 the country was suffering a major housing shortage. 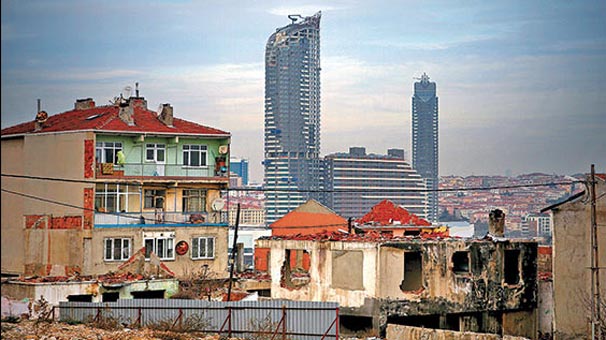 “Urban transformation is one of the most important achievements of our government,” Yildrim said.

“We rolled up our sleeves and launched a major housing mobilization. In a short period of time, we’ve started carrying out housing projects not only in a few provinces but all over Turkey.”

The PM said Fikirtepe could expect more than 10,000 new homes, making a total of 35,000 in the neighbourhood.

“Each project that we lay the foundation of grows our citizens’ businesses and needs. With every investment, we provide new business areas. We provide new areas of employment. With these gigantic projects, we are not only building today, but we are also building tomorrow,” Yildirim said.

Fikirtepe construction will be ongoing for another two or three years, as contractors replace low illegal dwellings with modern high rise apartments.

A staggering US$18 billion is being poured into Fikirtepe, which makes it one of the biggest stages of urban transformation yet. The 10,269 new units include 9189 Istanbul apartments, 571 workplaces and 509 offices.

Minister of Environment and Urbanization Mehmet Ozhaseki said the urban regeneration would result a city within a city.

"With this urban transformation, a brand-new city will be built on 13 city blocks in Fikirtepe. Here we will build brilliant places to live with parks, green spaces, public transportation and all the other facilities."

Fikirtepe’s transformation was first announced in 2010 by the mayor, but until now has been delayed due to problems with red tape - hardly surprising since it’s one of the biggest private-public partnership endeavours in many years, with more than 20 private construction companies working with the Ministry of Environment and Urbanization.

Fikirtepe is one of our top five investment destinations in Istanbul.

Just five minutes away from the world famous Bagdat Avenue is this world class project of apartments ranging from one – five bedrooms in size, meaning there is something for all budgets and family sizes here.