The government is resorting to creative measures to stimulate the economy and present a front of “business as usual” to voters.

In the past, Presdient Recep Tayyip Erdogan hasn’t hesitated to throw a little money at voters. But at the moment, that old trick is difficult, with the government running under a tight set of financial constraints.

This means he’ll have to get a little creative to woo his electorate.

“Traditional means of doling out the pork are out,” said Atilla Yesilada, an analyst at the consultancy GlobalSource partners. “Instead we see tricks.” 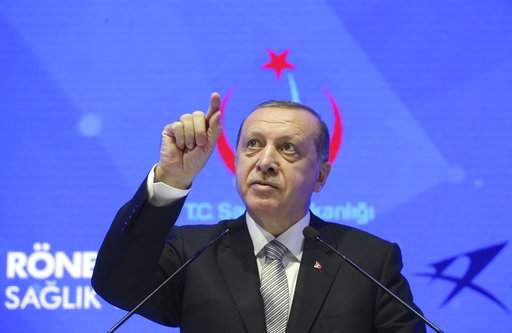 Winning whatever the cost

Last year, as the country approached June’s landmark elections, economic conditions were favourable as Erdogan jostled for position as head of a new presidential system that would see him have all encompassing powers.

Before the vote, his government announced a $6 billion package to the people, including individual payments to pensioners. This time round, voters are voicing their concerns about the economy and rising unemployment.

This time round, the mayoral and municipal elections that will take place on March 31 will take place during a sharp economic slowdown. Erdogan’s ruling Justice and Development party (AKP) is nervous about the upcoming vote, especially in Ankara, where a tight race will be fought. A loss in the capital city would be devastating for Erdogan.

Now, the president is targeting the private sector to win favour with the voters, imploring retailers to keep prices down and offer discounts to curb anger at rising inflation. He’s warned shops selling produce, which skyrocketed in price last year, that if they “exploit” people they will “pay the price.” Companies are now required to raise the minimum wage by 26 percent.

And in the state sector, he’s targeting banks. In January, the country’s three state-owned banks were asked to provide cheap loans to anyone struggling with credit card debt, and to offer discounted mortgages.

Turkey’s finance minister Berat Albayrak is the one behind the restrictions. Albayrak, who is also Erdogan’s son in law, has introduced a range of strict fiscal disciplines to shore up the economy after the lira took a dive.

His target this year is a modest growth of around 2 percent this year, and a budget deficit of 1.8 percent of gross domestic product.

One way the economy could be stimulated would be for Turkey’s bank to cut interest rates, currently standing at 24 percent. However, such a move could trigger new economic turmoil, and banks have indicated they won’t act prematurely.

Borrowing money, which would be the natural way to fund pre-election stimulus measures, could push interest rates up in the domestic market.

Tucked away in Sapanca, these gorgeous properties are just minutes away from the Lake with unrivalled views stretching out endlessly, perfect for those looking to re-energise in natural settings just a short drive from Istanbul centre.