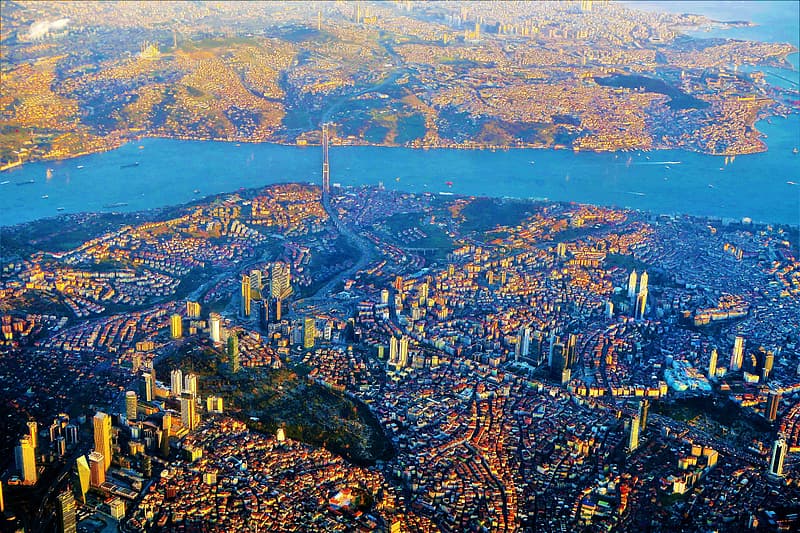 Deggin was one of a number of pundits signposting several interest rate drops this year.

“As predicted, interest rates are coming down,” Deggin said.

Ahead of the decision, President Recep Tayyip Erdogan said the benchmark rate should fall to single digits in the second half of the year, saying it was time for investments to ramp up after a slowing of inflation.

Rates dropping into single digits will prompt a big shift in the property market, Deggin warned.

“Lower interest rates and lower cost of borrowing are exactly what Turks have been waiting for for the past two years,” he said.

The Turkish appetite for property has grown over the last decade as the middle class has expanded, Deggin explained.

While Turks used to marry and have children in their early 20s, increasingly, they’re holding off, building careers and amassing property before they start a family.

These young professionals, who favour affordable luxury apartments in Istanbul and other large centres, are ready to buy. However, while interest rates remained high, these would-be buyers held off taking the plunge into real estate.

“They’ve been bottling it up inside. They’ve wanted to go out there and buy property, but the interest rates have been high and they haven’t been able to do that.”

Now, they are readying themselves for a further drop to plunge into the market, Deggin said.

“Currently in Turkey, the psychological threshold for interest rates is 9%. So the moment the rate comes below 9%, Turks will be out there borrowing and buying property.”

A surge in Turkey’s domestic real estate market has significant implications for foreign investors, he said.

“For foreign investors, their days of getting those massive discounts are going to be over.

"Because when 95% of the market is domestic, and that market is coming back to play, the 5% of foreign buyers are no longer relevant for developers.”

Deggin’s advice to investors is to strike at the front end of 2020, while the iron is still hot.

“The clock is ticking. Right now, investors still have a bit of leverage while the market remains quiet. But after the middle of the year, when interest rates are predicted to drop again, the Turks will come out to play and foreign buyers will be sidelined.”