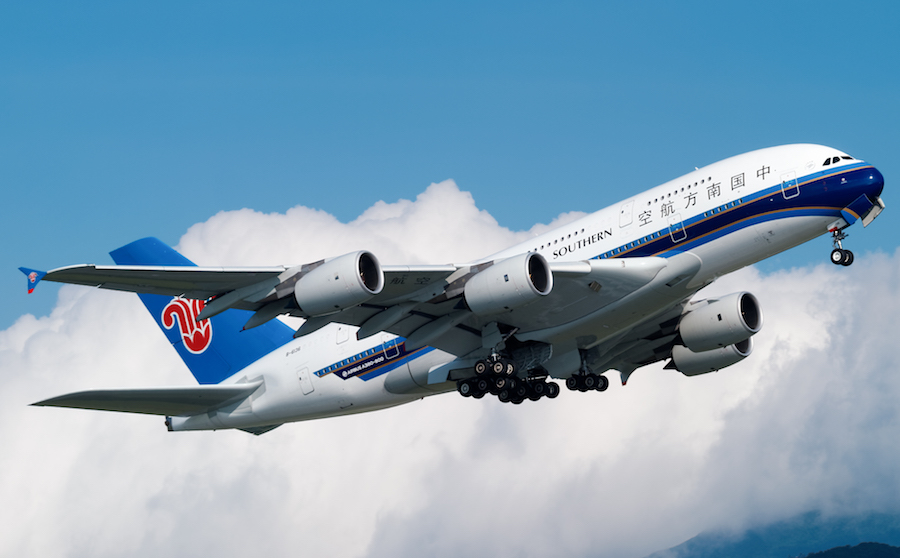 The Airbus 380 is the largest passenger plane in the world, and it is being utilised by China Southern Airlines to transport visitors to Istanbul due to new interest in Turkey from Chinese tourists.

Chinese holiday companies can now bring more tourists to Turkey thanks to the new plane and relationship with THY (Turkish Airlines) to include new Chinese destinations, which includes the north western, central city of Xi’an. The increase in interest from Chinese tourists is due to the improved economic and cultural ties between the two countries.

According to data provided by the Tourism and Culture Minister, from January to August this year 292,000 Chinese tourists were welcomed in Turkey. In comparison with the same time last year, this was an increase of 12.66%. If the numbers continue to rise at this pace, the number of Chinese tourists in Turkey is predicted to reach 500,000 by the end of this year.

Flight statistics from China to Turkey

Chinese companies that already fly to airports in Turkey have added flights to Turkey from other locations and are flying planes into Turkey in quick concession to ensure they get the desired airspace.

In May 2018, in addition to the Beijing flights, China Southern airlines started flying from the largest city in the middle of China, Wuhan, which is home to approximately 11 million in total. China Southern Airlines is the biggest airline due to their fleet of planes and their flights leave from the capital airport in Beijing. Due to the high volume of Chinese citizens that want to visit Turkey, the airline plans to expand the aircraft numbers in the near future.

Once the airline has secured the necessary permits required, they hope to resume flights from Beijing to Istanbul by utilising the Airbus 380 model with a capacity of carrying up to 853 passengers at any one moment.

The mammoth Airbus 380s were unable to use Ataturk Airport unless they were undergoing special operation due to the taxiways and runways being unsuitable. However, the new Istanbul Airport does not have these issues and can accommodate the A380 plane easily.

Airbus has already stated that once the final A380 passenger aircraft orders have been fulfilled in 2021, they will cease production of the plane. The body of the A380 is 73 metres long, 24 metres high and has a colossal 80 metre wingspan. The aircraft provides a range of 14,800 km and has a maximum speed of 1,185km per hour.