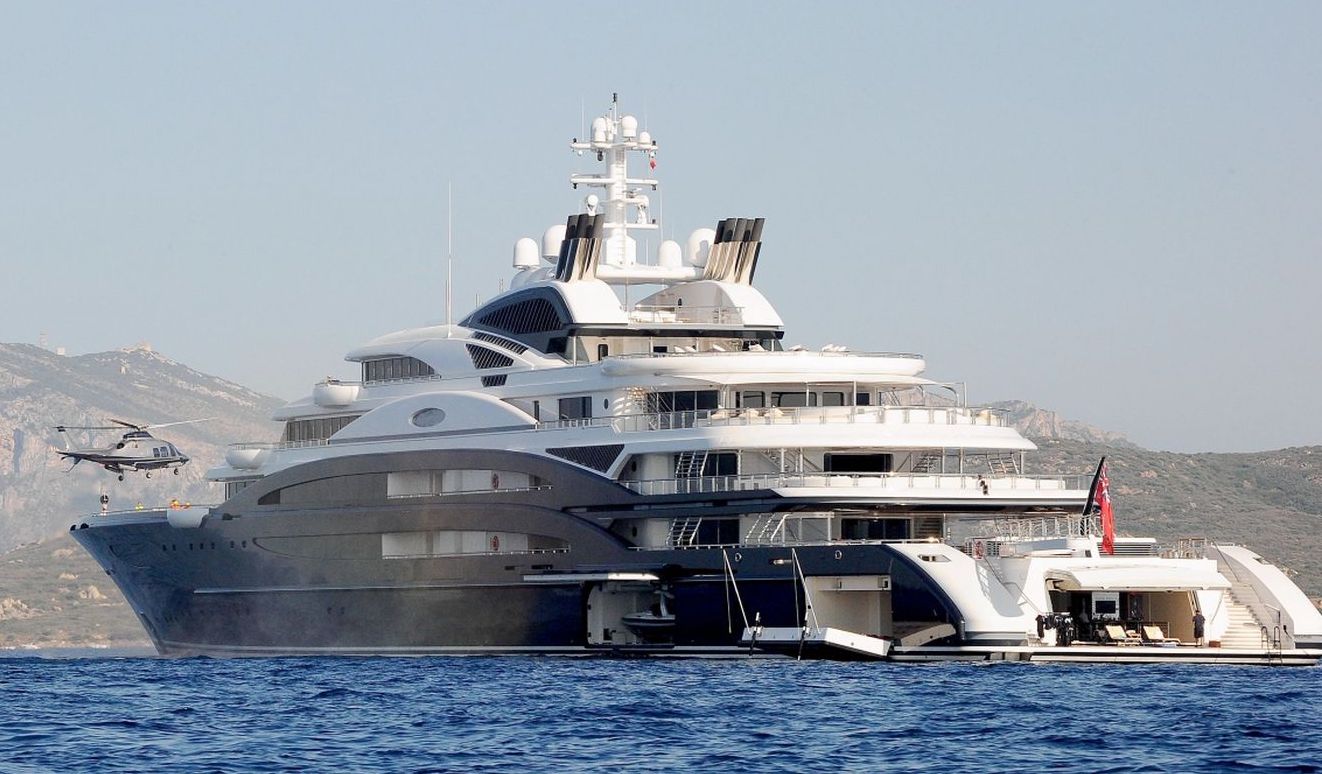 The world’s fourth richest person and founder of Microsoft, Bill Gates is reported to have recently visited Bodrum, the popular resort town in Turkey.

Gates arrived at Milas-Bodrum airport in his private jet before boarding a helicopter which took him to his luxury private yacht Leander, which is complete with heliport and anchored off the Turkbuku coast on Bodrum. It is reported that Gates is currently embarking on a tour of the Mediterranean.

Following a day on the pristine shores of the Turkish town the media reported that Bill Gates dined with six friends at an upper-class restaurant in a local hotel in Bodrum. The party are said to have spent 9,340 USD (80,000 Turkish Lira) on their dining experience. Some of the most expensive Turkish restaurants are in Bodrum, with reports that the popular Turkish dish lahmacun costs 11 USD (98 Turkish Lira). Lahmacun is a round dough that is topped with minced meat and usually commands a price of around 1 – 2 USD.

This is not the first time the billionaire has visited southwestern Turkey in recent years. In 2014, he was accompanied by his now ex-wife Melinda on a holiday in Bozburun near Marmaris, which is another popular resort with holidaymakers and tourists.

Following his brief stop in Bodrum, Gates’ yacht headed towards a secret location near the Suez Canal which lies to the South area of Turkey.

Not only is Bodrum hugely popular with Turkish and foreign tourists, it is also a firm favourite amongst celebrities. From British Royals to Mark Zuckerberg to Tom Hanks to name just a few.

Bill Gates made national Turkish headlines last April with reports claiming that he purchased agricultural land in the northwest area of Turkey.

Weekends and Vacations are Key

After founding Microsoft in 1975, Bill Gates stepped down from his position as company CEO in 2000 to focus on his foundation. Since 2000 Gates has completed various philanthropy initiatives. More recently he has made several donations to the global reaction to the COVID-19 pandemic.

Bill Gates has always said that when running a successful startup company, the key is sacrificing weekends and vacations. When speaking at a conference in 2019 he reiterated this point when he confessed that he only began to take the time to enjoy his weekends and vacations when he reached his 30s.