Turkey’s foreign minister Mevlut Cavusoglu recently reiterated his claim that by 2023, Turkey will play host to 50 million annual visitors - a huge leap from the 32 million overseas tourists who visited the country last year.

The industry was left reeling after a disappointing 2016, when 25 million visitors arrived in Turkey. After 2015’s 42 million figure, the large drop worried officials and leaders - and of course, the business owners and tourism workers who depended on the income for their livelihoods. 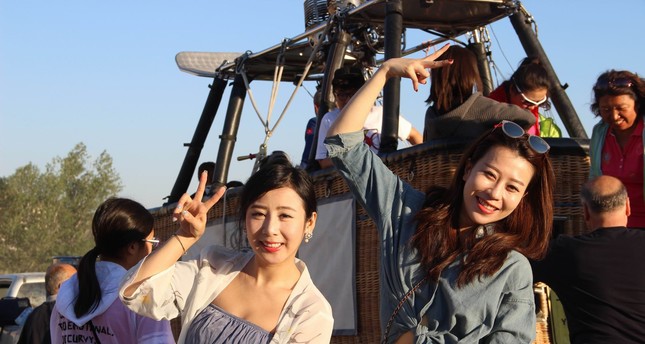 Last year was brighter, and this year looks healthier yet, with three million British tourists expected to visit the country, staying in holiday apartments and villas in Turkey. However, with 2023 just five years away, how is the government planning to realise its 50m goal?

Here’s what officials have said they’re doing to bring Turkey to the forefront of global tourism:

Turkey is fostering a growing tourism and investment relationship with China. Demand for Turkish holidays is growing in the Chinese market, and each country’s air carriers are planning to increase the number of flights on offer to meet the growing demand. Chinese investors are also increasingly turning to Istanbul, to invest in Turkey's largest city, now the much-publicised One Belt, One Road has put Turkey on the map for the Asian giant.

Turkey’s well established relationship with its Middle Eastern neighbours is expected to grow, with new markets discovering Turkey as a destination for tourism - as well as investment. Visitors from Saudi Arabia, the UAE, Qatar and Kuwait are visiting the country in ever-greater numbers, enjoying a country with similar cultural values, traditions and history.

Russians are returning to Turkey in their millions after a fallow two years following a diplomatic spat between Russia and Turkey. Last year, the number of Russian visitors rose by more than five times, to 4.72 million.

Turkey, home to a high number of beautiful beaches, is moving away from a one-dimensional “sun, sea and sand” destination, encouraging visitors to explore its wealth of historical, cultural and culinary attractions, and grow a few new markets: health tourism, adventure tourism, eco-holidays, sports getaways, city breaks, skiing and yachting.

In this way, the country can extend its appeal beyond the traditional summer months, to become a year-round destination.