3 million tourists visit Antalya in first half of the year 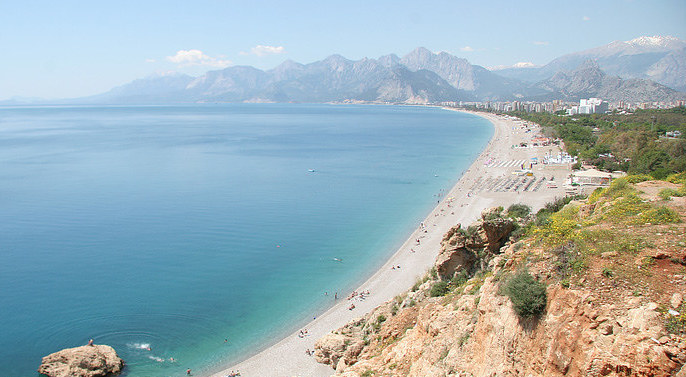 In a statement from the governor of Antalya, the coastal city of Turkey’s Mediterranean, he confirmed that despite the COVID-19 pandemic the tourism capital has welcomed 3.24 million visitors since the beginning of this year.

The data that has been released confirms that there is confidence in Turkey’s tourism, and that people still have the desire to travel.

July saw 48.7% of tourists visiting the city of Antalya in Turkey, and this figure was made up of both foreign and domestic holidaymakers who flocked to the city for the rich history, natural beauty, and stunning world-renowned beaches that Antalya is famous for.

At the height of the first wave of the pandemic in Turkey, 1 – 25 July 2020, 164,697 total visitors chose to holiday in Antalya. During the same period this year figures have increased by impressive margins as tourists return.

Most foreign visitors in Turkey have been Russians and there is no change this year, particularly since Russia lifted their temporary flight ban which they had to implement due to the huge number of COVID-19 cases. From 1 July – 25 July 2021, data showed that 547,133 tourists visiting Antalya originated from Russia.

The largest number of holidaymakers fly into Turkey from Russia, with these flights starting up again in June this year. Russians were followed by German tourists, which according to travel industry executives are the second biggest source of visitors. Due to the increasing demand from Russian tourists, Russia have increased the number of flights that fly directly to Turkey to serve the added travel demands.

Russia recently added 13 other cities in Turkey to resume direct flights to on July 12, 2021. In a statement made on July 6, the Russian Federal Air Transport Agency confirmed that they have added the Aegean city Izmir to the travel destinations that they have to offer for holidays.

Officials are expecting the profit margins this year to come somewhere close to pre-pandemic levels in Turkey. The figures that have been released and early signs all confirm that the tourism sector is definitely back on the way up and that travellers are returning.