2018 was a record-smashing year for Antalya tourism 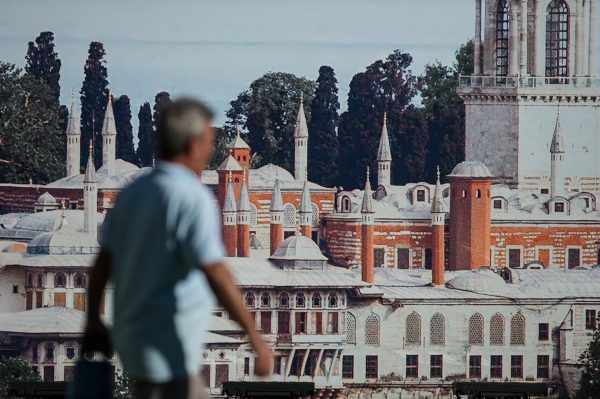 The Mediterranean city of Antalya has always been popular. But never more so than last year, when 13.6 million visitors headed to the southern city - an increase of more than 22 percent on 2017.

And the city is set to continue that upward trajectory, with a cracking start to the year. Antalya Airport recorded a record rise of 70 percent in arrivals between January 1 and 13 over the year before. More than 75,000 tourists poured into the city via the airport during the first two weeks of the year, 10,000 a day more than usual. Officials predict January arrivals to top 150,000. In contrast, January 2013 saw 100,000 visitors.

Traditionally a quiet month, the spike in visitor numbers has reinvigorated what's traditionally known as the "dead season".

Professional Hotel Managers Association chairman Ulkay Atmaca called the increase "super", and predicted the incredible numbers to continue. "The year 2019 will exceed 2018 by at least 14-20 percent in terms of the number of tourists, with 15 percent from the Russian market and 20 percent in Europe, especially from the German market."

Antalya's come into its own in the last decade. With a strong local economy and an airport offering connections to cities all over Europe, the Middle East and North Africa, the southern city is well on the radar of holidaymakers and property investors.

"The thing that sets Antalya apart from other Mediterranean Turkish cities is its local economy," says Property Turkey director Cameron Deggin. "It's not traditionally reliant on tourism, which makes for a stable economy."

Despite not being tied to the country's tourist sector, it looks like Antalya can count on its visitors to boost its economy for the time being. The city and the wider region has successfully marketed itself as a year-round destination, with people visiting to play golf or receive medical treatment. Sports teams, attracted by the region's growing infrastructure, now station themselves in and around the city over the winter, to practice ahead of the summer season.

Deggin said the property market in the city is also buoyant, driven by the young professionals who continue to move to the city in search of jobs. "There's a strong resale and new build market, with one and two-bedroom apartments in high demand, which means good capital gains and a great exit strategy for anyone wanting to invest in Turkey," he says.

Officials predict numbers of visitors arriving in Antalya to top 15 million in 2019, and 50 million around Turkey.

Overlooking the sea with a full panoramic view, this exceptional building is located in the heart of Bodrum in Kumbahce and is for sale at an excellent price for an investor seeking assured rental income over a long term period.