Once, the sultans reigned over Turkey’s largest city. Today, cats are the unofficial rulers of Istanbul. Cats are found everywhere: in restaurants, classrooms, and offices; on street corners and snoozing on windowsills. They feature in street art and political cartoons and find their way onto T shirts and bags. Felines are part of the city’s cultural consciousness, and it’s been said a number of times that the city could well have grounds to change its name to Catstantinople. 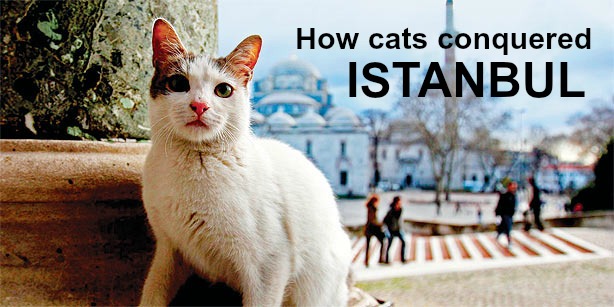 Istanbul’s thousands of street cats enjoy a life that would be unimaginable to homeless cats in less feline-friendly locations. Cats are fed and watered by residents and shopkeepers, with tiny houses erected at almost every central street corner. Some are even lined with wool or fleece for the winter. These bespoke homes often have feeding stations fashioned from food containers and plastic bottles, and are topped regularly up by passersby.

Cat-loving city dwellers with ground-floor homes will often leave out cushions and blankets for cats to recline in comfort. You’ll also see cats dozing or waiting for scraps in restaurants and cafes, and there are a number of cat-themed cafes and even a Stray Cat Hostel.

In the inner city cats are well fed and friendly, while those on the outskirts are a bit leaner and hungrier. Cihangir is home to the highest population of cats in the city. The efforts of the suburb’s volunteer cat army mean cats are happy and cared for. However, it also means well meaning citizens transport cats from less cat-friendly regions to the area, or in some cases abandon their own cats, knowing they are more likely to receive food and care. 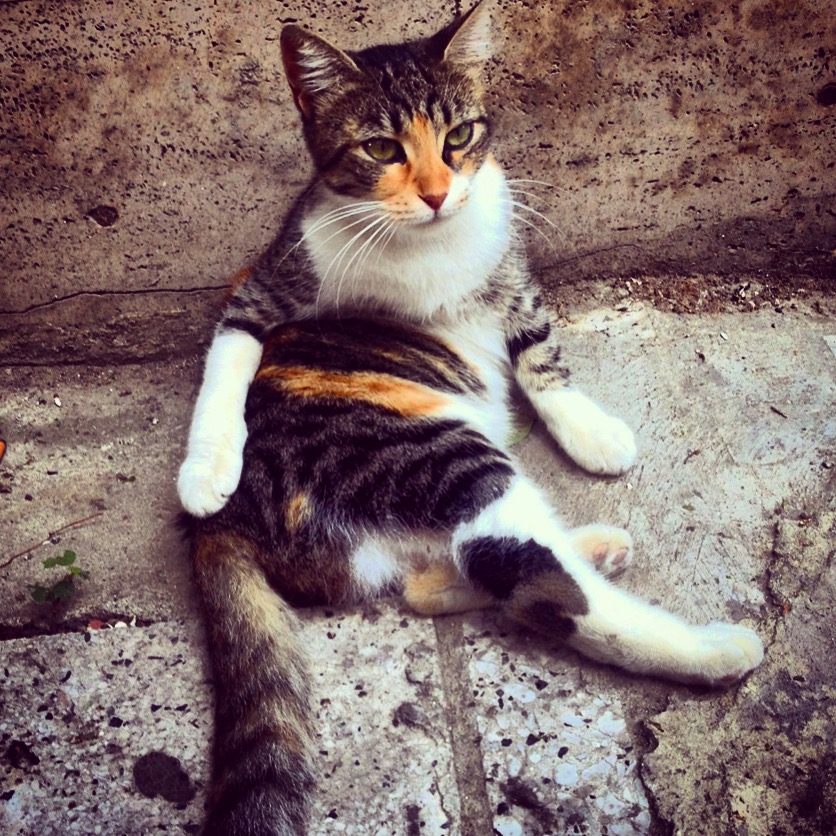 A history of enduring love

The reason behind the city’s enduring love affair with their feline friends goes back to a longstanding relationship between the animals and the Muslim faith.

Legend tells of a cat defeating a poisonous snake that got a little too close to the Prophet Mohammed. Another teaching tells the tale of the prophet discovering a cat sleeping on his shawl - the prophet chose to cut a cat-shaped hole in the fabric rather than disturb the creature. And a popular saying goes: “If you’ve killed a cat, you need to build a mosque to be forgiven by God.”

However the cat-love goes beyond the spiritual to the practical. In the 19th century, Istanbul residents bred the animal for its ability to kill pests - at the time the city had a large rat problem that spread from its expanding sewerage system. It’s thought that the reason Istanbul dodged the worst of the bubonic plague epidemics is due to the cats that helped keep the rats in check. 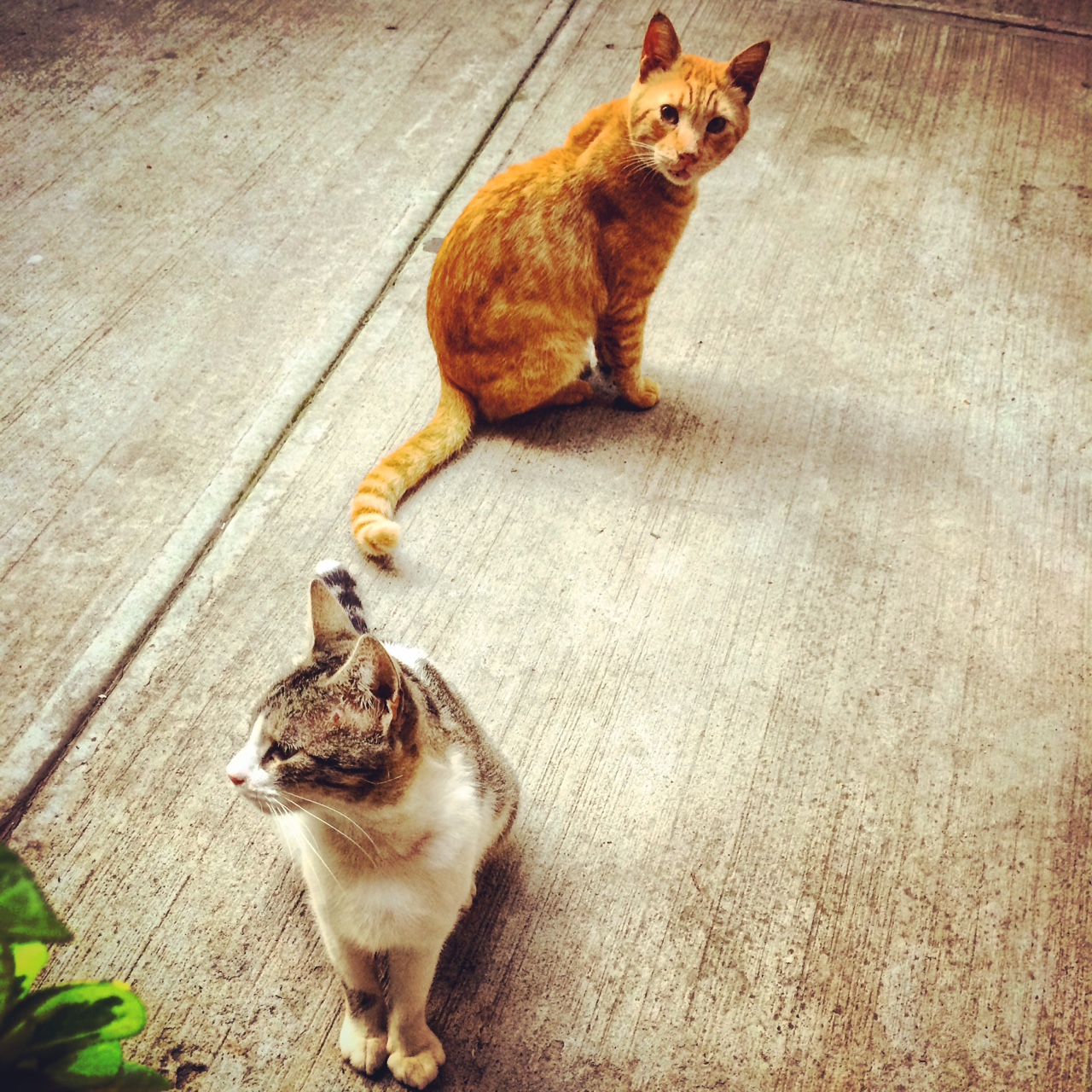 While Turkey’s animal welfare laws have come a long way in the last couple of decades, there’s still progress to be made. But the faithful army of well-meaning citizens and volunteer organisations in the city mean that the cats have the care they need. It’s not unusual for a cat to receive veterinary treatment funded by the people who feed it regularly.

Opposition to curbing the army of cats is swift and decisive. When the ruling AKP party announced it would clear the streets of stray cats in 2012, 30,000 citizens took to Istanbul’s streets in a vehement protest that quickly saw the legislation shelved. 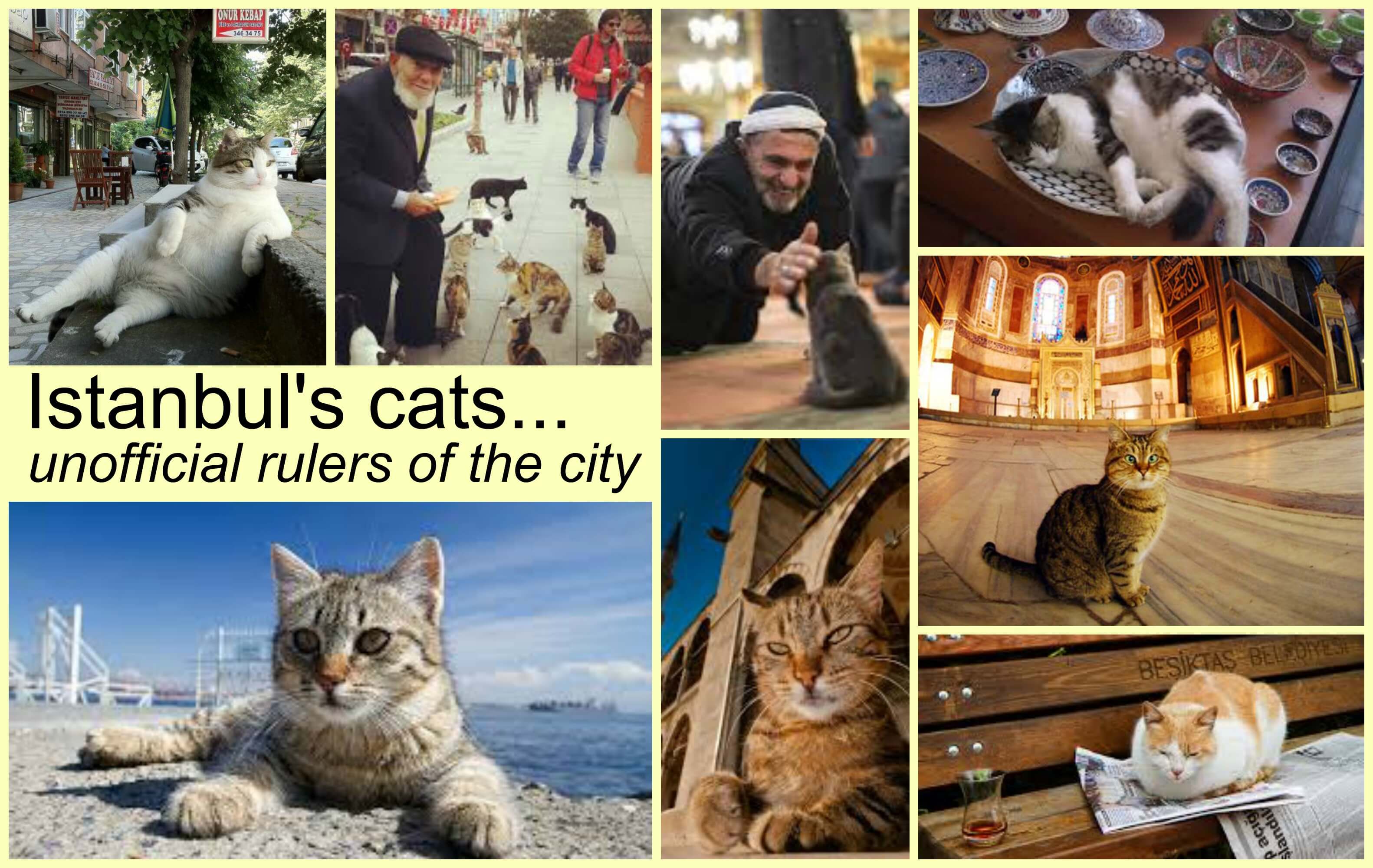 Istanbul's most iconic cat, Tombili, became world famous after an image of him reclining on the street (seen in the top left of the above picture, and below) went viral around the world. "Tombili" is an affectionate word used for chubby pets, and it suited this nonchalant cat well. In August, Tombili died after a short illness. Residents mourned the cat, and soon a change.org petition to commemorate Tombili's memory had attracted 17,000 signatures. The Tombili statue was unveiled in October 2016. 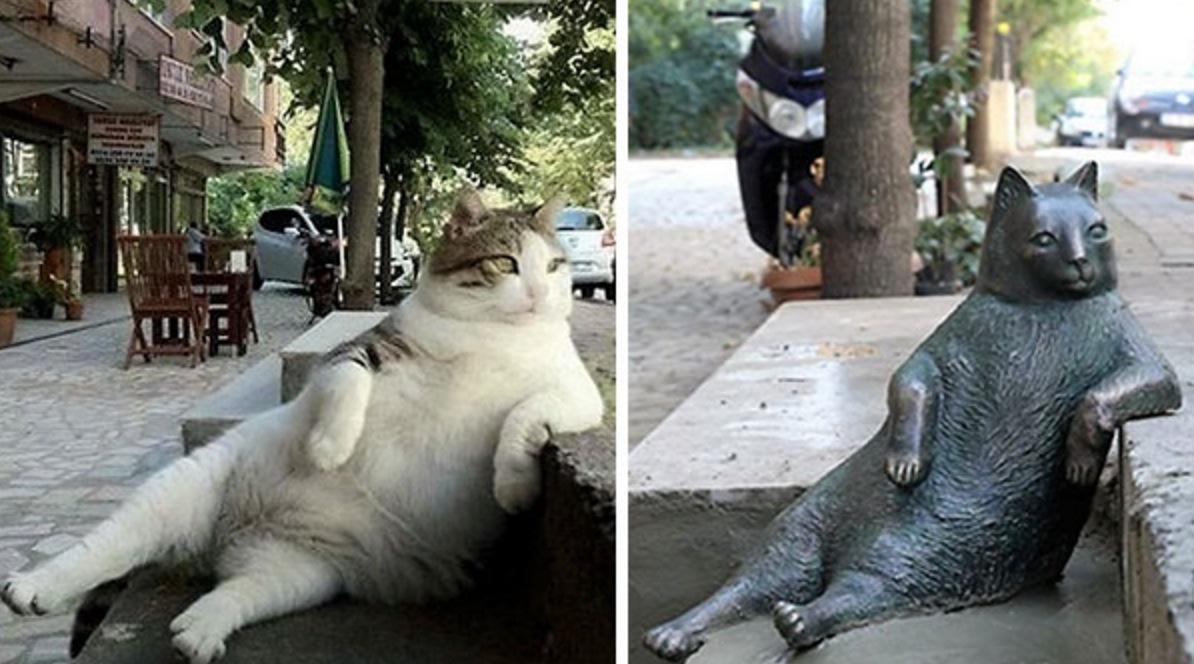 Cat love in the digital age

We all know that the internet embraces cats, and Istanbul’s are no different. Dozens of social media sites pay daily homage to the city’s beloved animals (the Facebook page Cats of Istanbul has almost 50,000 members), and mobile apps have been developed to help cat lovers feed and shelter their favourite kitties. There are even YouTube tutorials demonstrating how Istanbul residents can make shelters and feeding stations.

While not everyone loves Istanbul's cats - after all, some of us are dog lovers - they certainly add to the city's colour and life. Stroll around the city and keep an eye out and you'll soon be an adept cat spotter. In fact, some people say that their enduring memories of Istanbul are not the Hagia Sofia or the Blue Mosque - but the many feline friends they made while in the city.