Beyoglu: The New City of Istanbul

Sultanahmet, the historical district of Istanbul and often called the old city is awash daily with thousands of tourists eager to see historical buildings such as the Blue Mosque, Hagia Sophia and the Basilica Underground Water Cistern.

However, sitting across the Golden Horn and Bosporus is the Beyoglu district that has risen to become the new part of Istanbul. Bursting with modern influences and trends, and popular with foreign expats who have bought homes in the area, it is also a centre of entertainment and lifestyle choices.

Comprised of smaller neighbourhoods Beyoglu (formerly called Pera) has an impressive historical timeline but also holds Istanbul's most prestigious hotels. More and more travellers, especially repeat visitors are choosing the district because of its diversity of things to do. Some areas of Beyoglu are more notable though and worth giving attention to.

Locals view Taksim Square with high regard since it holds the iconic Republic statue and is a familiar meeting place of friends. Built in 1928, the statue signified five years of the newly formed Turkish Republic after a bloody independence war against allied forces. Taksim square is also a key player for social gatherings, especially at New Year, or during the annual Labour Day or LGBT parade but Turks probably also sadly remember it as the place of the Gezi park riots in 2013, an event sparked by the planned removal of trees for construction work.

Taksim is also the beginning of Istiklal Avenue leading through the Beyoglu district, and separating various neighbourhoods. Also called Turkey’s most famous and busiest street, it is widely symbolised by the distinctive red tram that features in most travel guides and books.

Millions of pedestrians walk the street every day to access places of work or the untold amount of shops, cinemas, and restaurants that line it on both sides. At night, it stays as a bustling hub for a vibrant scene of bars playing live music and traditional meyhanes serving food. These days, its reputation as the centre of lifestyle and leisure in Istanbul is hard to ignore. 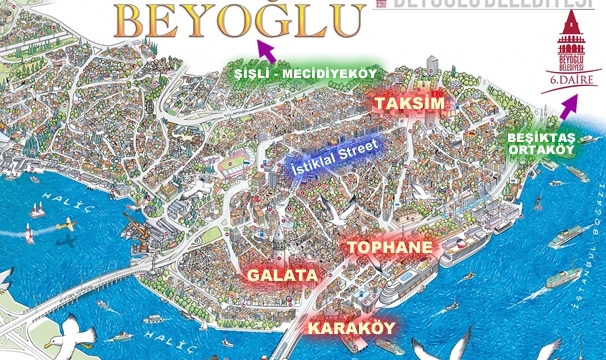 Other Notable places to visit in Beyoglu

1: The Bohemian Cihangir neighbourhood with its cosmopolitan reputation is a popular second home for foreign expats and up-and-coming artists eager to soak up the creative vibes and meet like-minded people. Strolling through the streets is a welcome invite into daily life of Turkey’s biggest city and likewise, nearby Galata, also known as Karakoy and home to the ancient Genoese tower is an influential area with wine shops, pavement cafes, and heavily priced property.

2: Further towards Taksim and built in the early 20th century in a Venetian neo-gothic style, the Saint Anthony of Padua church promotes a surreal and humble experience, thanks to its interior glass windows, immaculate wooden pews, and quiet ambiance. Sitting directly on Istiklal Avenue and open to the public every day for viewing, visitors will need to forgive the souvenir sellers who sit outside peddling tacky statues of the Virgin Mary. 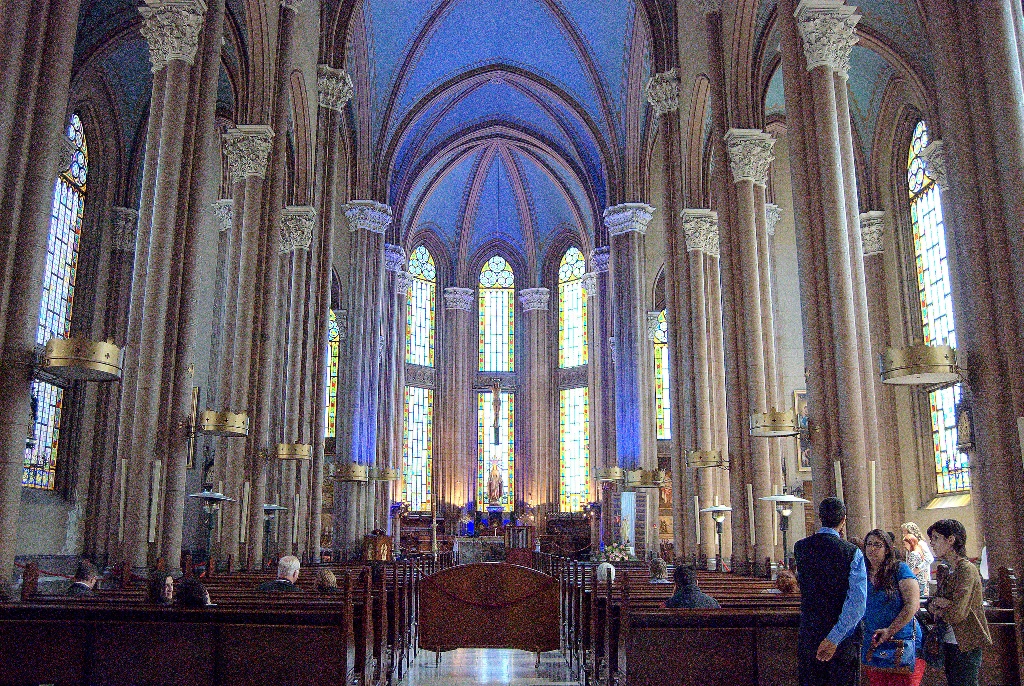 3: Focusing on evening entertainment, Cicek Pasaj, translating into Flower Passage gained it name during the early 20th century from Russian immigrants selling flowers there. These days, as home to traditional meyhanes serving Turkish mezes (appetisers) and main dishes, the tall glass ceiling is a notable feature but adorning the upper levels are nostalgic portraits of previous residents that used to visit the establishments. 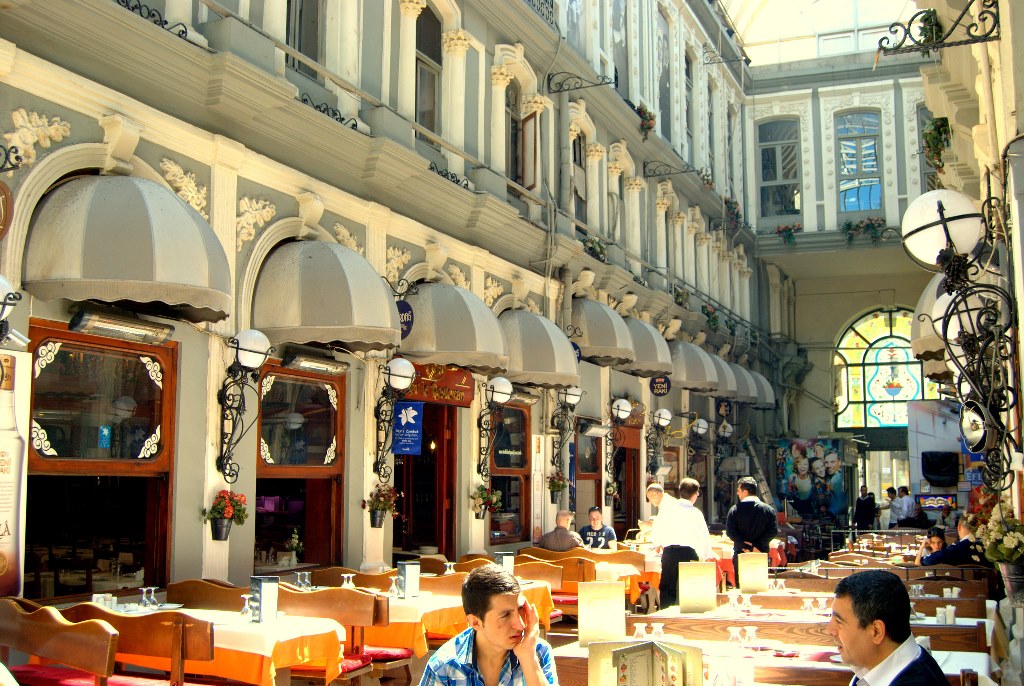 4: Alternatively, further along, Istiklal Avenue and down a few side streets is quirky French Street that likewise offers traditional Turkish dining, often accompanied by live music. It gained its name because of the unique style architecture of the houses but do not expect the ambiance of France. 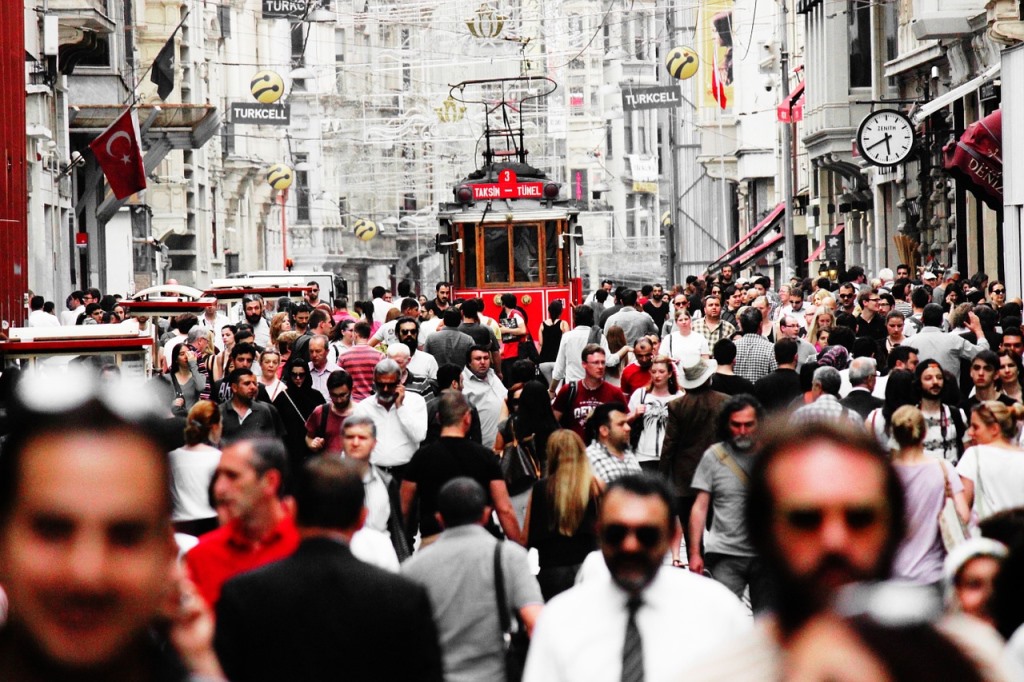 5: The Galata Museum of Whirling Dervishes is a fun history lesson into one of Istanbul’s oldest dervish houses. This sect of Islam, widely seen by tourists through their sema dance which involves rotating into a state of euphoria has existed for hundreds of years and the most notable pioneer is the world famous poet Rumi.

6: Galata Tower, a popular tourist attraction with long queues of people waiting to enter, boasts of an amazing all-encompassing view over the Golden Horn, from the top of the tower and its specially made viewing platform. Built in 1348, traditional Turkish dance shows featuring Anatolian folklore and belly dancers make it a popular dining establishment at night but book tickets well in advance. 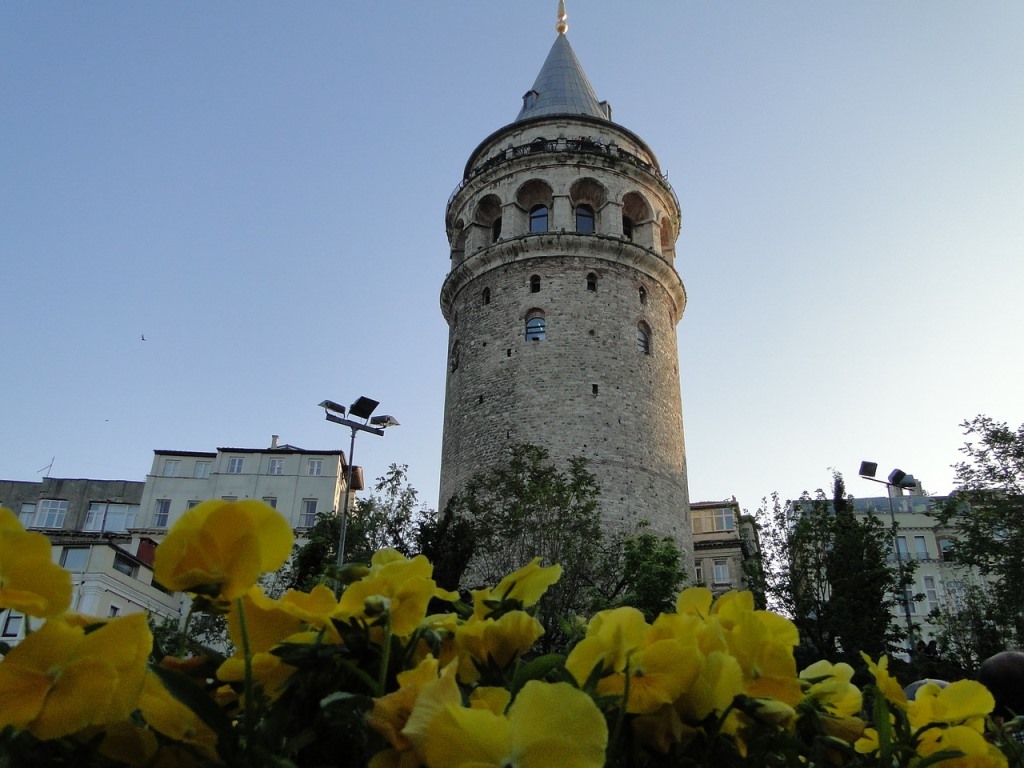 7: The Pera museum that opened in 2005 is one of the leaders regarding art in Turkey. Featuring ancient Turkish art, they also aim to promote up-and-coming artists with exceptional talent. The Tortoise Trainer, painted in 1906 by Osman Hamdi Bay is their most famous painting bought in 2004 for 3.5 million dollars and is an iconic piece often featured in most books about the Ottoman Empire.

8: Another leader in the art industry, the Modern Art Museum sitting on the shores of the Bosporus, covers 8000 square metres, and mainly focuses on contemporary art pieces with an aim to collecting and preserving them for exhibitions. Labelled by international newspapers such as the New York Times as an innovator of art in Turkey, it has modernised the scene and raised the bar for contemporary artists worldwide.

9: Located in a former synagogue, the Jewish museum highlights and educates visitors about Jewish history in the city. Focusing on daily lives of men and women, personal accounts, photographs and items belonging to previous residents take pride of place in the exhibitions while the ethnographic section portrays events such as circumcisions and weddings.

The Beyoglu district is within its own rights, an important part of Istanbul and any visitor whether first time or repeat will enjoy a visit. As the heart of new Istanbul, it shows the secular status of the country and its immersion into the international scene as a leader of art, entertainment, and lifestyle choices.