Property Turkey Blog Being an Expat in Turkey: Guide to Living Here

Being an Expat in Turkey: Guide to Living Here

If you are thinking of being an expat in Turkey, congratulations on choosing a wonderfully diverse country with much to offer. Turkey has attracted thousands of working and retired expats who live in many towns, cities, and villages. The variety of nationalities is also significant. Germans, Russians, Brits, Europeans, Asian and Middle Eastern nationalities living in Turkey prove cultural tolerance and friendlessness towards people from other countries. Indeed, while other countries bulk at the thought of foreigners living there, Turkey openly welcomes anyone to invest and contribute towards Turkish society. So, in this article, we will look at reasons to make a move, how to become an expat and all about day to day living and what life is like. 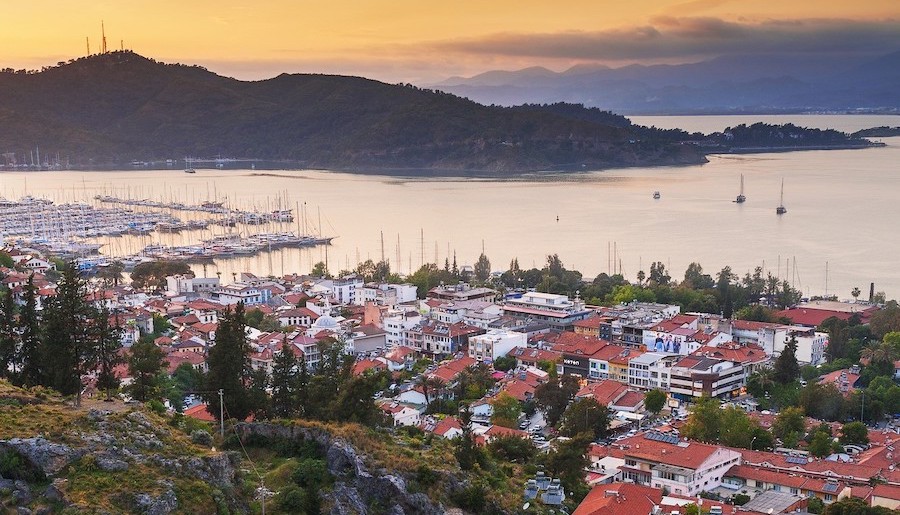 Guide to Being an Expat in Turkey

1: Why Do Expats Choose to Live in Turkey?

Gorgeous Weather: Altogether, Turkey has several different climate zones but if you move to the Aegean or Mediterranean regions, expect roughly 300 days of sunshine a year. In Antalya, you can even ski in the morning and swim in the sea in the afternoon during winter.

Delicious Turkish Cuisine: Turkey was once the centre ruling capital for the Ottoman empire that spanned the globe. This means over thousands of years of history, they adopted many cultural influences into their cuisine, making Turkish food, a bountiful treasure chest of flavours.

Sandy Beaches: Four seas surround Turkey; the Marmara, Black Sea, Aegean and Mediterranean. This means it has a staggering 7000 kilometres of coastline and gorgeous beaches. To see what we mean, look at Konyaalti or Kaputas in the Antalya region.

Turkish Riviera: Naturally, all that water means sailing and yachting is big business in Turkey, and the whole industry revolves around the Turkish Rivera, starting at the Northern Aegean and heading round to the eastern Mediterranean. Whether you choose to sail in a modern yacht or traditional Turkish gulet boat, exploring the blue cruise routes is a must-do for your bucket list.

Historical Sites: Turkey has thousands of historical sites, and we might be biased here, but we think they are the world's best. From the 14th-century cave churches of Cappadocia to the statue heads of Mount Nemrut, they are unique, and each is worth visiting.

Natural Beauty Landmarks: Turkey covers several different geographical zones, and each one presents a unique landmark of natural beauty. From the white calcium pools of Pamukkale to the Tuva rock fairy chimneys of Cappadocia to Uzungol lake in the Northeast. Seeing these for yourself reminds you of Mother Nature rules.

Low Property Prices: Compare the price of apartments and villas for sale in Turkey with places like Spain, Portugal, and France, to instantly see a vast price difference. Indeed, when buying a house, Turkey gives more bang for your buck.

Low Cost of Living: Another reason retired expats like Turkey is low costs of living. They can make their pension stretch even further, especially with the current lucrative Turkish lira exchange rate.

Transport Network: Over the last 20 years, Turkey has invested billions into its transport network by upgrading roads, building new highways and ultra-modern airports. One such example is the new Istanbul airport that will be the world's biggest when fully operational. That makes getting here even easier than before.

Turkish Culture: There is an old proverb in Turkey that every stranger is a friend, accurately reflecting Turkish hospitality. Settling in as an expat is easy to do since Turks love to strike up conversations with friends. The already existing large communities of expats also offer information and advice. 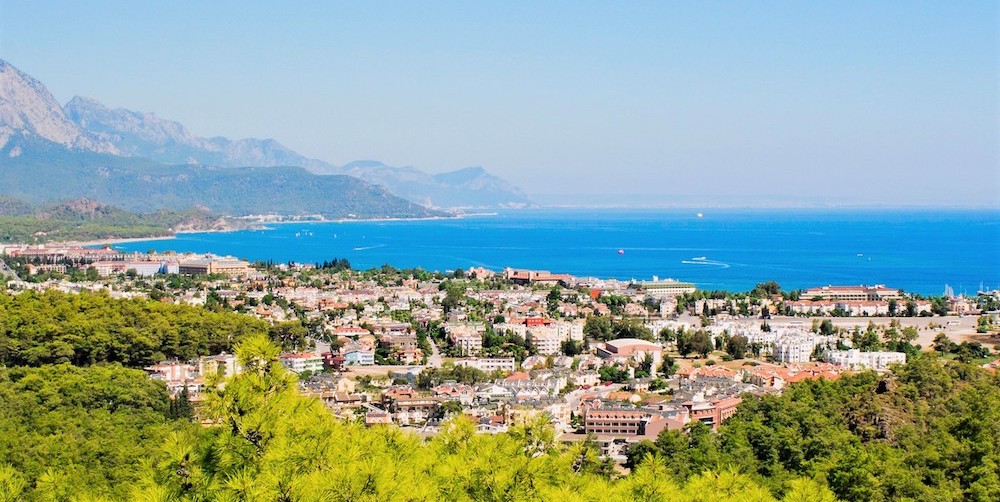 2: Where Do Expats Live in Turkey?

As a general trend, working expats head to large cities like Izmir, Ankara, and Istanbul, simply because they offer better job opportunities and career advancement. On the other hand, retired expats head to the western and Aegean coastlines. Popular places include…

Antalya Region: Covering the Eastern Mediterranean, the Antalya region is Turkey's top destination for tourism. Antalya also ranks highly for foreign house sales and the number of expats living there. Much lure is the coastline which is home to some of Turkey's best beaches. Popular places include Alanya, a growing town that boasts the red fortress as its landmark. Side was built around the old town ancient ruins hence adds a quirky ambience to daily life. Belek, Turkey's golfing capital, is also a centre of excellence for spa hotels. At the same time, Kalkan on the outskirts features large, luxury villas that boast stunning Mediterranean Sea views to wake up to. Read more about the Antalya region.

Fethiye Region: Also on the Mediterranean coast, the Fethiye region boasts of gorgeous towns like Calis Beach, Oludeniz, Hisaronu, Ovacik, and heading inland, Uzumlu. The city centre's central hub is a centre of excellence for shopping, nightlife, and Fethiye is a Turkish Rivera central hub. Expats living in Fethiye love the natural landmarks of beauty like the Blue Lagoon, Saklikent Gorge, and Butterfly Valley. Anyone house hunting in Fethiye will be pleasantly surprised at the affordable home prices. Fethiye is also a short transfer ride from Dalaman airport, which means getting there is easy and quick. More about the Fethiye region.

Bodrum Peninsula: Heading over to the Bodrum peninsula, we arrive at a slightly more upmarket place, hence higher housing prices, but Bodrum carries a particular reputation for non-conformity that is hard to resist. For decades, Bodrum has attracted artisans speaking inspiration, Saudi Royalty, international celebrities, and wealthy business executives looking to mingle. Such is the prestigious status; expect to see the odd mega-yacht sailing by. Yalikavak, a significant hub of Bodrum, is known for its marina, one of few in Turkey to host mega yachts, while in 2006, the New York Times called Turkbuku, Turkey's version of Saint Tropez. About the Bodrum Peninsula.

3: How Much Money do Expats Need to Live Comfortably?

As with anywhere, the cost of living in Turkey will vary according to where you live. Istanbul is the most expensive place to live in Turkey, with extraordinary prices for centrally located homes. As a rule, if a couple owns their apartment or villa, do not smoke or drink, and do not drive a car, they can get by on 5,000 Turkish lira a month if not living in Istanbul,—however, the bigger your budget, the better your quality of life.

On another note, remember if you have a foreign income, the Turkish lira exchange rate is high now, and the Turkish government is actively working on getting this down—more about the cost of living in Turkey. One tip when handling your money is to use a foreign exchange company instead of a bank. These companies generally offer better exchange rates and low transfer fees. Additionally, many ex-pats in Turkey also take advantage of high-interest savings accounts. They deposit large amounts in a fixed 32-day period and withdraw the interest every month after paying tax. This provides an additional income for them. Please remember, interest rates can also go down.

4: Do You Need to Know Turkish to Live in Turkey?

This is a controversial subject. Some people say you should know the language of the country you live in, but one look at many expats on the Aegean and Mediterranean coasts, and you will soon see that few expats speak Turkish, which does not affect their day to day living. The reason being is because they live in tourist areas, many locals speak foreign languages, including English. Regardless, our recommendation is to learn at least one word a day to make it easier to settle in.

Tourists can stay for ninety days but must get a residence permit to live in Turkey all year round. To obtain a residency permit, you need three main things. Proof of address, proof you can financially support yourself, and healthcare. Some expats in Turkey buy private insurance policies, but most opt into the Government-Run SGK scheme that is the same price regardless for couples or singles.

6: To Buy Property or Rent

Whether to buy property or rent is a personal one based on lifestyle and budget. Many expats bought homes simply because real estate in Turkey presents an excellent mid to long term investment because of potential capital growth. It is also a chance for them to diversify their real estate assets. Others prefer to rent because they plan to go back to their home country in later years. If you want to buy property, browse our portfolio of property for sale in Turkey. Each listing contains everything to know, including the contact details to arrange a viewing or find out more via email.

7: Can Expats Get Turkish Citizenship?

Foreigners can get Turkish citizenship in many ways. These range from marriage after five years to long term residency eligibility, but since 2018, the most popular has been citizenship by real estate investment. All home buyers must do is purchase a house worth $250,000 or more and pledge to keep it for at least three years. After receiving their citizenship, they then have full rights to work and reside in Turkey. (More about the citizenship investment Turkish Citizenship by Investment program.)

8: Can Foreigners Work in Turkey?

Yes, foreigners can work in Turkey, but the practice is heavily regulated. For example, they cannot do specific jobs like dentistry and security and tourist guide. Additionally, employers must follow rigid rules in particular industries. For example, they can only employ one foreigner for every five Turks. Also, working illegally without a permit or paying taxes is punishable by fines and even deportation. Therefore, most foreigners work for large, international companies, or as a hotel and airport rep, au pair or English teacher.

9: Find Out More About Expats

We hope we have given a good insight into being an expat in Turkey. To know more, see our blog about Turkey that contains much more information, including a destinations guide, day to day living, Turkish culture, food and history. Alternatively, if you want to buy a home and move to Turkey permanently, and would like to speak with a local agent, call us today. We are Property Turkey, and we have helped hundreds of foreigners became expats in a country they love.