Property Turkey Blog A city of ghosts: the forgotten city of Ani

A city of ghosts: the forgotten city of Ani 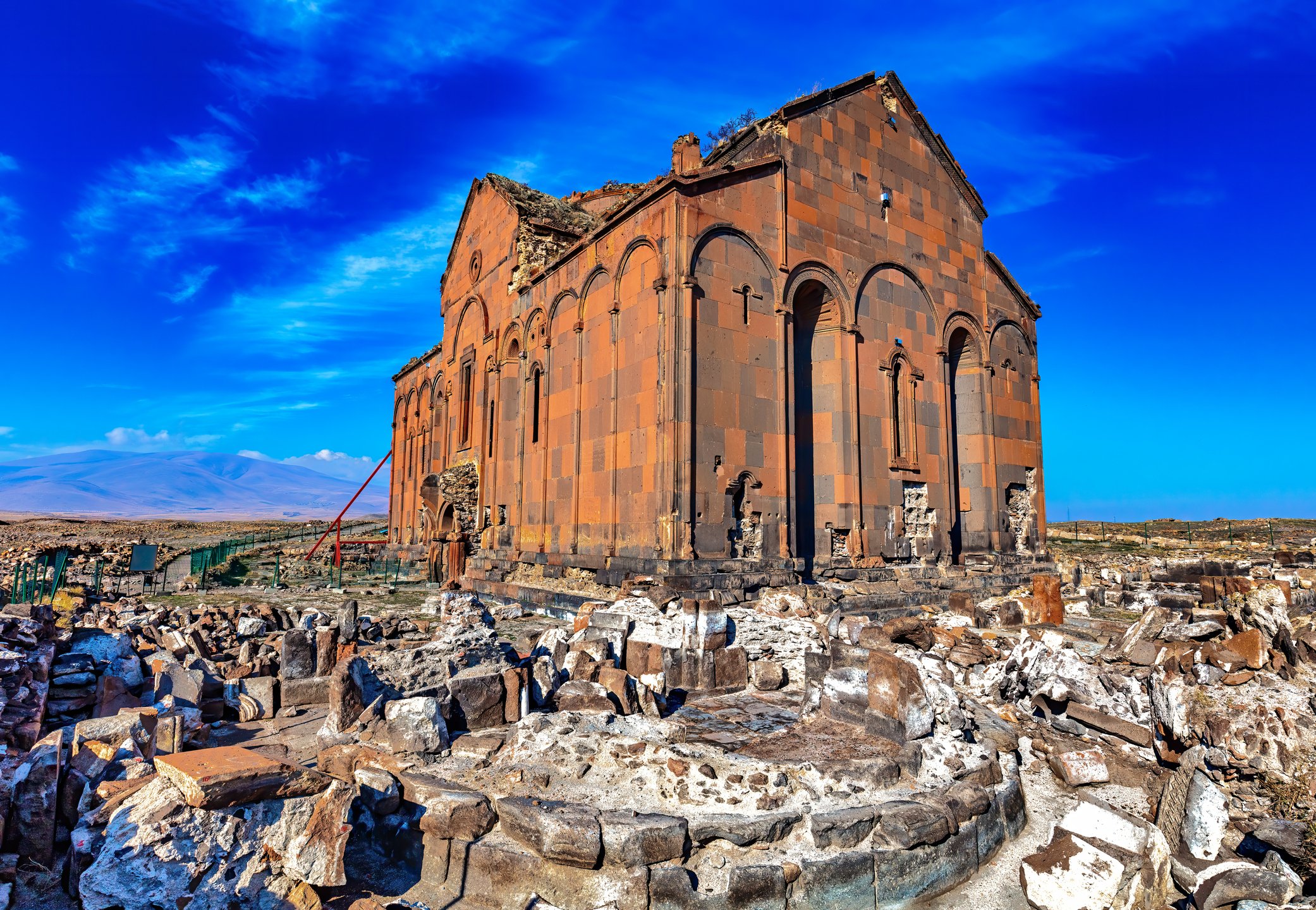 Standing on the hilltop site of what was once one of the largest cities in the world, it's impossible not to marvel at the sweep of history.

Ani, on Turkey's eastern border with Armenia, is now an abandoned site. Now, it is an eerie -- some even say haunted -- relic of the past, a striking fortress overlooking a windswept plain. 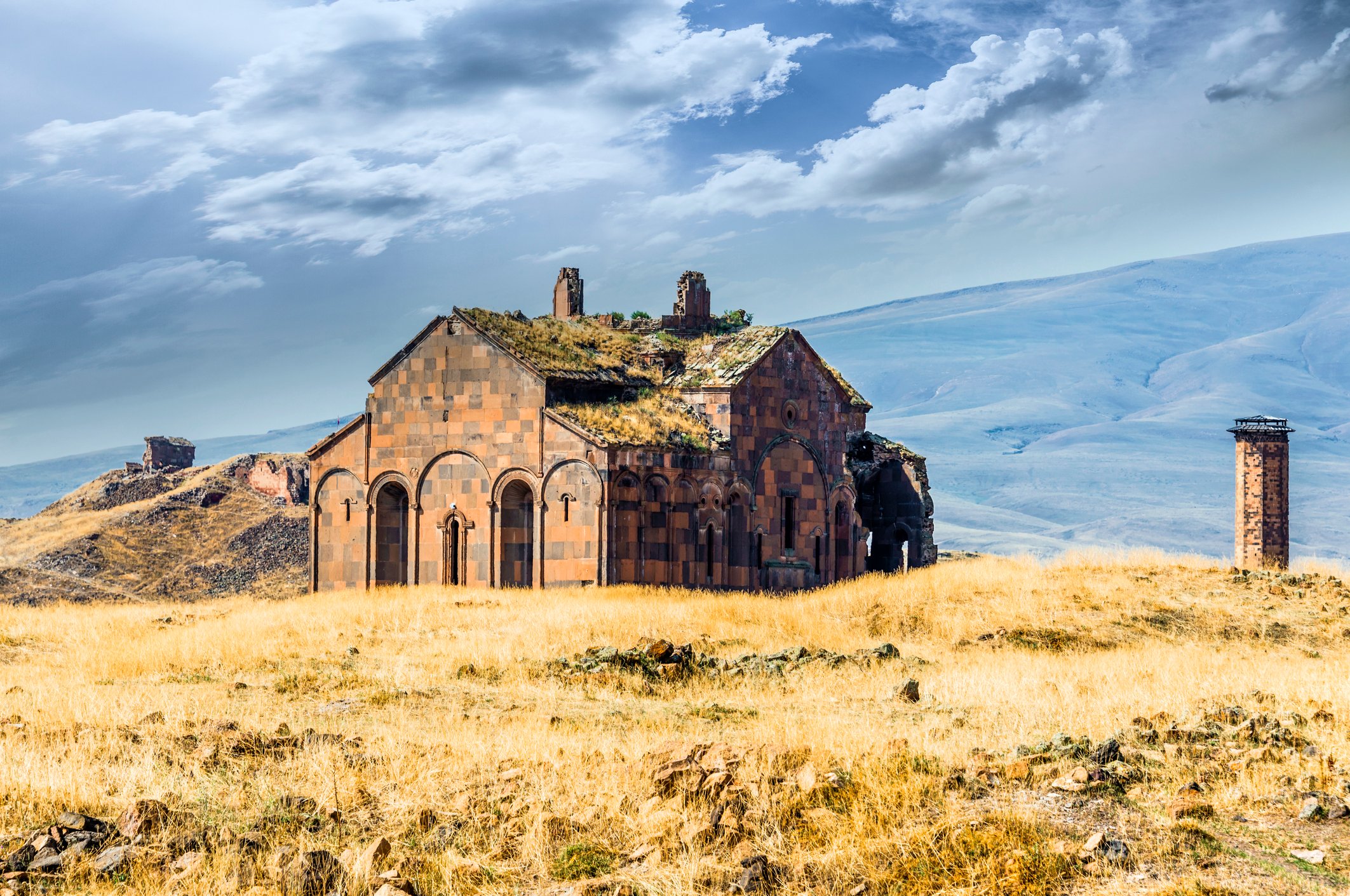 Ani has witnessed 23 civilisations and dynasties throughout history. The first people to move to the area did so about 5000 years ago, settling on the banks of the green Akhurian River, which locals know as Arpacay.

The site expanded hugely in the 10th and 11th centuries, becoming the capital of the Bagratid Kingdom of Armenia and supporting a population of 200,000 -- much larger than London at the time.

Inside, the city teemed with craftsmen, traders, cattle and markets. Located on an ancient branch of the Silk Road trading route, the inhabitants were able to connect with the outside world through the merchant caravans that passed through the kingdom. Over time the wares changed, depending on the civilisations who lived or passed through there: Saka Turks, Sassanids, Byzantines, Seljukians, Ottomans or Russians. The ancient city's multicultural history is written into every corner, from Seljuk geometric wall patterns to Byzantine frescoes and evidence of Armenian pagan rituals.

In 1319 a devastating earthquake spelled the beginning of the end for Ani. Soon afterwards, a Mongol invasion hastened the great city's decline, and in 1579 the kingdom became part of the Ottoman Empire. A small town existed within the city walls until the 17th century, but when the last monks left the area in 1735 it was abandoned completely. 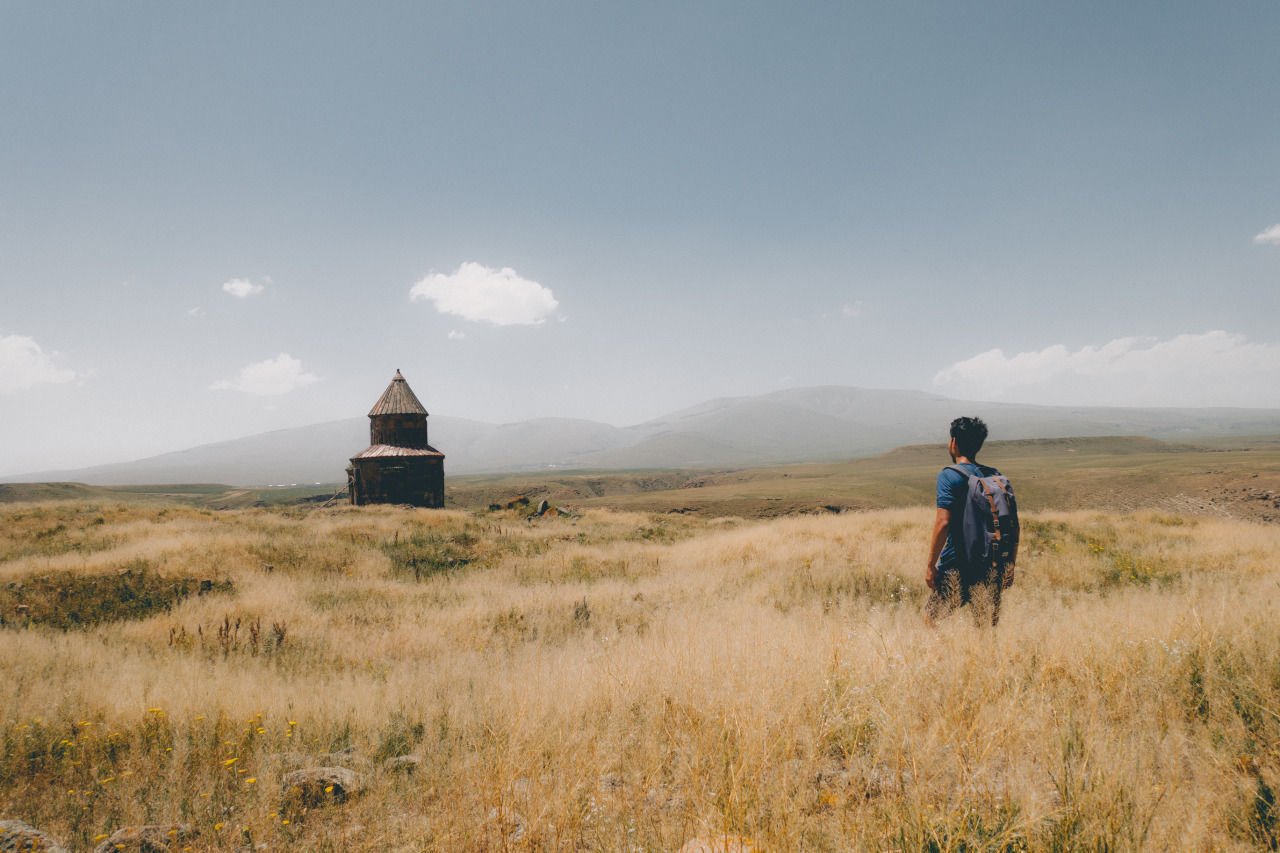 Like other fortress sites, Ani was built high on a remote hilltop, not far from a water source to sustain its growing population. Deep gorges to the site's east and west became natural borders and a defence against intruders.

From the outside, the city's majestic walls, built like most of the structure from red and black volcanic basalt, presented a formidable and imposing sight. But entering the city's Lion Gate was like stepping into another world.

Once a hustling and bustling commercial centre on a branch of the ancient Silk Road, sitting at the crossroads of other trade routes that flowed into the heart of Anatolia, Ani now lies off the beaten track – deserted and exotic in all its remoteness.

Ani's recognition as a UNESCO world cultural heritage site in 2016 put it on the tourist map, and it's now a well visited attraction, although its remote location means it's still well off the beaten track. 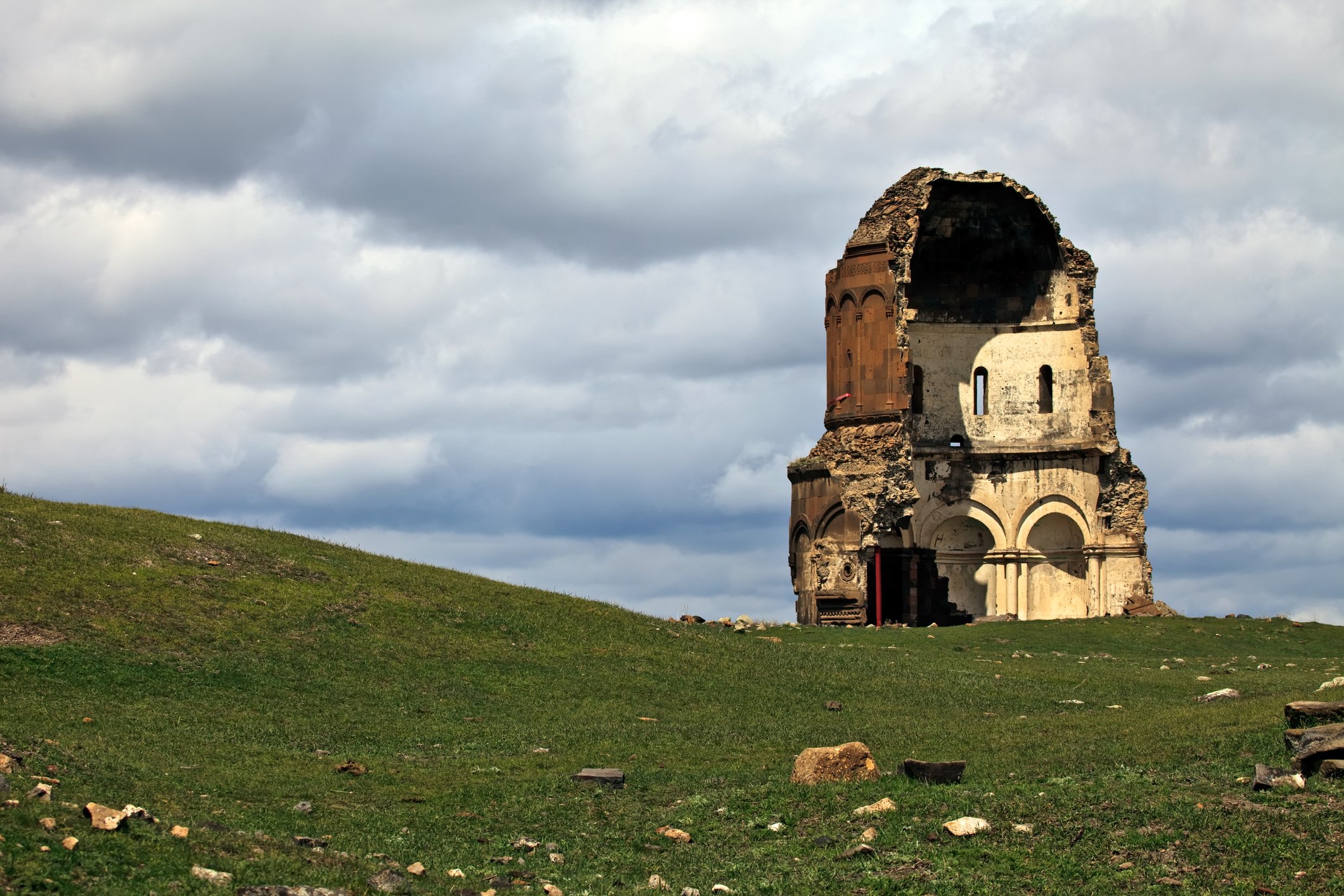 While it's easiest to explore Ani during the summer months, winter is a striking season to visit the ancient city. Under a blanket of snow, the frozen kingdom looks atmospheric and full of secrets. However, you will need warm clothes as it's a very cold location during winter.

Set aside a few days to explore the area and its surrounds if you can: there are several buildings and sites to explore on the hillside and along the plain, and the usual half-day trips do not give you enough time to see the scattered ruins.

The largest building left standing in Ani is its cathedral. The Gothic looking structure once had a dome, but this has crumbled away, leaving just the pointed arches. The impressive piece of Armenian architecture withstood time and numerous invasions, remaining a place of worship for several religions. After the Battle of Manzikert in 1071, Muslim prayers were heard in Anatolia for the first time, after a Seljuk victory quashed the Byzantine empire, paving the way for the Turks.

Other sites within Ani provide an equally tantalising glimpse into the past. The Ebul Menucehr Mosque was the first Turkish mosque in Anatolia. There's a raft of churches: Amenaprgich (the Holy Savior Cathedral), Tigran Honentz (the Church of St Gregory) and Abugamir Pahlavuni (the Church of the Holy Redeemer) are just some of the almost countless monasteries, chapels and religious buildings scattered around the vast site, giving you an idea of just how huge Ani was in its heyday.

Right outside the city, there is a cave village that was once inhabited by the city's overspill. In the complex you can still see the remains of a cave church, with beautiful frescoes on the walls and ceiling. 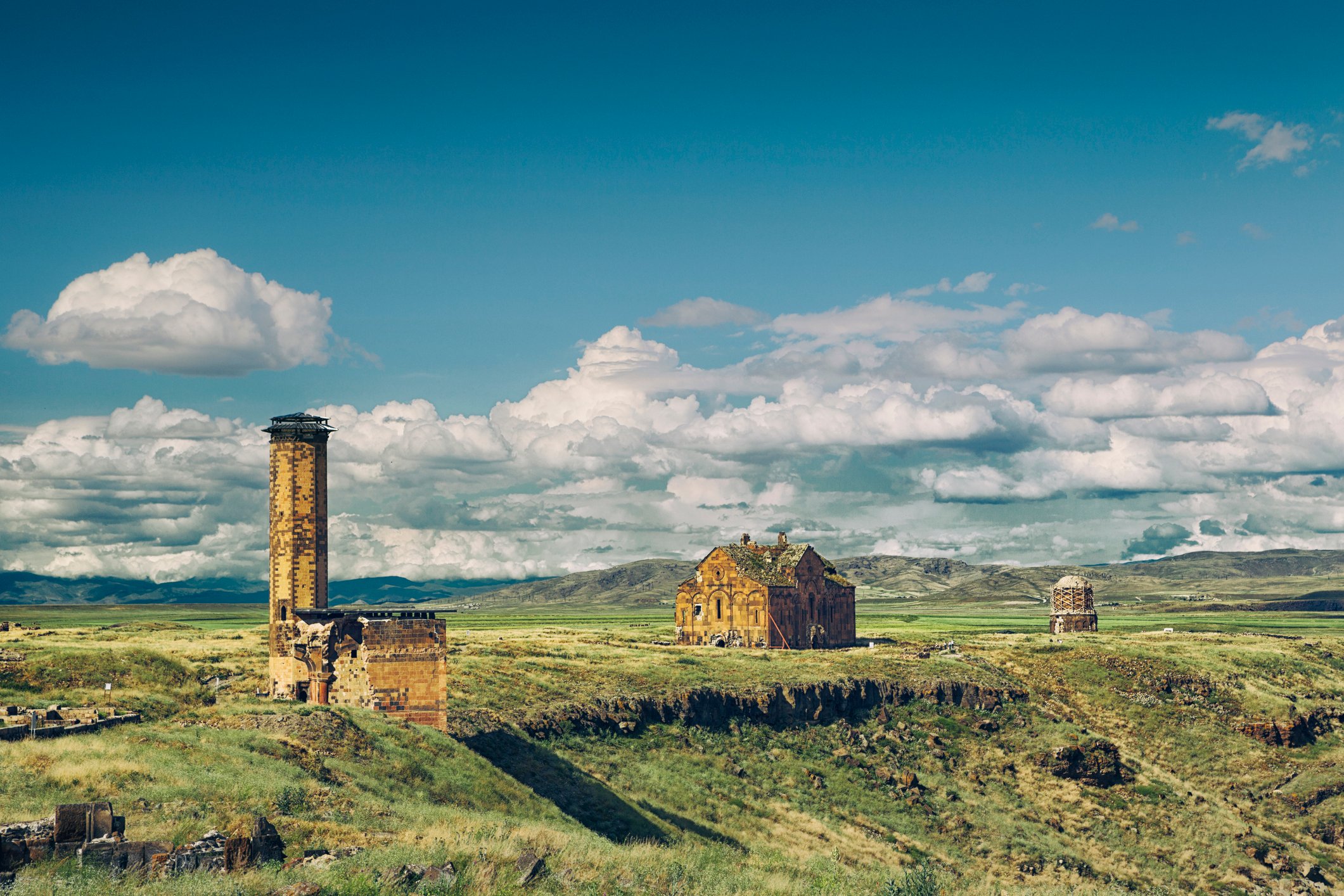 What better way to reach this captivating site than by rail? Hop aboard the iconic Eastern Express and embark on a journey to the eastern city of Kars. From there, you'll need to find a car or catch a bus that will take you over the winding, 42-kilometre roads to Ani. It's not a journey for the faint-hearted: a bumpy, remote road travelling through stunning scenery, small villages with people living the way they have for hundreds of years. The long journey is a perfect way to start the long journey back in time to Ani.

Just a short walking distance away from Kalkan Town Centre and amenities, this stunning villa is completely furnished for new owners to move in immediately after the completion of the purchase process in Turkey.