To list all the famous places in Turkey would take a book since each deserves recognition for a specific reason, whether this is Trabzon, the hazelnut production king, or Gaziantep, that earns admiration as the best place to buy baklava. From the shores of Gallipoli that was a prominent battleground during the Turkish war of independence, to the capital Ankara, Turkey's political hub, each one is as intriguing as it is famous. If you want to travel to any of them on a day trip or stay overnight, expect a hospitable welcome and loads of delight. In this article, we will look at places and top tourist attractions that soar in popularity. 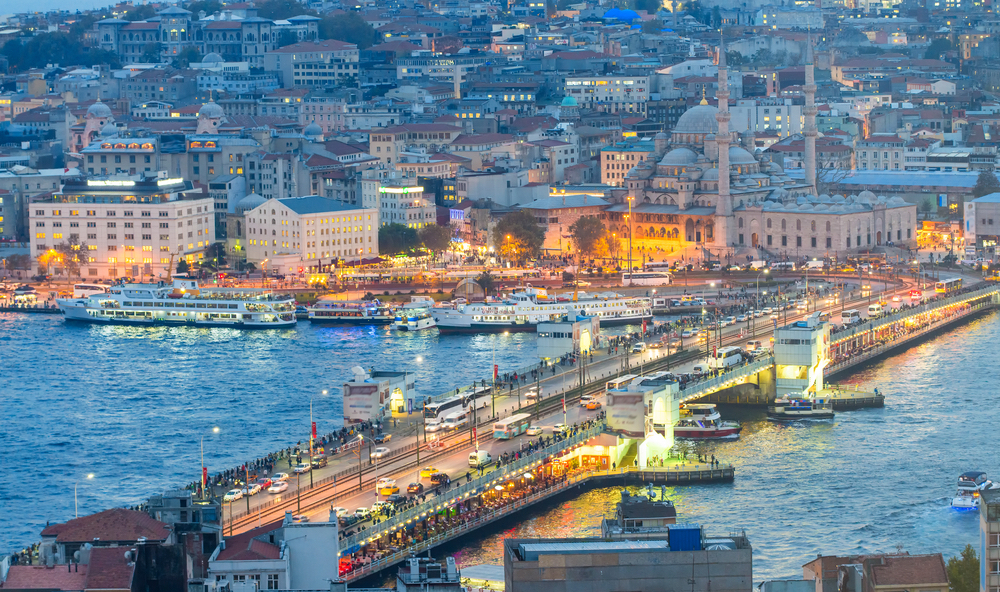 Sightseeing in this area is a must-see experience when travelling to Turkey. Sitting in Central Anatolia, Cappadocia's unique rock formations resembling a lunar-like landscape have been formed over thousands of years of wind erosion. The top tourist attraction, the UNESCO World Heritage site of the 14th century Goreme Open-air Museum, also reflects the region's contribution to early Christianity. The most popular activity here, a hot air balloon trip, sees travellers take to the skies just as the sun rises for a fantastic panoramic view from up above. Although there are many more landmarks to see, the must is the underground cities of which Derinkuyu is the most famous. Used by locals in history to protect themselves against invading forces, they are a marvellous network of tunnels and rooms reflecting humanity's engineering skills. 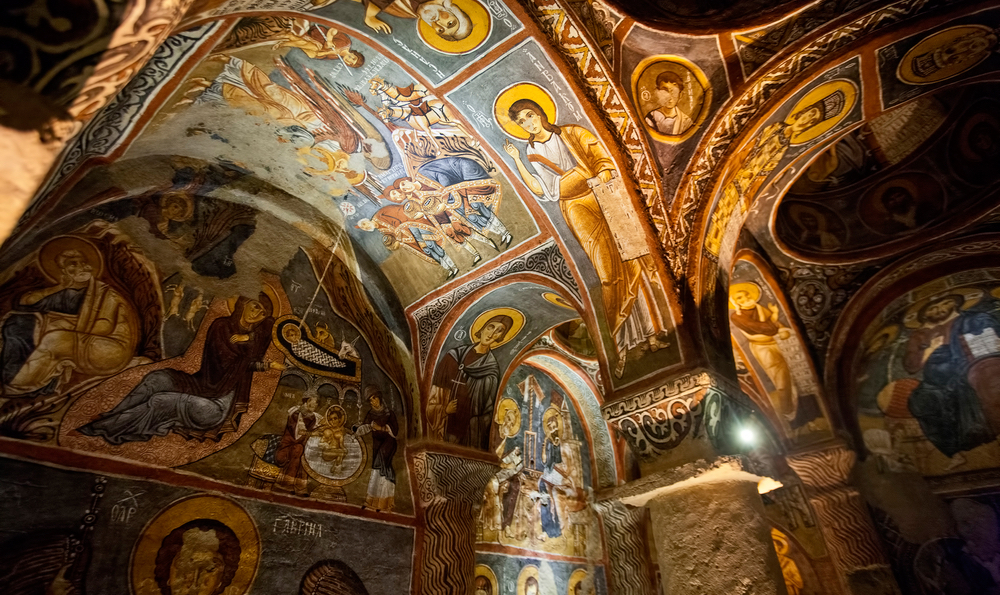 This ancient city that nearly rivalled the importance of Rome is an archaeological wonder. Intense excavations revealed numerous landmarks that make this one of Turkey’s most exciting cities. Archaeologists and historians have renovated most of them, and anyone visiting Turkey can marvel at the Roman terrace houses, a large theatre, agora, temples and the two-story Celsus library. Most touristic trips head to Ephesus for the day. Still, we recommend staying in nearby Selcuk or Kusadasi so you can take in other landmarks like Saint Johns Basilica, the Virgin Mary's house, and Sirince winemaking village. (What to see in Ephesus.) 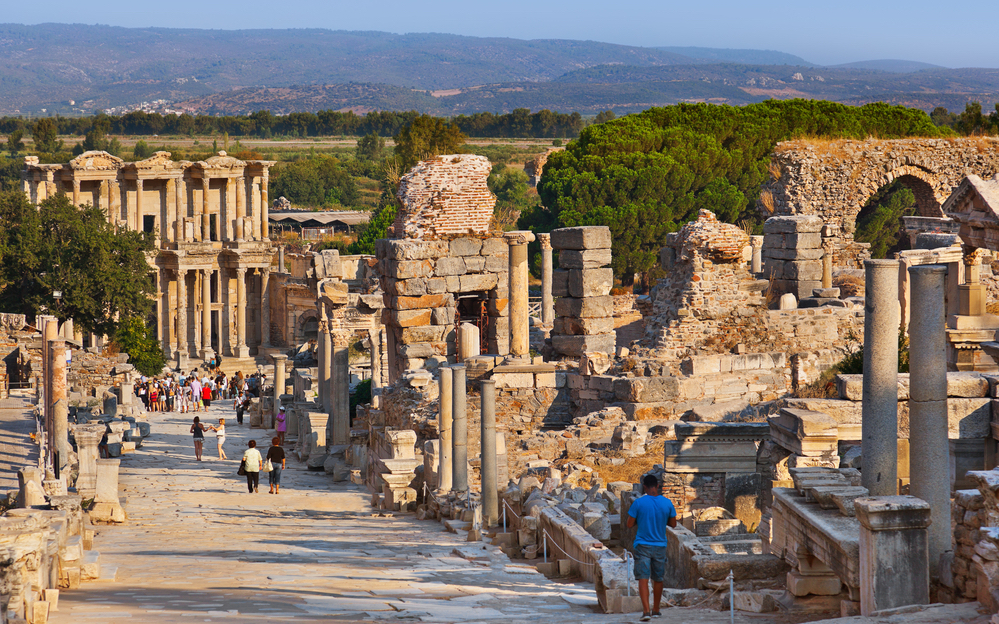 Sitting in Denizli, Pamukkale, a marvel of Mother Nature delights all who visit her. Nicknamed the cotton castle, solidified natural calcium waters form white calcium pools dotted over the hillside. Tourists can paddle and soak in marvellous views of the village with the same name. Within walking distance, the museum holds many ancient artefacts uncovered from nearby ancient ruins. Another attraction, Cleopatra's pool, is a great place to take a dip in summer since warm waters have skin healing qualities. The last stop on your Pamukkale tour is Hierapolis ancient city, of which the theatre is a marvellous construction of humanity that stands tall and proud. (Ten things to do in Pamukkale.) 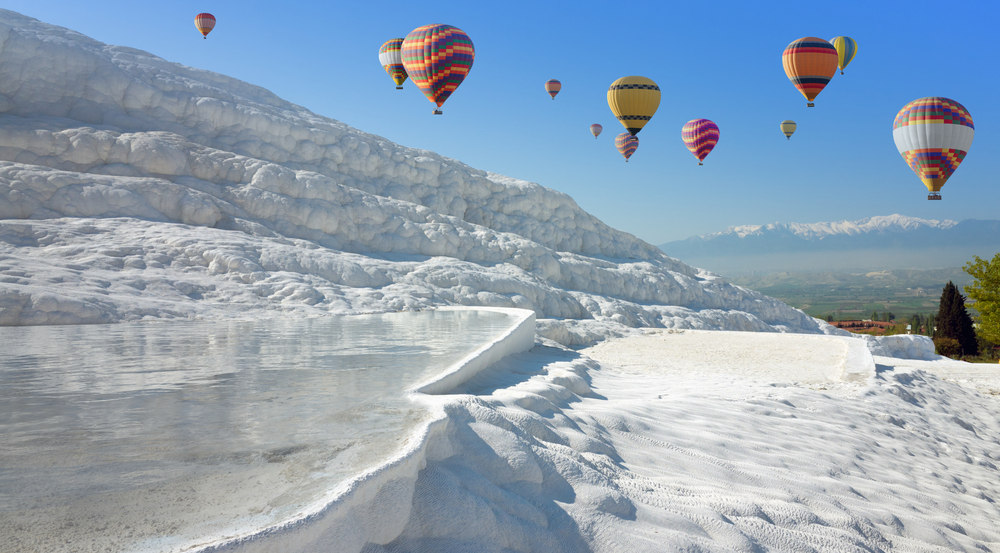 The Turquoise Coast covers the Mediterranean coastline and as a sailing playground attracts yachts from all over the globe. One major destination on it is Fethiye, a popular tourist destination and ex-pat hub. One reason Fethiye earns fame is the stunning natural landmarks like the Blue Lagoon, one of Turkey's most photographed beaches and Butterfly Valley, a natural gorge devoid of traces of humanity. Other top tourist attractions within the region include Saklikent Gorge, Tlos ancient city, Lycian rock tombs, and Kayakoy ghost village, an eery place with crumbling houses, school, and church. While in Fethiye, daredevils should also take time to paraglide off the top of Babadag mountain for a fantastic bird's eye coastline view. (Fethiye area information and guide.) 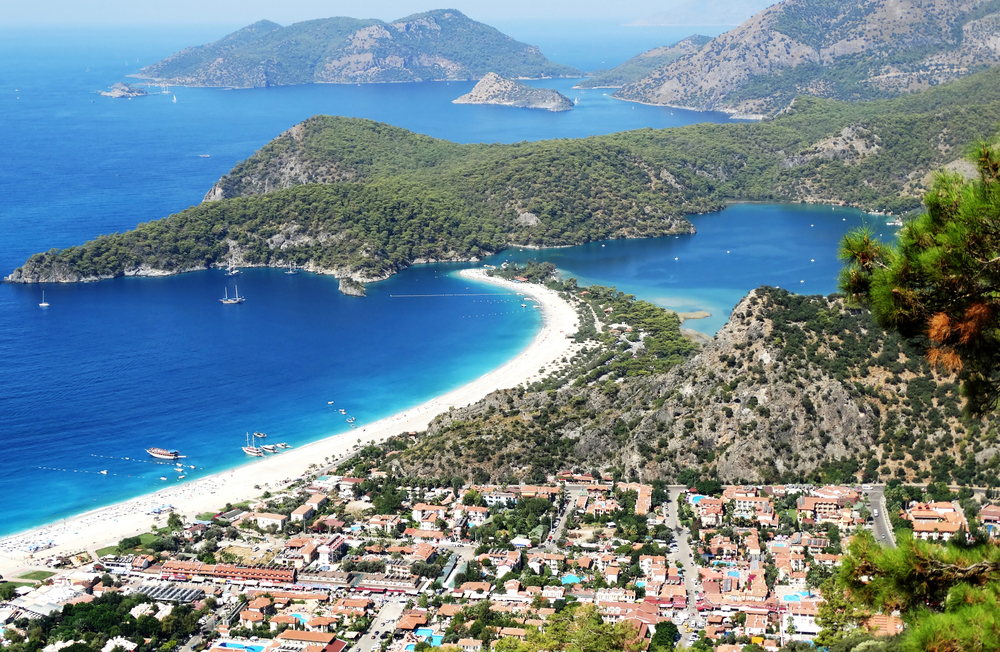 6: Places in the Antalya Region

The Antalya region earns fame for many reasons. Firstly, it is Turkey's second most popular destination for tourism and foreign house sales. Prominent places within it include historical Side built around the old town ruins, bustling Alanya, Belek that is Turkey's top golfing destination, and Kalkan, an upmarket destination known for large luxury villas boasting Mediterranean Sea views. Let us not forget the city centre, the best Mediterranean place for shopping and nightlife. While there, visit the top tourist attraction that is Kaleici, the old town and the region’s beating heart where it all began. (Antalya information: City and coastal resort guide.) 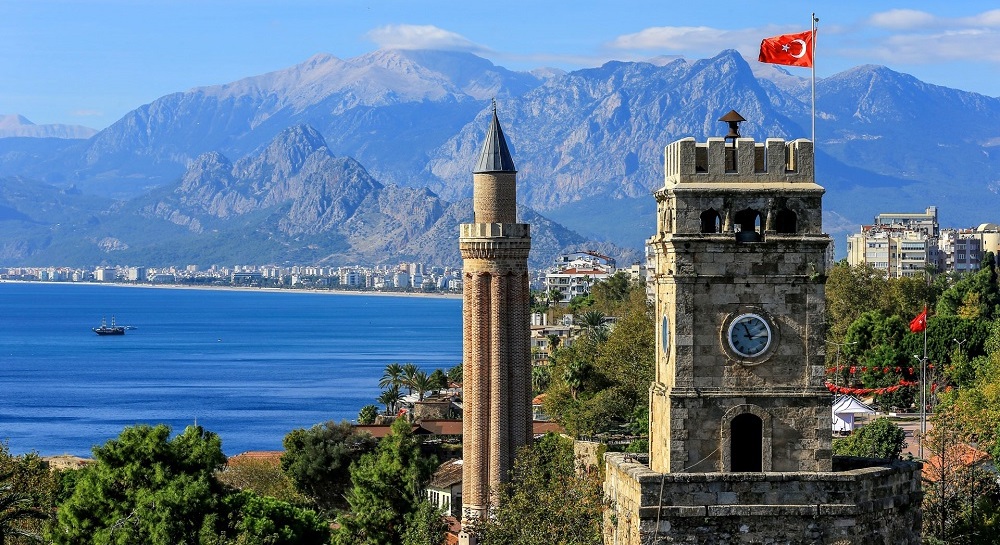 If places of natural beauty are your passion, put a four-day Northeast black sea trip on your itinerary. Two prominent cities Trabzon and Rize, earn fame for their production of hazelnuts and because the latter is Turkey's tea making capital. Heading further inland to the Kackar mountain range, visit Uzungol, a stunning lake with surrounding hotels built by hand using wood from the nearby forests. Ayder plateau, a small village, is also known for its hot springs and a great place to learn about Turkey's Laz and Hemsin cultures. Also, visit the marvellous Sumela monastery dotted on the side of a cliff face. 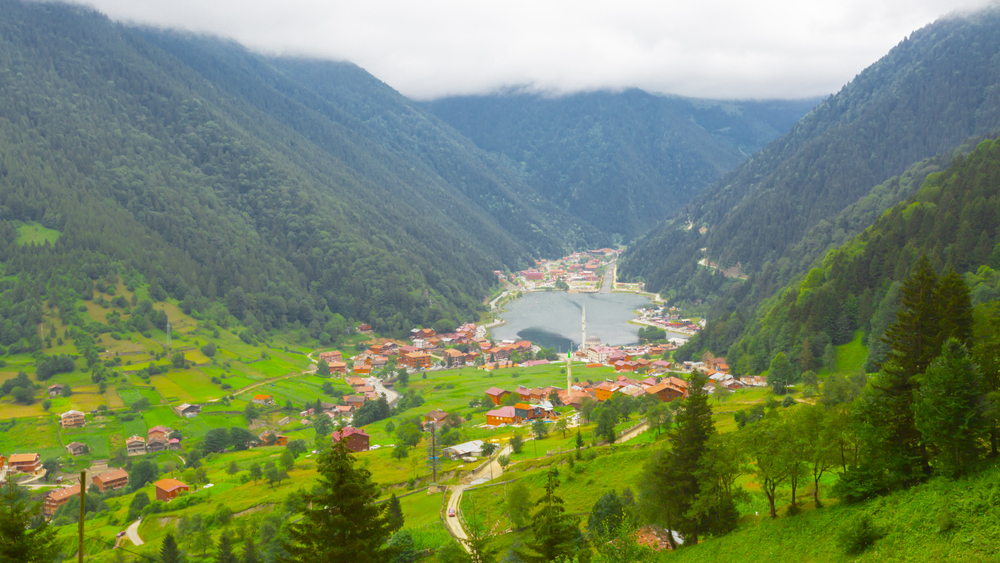 This region earns fame as a popular holiday destination but also for its hedonistic attitude. Embracing non-conformity, many celebrities, and mega yachts owners dock in to enjoy fine dining, gorgeous beaches, and a socialising nightlife scene. Bodrum does luxury in style but also accommodates budget holidaymakers making it a winner all year round. While there, follow up on the story of the fisherman of Halicarnassus. He started Bodrum's hospitality trend by forming blue cruise routes in the 1950s. 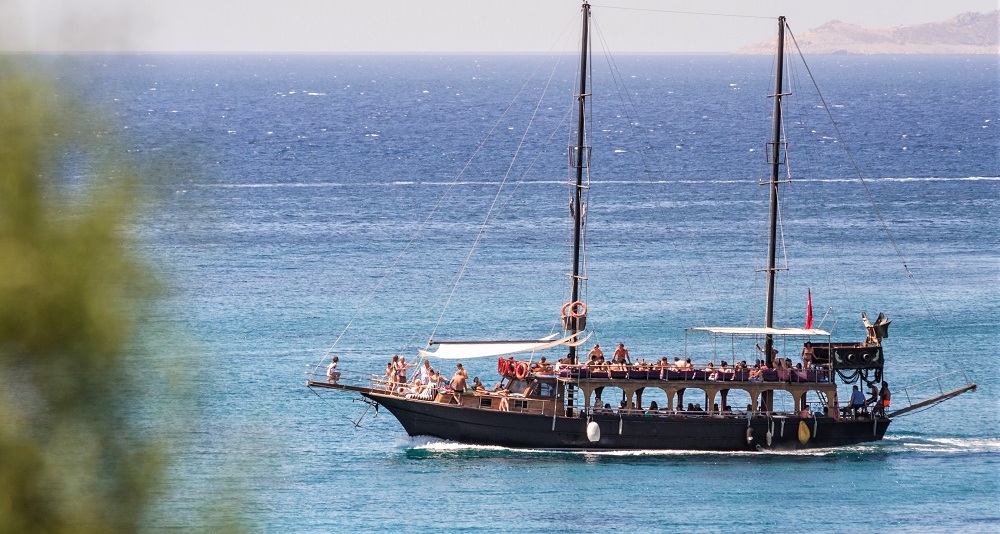 Few tourists venture to the southeast, yet a marvellous collection of old towns with much historical importance show a different culture to Turkey. Mardin is one such example. While the new city part is nothing to look at, the ancient city’s architecture reflects the Artukid dynasty, which ruled before the Ottoman took over. Stone mansions and mosque dot the hill's side, which sits on the edge of the old Mesopotamia plain, and give off a stunning view. Since some have been renovated into hotels, tourists can stay overnight and get a true feeling for the region's intense diversity. 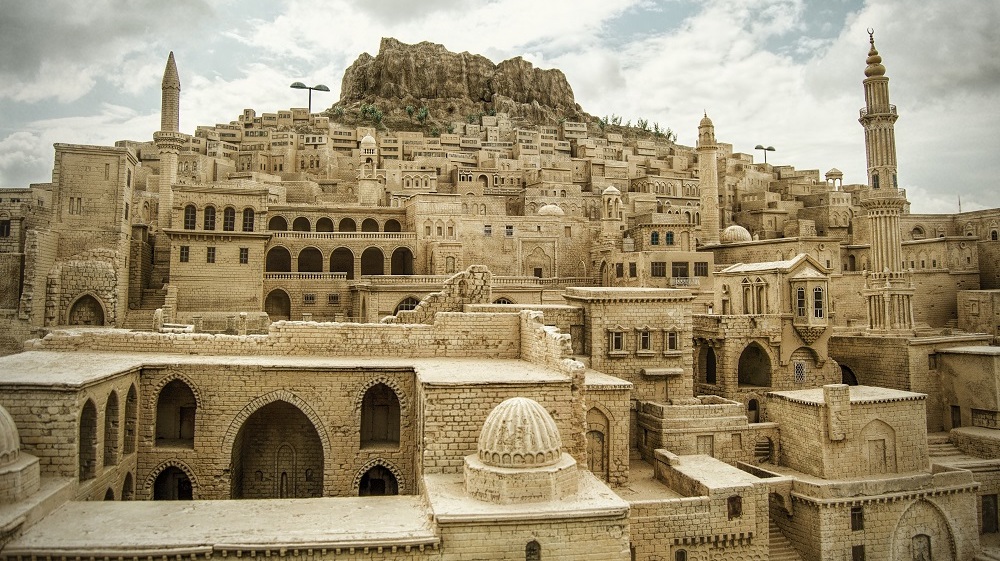 Lastly, we arrive in Ankara. Many first-time visitors to the Republic of Turkey assume Istanbul is the capital, yet it lost this status back in 1923. The newly formed government moved the capital inland to protect it from invading forces since the Golden Horn and Bosphorus strait has been a target of attacks over hundreds of years. These days, Ankara serves as Turkey's political ruling centre and the home to the mausoleum of Mustafa Kemal Ataturk, known as the Turkish Republic’s funding father. 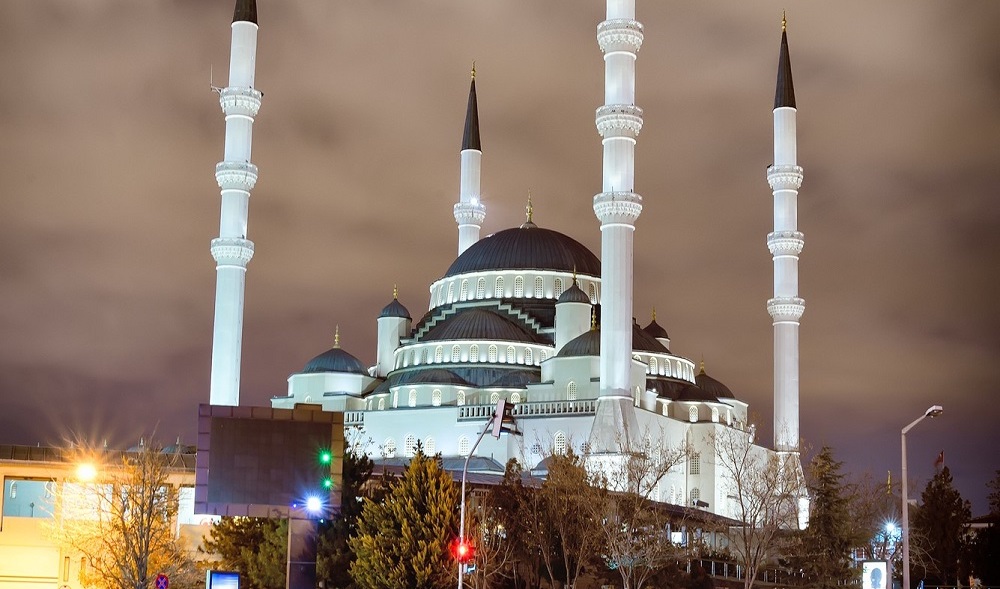 Major Cities in Turkey: Some travellers like urban landscapes, and Turkey's many cities are the perfect playground for exploration. In this article about prominent cities, we discuss the top places to visit and why they earn fame. From conservative Konya to cosmopolitan Antalya to historical Mardin, they are great places to put on your bucket list.

About Us: We are Property Turkey, an investment and property specialist with offices all around the country. We have taken our years of experience and local knowledge to form a complete guide to Turkey for house buyers, expats, and travellers. Talking about culture, food, history, people, and more famous places in Turkey, we are sure you will enjoy reading it.