Turkey’s unique geographical position has facilitated trade routes for thousands of years, the country acting as a gateway to the Middle East and Europe. Today, the country’s location between east and west has never been more crucial, not only in the world of trade and finance, but as an energy hub.

Perfectly placed to transport energy resources from Central Asian suppliers to Europe, Turkey is set to become a major energy hub for the European market, with the help of improved ties with Russia.

At last week’s 23rd World Energy Congress in Istanbul, Turkish president Erdogan and Russian president Vladimir Putin signed an agreement to build a gas pipeline from Russia, a project that has been in the making for a few years but was recently put on hold due to tensions between the two countries.

Russia is also building Turkey’s first nuclear power plant, and both sides have agreed to speed up the project. 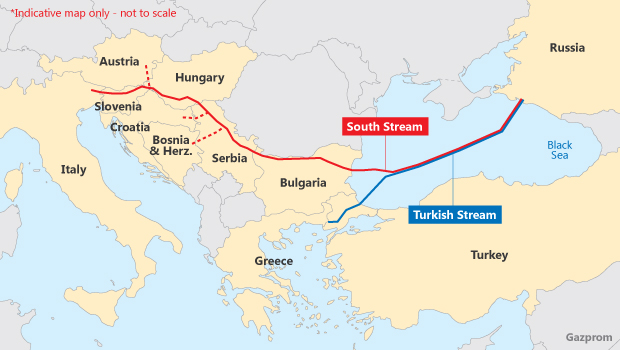 Israel and Turkey have also agreed to deepen cooperation within the energy sector, a crucial step following a rise in tensions a few years ago. The two countries have committed to greater involvement by Turkish firms in the Israeli energy sector, particularly in gas exploration, and are expecting to discuss more ventures over the coming months. There are currently undersea natural gas reserves worth hundreds of billions of dollars, but to exploit them, Israel will undoubtedly require Turkey’s support.

There are also talks around the possibility of building a natural gas pipeline from Israel to Turkey, benefitting the people of Israel as well as Turkey.

The new pipeline will mirror the route for the now-obsolete South Stream project, bypassing the Ukraine to run beneath the Black Sea to Turkey, and onto the European market. After its completion in 2019, Turkey’s role as a supplier and hub will earn the country a significant discount for its own natural gas.

The pipeline will help deflect tensions. Turkey sets an example as the country with the longest-reigning political stability in the region. The country therefore has the potential to bring peace to the region - where disputes over energy have been one of the leading causes of turmoil.

The World Energy Congress saw world energy leaders and ministers from 80 countries meeting to discuss future energy projects. With figures like Russian President Vladimir Putin and the presidents of Azerbaijan, Venezuela and Northern Cyprus and representatives from oil-rich nations like Iran and Iraq, the biggest energy players on the globe were represented.

It’s estimated that energy demand per capita will reach a peak by 2030, putting new demands on the energy sector - a sector grappling with new technologies and environmental issues. New technologies and energy resources will highlight industry leaders in the coming years, allowing Turkey huge potential to become a world energy driver.