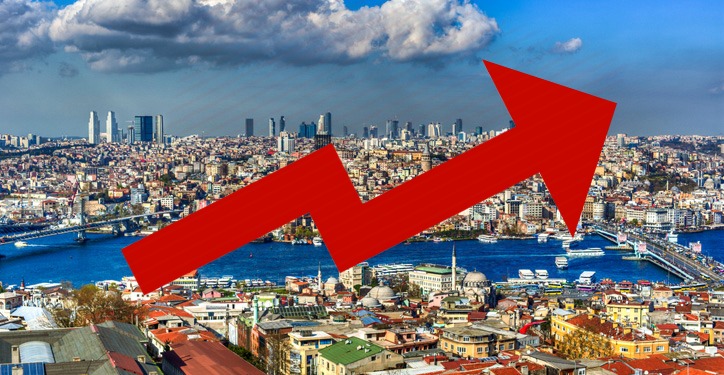 The rally follows three months of steady gains after the announcement late last year that Turkey would tighten its monetary policy for the foreseeable future.

The lira has risen more than 6% this year, and 23% since the end of 2020, making it one of the best performing currencies of any emerging markets and offering some much needed hope after its 8.58 low in November. The upward trend is in part thanks to measures like hiking up the country's central interest rate from 10.25% to 17%.

New Central Bank governor Naci Agbal has vowed to maintain tight monetary conditions until inflation sits at a more manageable level. Last month, inflation rose to reach almost 15%, and analysts predict the bank will hold interest rates steady, waiting out a rise in inflation while the lira continues to strengthen.

The International Monetary Fund has weighed in on Turkey's recent economic policy shift, saying the new tack is a welcome one, and critical to achieving the country's goals.

IMF Turkey mission chief Donal McGettigan said Turkey, like other countries, has had to weather deep shocks in the past year, on top of economic disruptions.

With the pandemic reaching the end of its first year and with still some way to go, efforts were needed to maintain Turkey's economy, despite its flexibility and resilience, McGettigan said.

"First to rebuild buffers to guard against shocks in an uncertain world, and second, to further strengthen Turkey's underlying economic potential so that it can achieve strong and sustainable growth and employment in the years to come," he said.

The recent policy shift was welcome as well as timely, with continued monetary policy likely to bring about much-needed stability in confidence both at home and abroad, McGettigan said.

He also added that it will be critical to roll out reforms in Turkey's corporate sectors and introduce labour market reforms.

Furnished and ready for owners to move in, this deluxe villa is situated within a peaceful area of Fethiye and is ten minutes away from everything needed – this home has a huge swimming pool and is a must see for families.

An opportunity not to miss out on – these affordable apartments are found in the city centre of Istanbul in the thriving and developing area of Bomonti, just a few minutes away from Taksim Square in one direction or Nisantasi in the other.