Turkey’s economic growth is continuing apace, cementing the country’s appeal as an investment destination. The Turkish economy grew by 7.4 percent in the first quarter, beating expectations continuing to expand at a brisk pace after 2017’s annual 7.3 percent figure.

The figure narrowly beat the forecast of 7 percent growth, and is being hailed as a boost for Erdogan’s ruling AK Party ahead of the elections on June 24. The president welcomed the figures, declaring Turkey to be “one of the fastest-growing” economies, and lauding the country’s “strong macroeconomic fundamentals.” 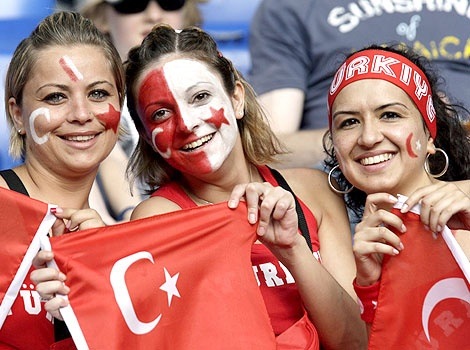 What’s behind the growth?

TurkStat data shows the figures are driven by household spending, industry, construction and services, as well as a rise in exports.

Economists warn that the rapid growth, coupled with the current double-digit inflation and a high current account deficit, will likely slow following the election.

However, Deputy Prime Minister Mehmet Simsek says any slowdown will lead to a rebalancing, and much-needed reforms will be implemented after the elections, and Turkey’s minister for the economy has said that the government is determined to exceed its 2018 target of 5.5 percent growth.

The first quarter of the year also saw Turkey, home to a growing reputation for foreign direct investment, attract $2.2 billion in investment, reinforcing the country’s reputation as a global centre for investment.

Foreign investors seeking opportunities in Turkey tend to look to the long term, Ermut said. Their perception of Turkey’s future success is based on its past performance, and the past 15 years show Turkey’s economy has had the ability to weather all kinds of storms, from global upsets like the credit crunch, to regional concerns like 2016’s attempted coup and the ongoing issues in neighbouring Syria.

"Based on this performance, there are confidence and long-term investments in our country," Ermut said.

The healthy investment figures will help Turkey’s performance in the second half of 2018 as more investment floods into the country.

Six of the top 10 investor countries come from the EU, but gradually the balance is shifting, with investment from the Middle East and Asia on the rise.

“Turkey continues to defy expectations, and its strong past performance shows investors that fundamentals are strong,” he said.

Turkey has been pushing its investor profile overseas, which is beginning to bear fruit, Deggin said. Incentives for foreign buyers like gaining citizenship in Turkey mean the appeal is stronger than ever, and the recent figures only reinforce the appeal of investing in Turkish property.

“With figures showing Turkey’s growth expectations are on track, I expect to see a spike in the number of investors looking to invest in Turkey after the election.”