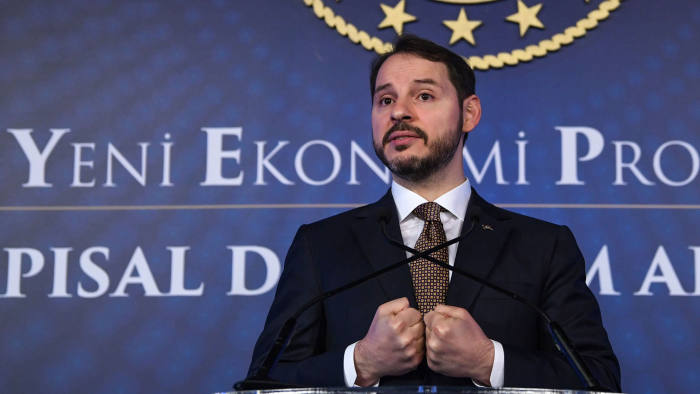 A surge in lending and spending will steer Turkey away from recession.

Experts predict that figures released at the end of May will show Turkey’s economy is set to leave recession, with figures showing economic growth for the first quarter of the year.

The bounce back has been due to President Recep Tayyip Erdogan’s measures before the local elections in March. Erdogan increased government spending in a bid to persuade voters to go his way in the polls as the economy suffered due to the country’s lira crisis. State banks were encouraged to increase lending and lower their rates, while the government offered tax cuts and employment incentives.

The stimulus has not only limited economic pain for voters, but gone some way into pushing Turkey out of the doldrums. Better than expected results in industrial production, retail sales and job creation helped buoy the economy, countering the doom and gloom Turks are all too familiar with after a fallow few months.

Turkey’s finance minister Berat Albayrak recently announced the worst was behind the country.

“The light at the end of the tunnel has begun to grow,” he said last week.

The word from analysts seems to support this hope, with Goldman Sachs predicting the first-quarter figures will show a 1.3 percent expansion, after a 2.4 percent contraction in the preceding quarter.

However, the same analysts warn that the growth is not sustainable, and that country could face a longer path to recovery than many are hoping.

Inflation has remained at close to 20 percent over the past  few months. Combined with the currency devaluation, this has forced the central bank to keep its interest rate at a crippling 24 percent, which has had a knock-on affect on investment.

A briskly deteriorating budget deficit, which is putting Erdogan’s hard-won reputation as an economic saviour at risk, means there is a limited capacity for further stimulus.

“The weaker lira and higher market interest rates will weigh on the near-term growth outlook,” said Ugras Ulku, an economist at a US-based think-tank.

He went on to explain that further lira weakness will impact corporate profits and consumer sentiment.

Albayrak has promised a plan to address Turkey’s corporate debt, which is also becoming unmanageable with the weakening of the Turkish lira, by injecting almost US$5 billion into Turkey’s state banks.

The past few weeks of volatility have prompted talk about seeking help from the International Monetary Fund, a prospect Erdogan has repeatedly ruled out.

However, analysts say Turkey’s position hangs in the balance.

“If Turkey battens down the hatches, slows credit and accepts a period of deleveraging, then there’s a scenario where [it] can muddle through for the next year or so,” said an analyst at the Washington-based Council on Foreign Relations.

However, he added a warning: “if it continues to try to support activity by putting pressure on banks to increase lending, by trying to informally hold deposit rates down and lending rates down, and continues to use its reserves to limit depreciation pressure, it runs the risk of leaving itself vulnerable to a quite significant crisis”.