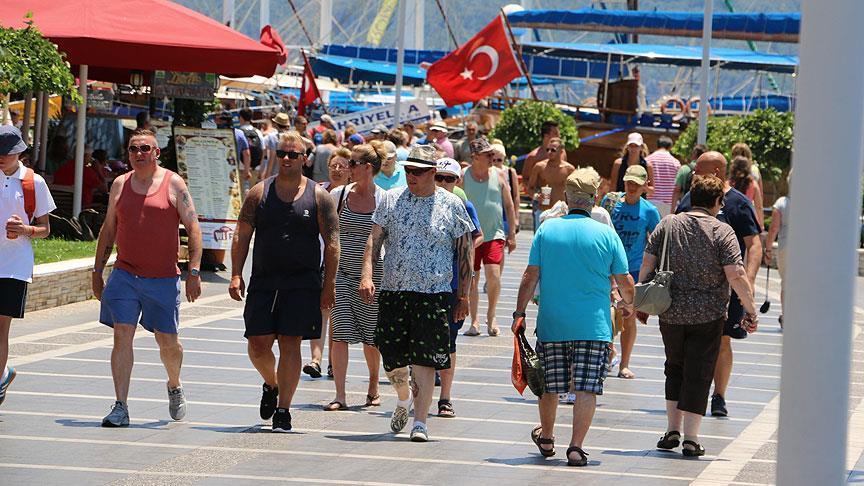 Turkey's position as one of the world's top tourist destinations is looking solid.

The number of tourists entering the country is increasing year on year, with 51.8 million visiting in 2019.

With the arc of Turkey's popularity climbing ever higher, it's little surprise that officials believe the 2023 goal of 75m tourists, earning the country almost $35bn, is well within reach.

Vice chairman of the Association of Turkish Travel Agencies Ali Bilir said it's all down to diversification. With the development of new destinations within the country, as well as strengthening tourism sectors like health and thermal, Turkey's appeal is now much greater than a handful of sunny beaches.

“With the hospitality of Turkish people and the quality of the facilities, Turkey is not very far from reaching the 75 million target,” Bilir said.

After a bumpy few years, including an attempted coup in 2016, Turkish security is better than ever, creating a positive perception of the country as a place to travel, he added.

Where do tourists come from, and where do they go?

The largest tourist share are Russians, with seven million visiting Turkey in 2019. Next, are the Germans, with five million arrivals in 2019. After that comes Bulgarians, British and Iranians.

Antalya in particular has grown in popularity in recent years. With more than 1700 tourist attractions and a 600,000 bed capacity, there is plenty of potential in the thriving southern city.

Turkey is working on carving out niches in several industries, Bilir said.

Cruise ship and thermal tourism are ascendant industries, as is healthcare tourism.

With quality hospitals and top service at affordable prices, Turkey has become one of the world's top five countries for health tourism, Bilir said. As Europe's population ages, Turkey is filling a gap for older Europeans wishing to bypass lengthy hospital queues back home, he added.

Turkey is working to market itself in existing and new markets with tourism fairs and films abroad. Back home, a new generation of Turks are training at vocational schools to cope with the visitors.

There's also a move to limit all-inclusive holidays, which keep people at their hotels, Bilir said. Overall, tourists spend $73 a night. This figure could be increased if tourists are encouraged to leave their hotels in search of outside attractions.