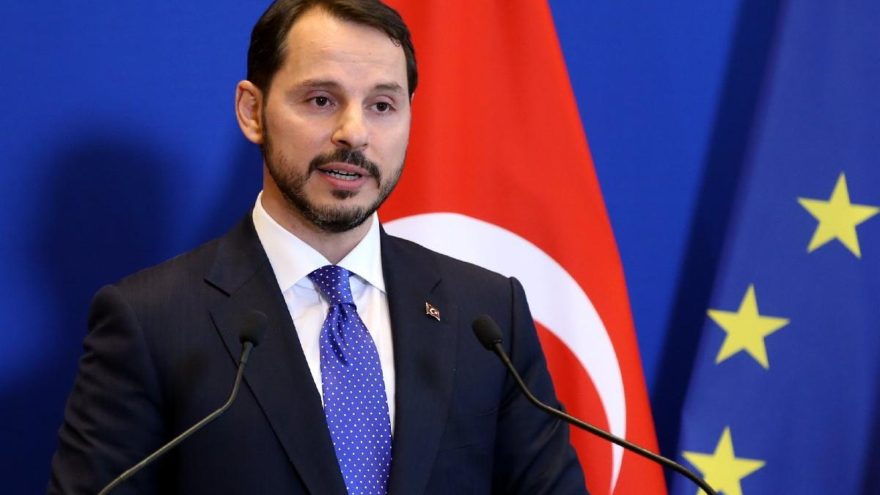 Beret Albayrak the Turkish Finance and Treasury minister has been in discussions with his Washington counterparts to negotiate increasing the trade between Turkey and the U.S.A to 75 billion USD, which would be a massive 50 billion USD increase.

During his visit to the White House Albayrak met with Donald Trump, the President of the U.S and spoke about the Russian S-400 missile defence system that Turkey has purchased. The President apparently appeared positive, calling the discussions constructive and useful.

Albayrak and Ruhsar Pekcan the Trade Minister entered into further discussions with President Trump’s senior advisor, Jared Kushner, and the US Secretary of Commerce Wilbur Ross. In attendance were other Turkish and U.S officials as talks covered the bilateral trade volume, with further discussions that were to be held in Washington the following day.

Albayrak spoke to a number of American business leaders and said ties between Turkey and America need to be as strong as their security partnership. Albayrak acknowledged that the, “historical depth and institutional strength of the security alliance” stands as the “linchpin” in bilateral relations. Albayrak spoke about his vision for the future relationship between the two countries.

Could this partnership work?

Albayrak admitted that he was aware that creating a perfect relationship would not be plain sailing. He went on to note that there are strains in the bilateral relationships between the NATO allies, however, he stated that “this should not prevent us from looking to the future with a positive outlook.” Albayrak confirmed that regardless of everything, Turkey and the U.S should work together to create a positive and achievable agenda.

How are current relations between Turkey and America?

In the past few months tensions have boiled between Turkey and the U.S due to Turkey receiving the S-400 Russian surface to air missile system. Washington believes this could threaten the role Turkey is set to play in the F-35 fifth generator fighter jet program and cause congressional support. Due to this the U.S have suspended parts and services related to the multi-million dollar jets in Turkey. Ankara purchased the Russian S-400 system in 2017 after their efforts to purchase an air defence system from America failed.

Should Turkey partner with Russia or America?

Officials in the U.S have suggested Turkey should purchase the U.S patriot missile system instead of the S-400s from Moscow. They believe the Russian system will not be compatible with NATO systems and the F-35 may be compromised and could be left open to Russian deception and interference. In their defence, Turkey affirmed the S-400 would not be combined with NATO and there would be no sort of danger to the partnership.

The Foreign Economic Relations Board of Turkey (DEIK) coupled with the Turkey-US Business Council (TAIK) and the American-Turkish Council (ATC) have organised a three day business event in the U.S which Albayrak will attend. Other attendees include Hulusi Akar the National Defence Minister, the Energy and Natural Resources Deputy Minister Alparslam Bayraktar and Ruhsar Pekcan the Trade Minister.