Tourists return to Cappadocia after a five month wait 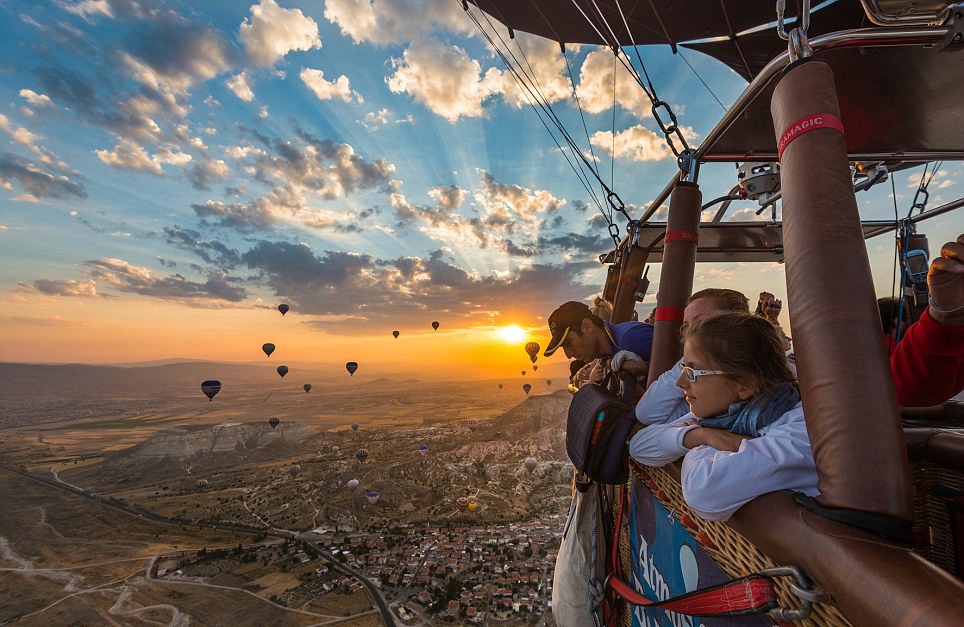 In the second week of March, the General Directorate of Civil Aviation cancelled all hot air balloon tours in Turkey’s touristic region of Cappadocia as part of the country’s fight to contain the COVID-19 outbreak. As of August 22, flights were recommenced, after a five-month break.

Tevfik Olmez, the Chairman of Anatolian Hot Air Balloon Operations Association (ASBID), said that they were extremely happy with the decision to restart the tours. He continued to say that there were restrictions in place in order to prevent against the spread of the virus and comply with the regulations set out by Turkey to safeguard tourists.

According to the regulations, each company is only allowed to use one balloon, meaning that there will be a total of 27 balloons in use for tours in Cappadocia; this allows for the tours to be held in a controlled manner, reducing the number of people at any one moment, and allowing for the social distancing rules to be followed and implemented.

It was noted by Olmez that there is currently a huge demand for the tours, especially from visitors and customers staying in boutique hotels in Turkey across the Cappadocia region.

The regional Chairman for the Turkey Travel Agencies Association (TURSAB) for Cappadocia, Talip Aldemir said that the tours beginning to restart will boost the tourism sector in the region as a whole.

Some customers were said to have cancelled reservations due to the fact that they wanted to go on tours and photograph the balloons flying over the region, which is famous for its fairy chimneys and views, according to Aldemir.

Hopes for increased traffic to the region

They are expecting the number of foreign and native visitors to the region to increase with the decision to restart the tours, Aldemir hopes. The Health Ministry has provided the numbers of cases per region and it is shown by the figures that Cappadocia is one of the safest in the country.

Originally the postponement of the tours made by the General Directorate of Civil Aviation had planned to be as long as until October 1, however, with Turkey managing to control the virus and keep cases low, tourism in the region managed to open earlier than expected.